It turns out that Apple's printer driver development was secretly closed 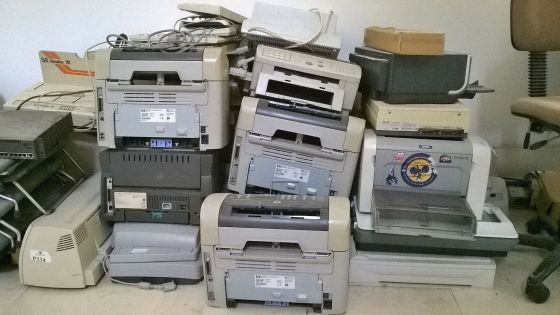 Printers, which used to be an indispensable device for work a long time ago, have greatly reduced their opportunities to play an active role due to the spread of smartphones and tablet terminals and the introduction of video conferencing. Apple, which created the trend toward paperless iPhones and iPads, was actually developing a driver to operate the printer, but it turned out that the development had stopped in 2020. ..

The printer driver ' CUPS ' for UNIX and Linux was released by Michael Sweet in 1999 and has become the industry standard for using printers on Linux. In 2007, CUPS was acquired by Apple, and developer Sweet decided to join Apple. Since then, CUPS maintenance has been done in Apple's GitHub repository . Yoon Chae-kyung reported on his blog that the development of such CUPS stopped as soon as 2020 began. The development of CUPS was active until 2019, but from the beginning of 2020, the number of 'commits' indicating program changes has dropped sharply. Almost no one is developing the CUPS GitHub repository. 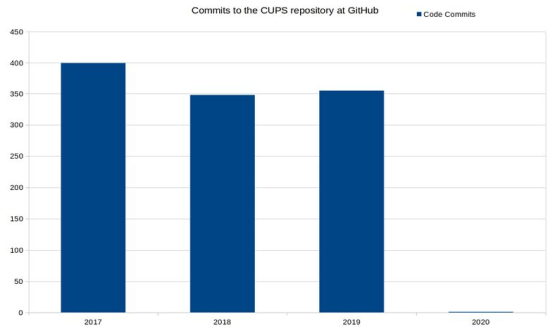 Development has stopped because Sweet left Apple in December 2019. In a

blog dated December 20, 2019, Sweet reports 'leaving Apple' and 'starting a new company with my wife.' Looking at the most recent commit logs in the CUPS repository, it's understandable that most of the commits were by Sweet, and that Sweet's departure would stop Apple from developing CUPS. 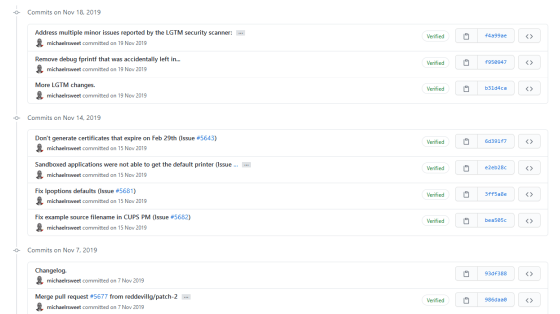 However, Yoon points out that the end of Apple's development of CUPS does not lead to the end of 'CUPS' itself. The project '

You can also see Mr. Sweet in the commit log of the CUPS repository maintained by OpenPrinting, indicating that Mr. Sweet's CUPS development location has moved to OpenPrinting. Mr. Sweet is not only developing CUPS, but also developing a framework ' PAPPL ' that can be used between CUPS and applications. 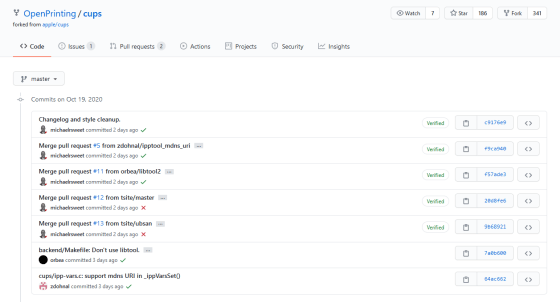 'I'm happy to be able to use printers on Linux in the next few years, but the future is likely to come from Open Printing, not Apple,' said Yoon.