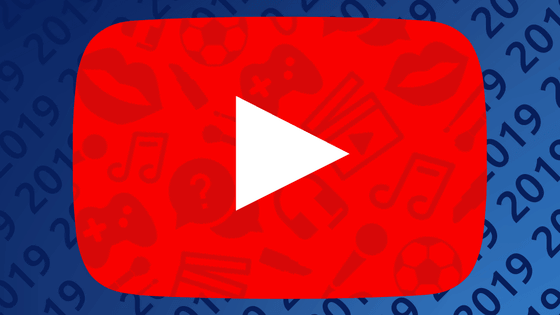 In the live distribution of YouTube channels, which has become possible to monetize, in addition to the revenue from advertisements, the revenue from “ super chat ” where viewers donate money directly is earned. On the Playboard, a site that collects and ranks viewer ratings of YouTube channels around the world, the ranking of the cumulative amount of super chat has been announced, and 8 of the top 10 at the time of article creation are Japanese, and It was revealed that 7 of them were virtual YouTubers (VTuber).

Coco Kiryu is a VTuber belonging to the VTuber office ' Holo Live Production ' and is a dragon studying Japanese. It is mainly distributed in Japanese, but because it is fluent in English, it seems to be particularly popular overseas.


◆ 2nd place: Vertical and Horizontal Research Institute
The Vertical and Horizontal Research Institute is a Korean channel that publishes videos of news about politics and performing arts, which was collected using its own connection. From the fact that even extreme content that can not be broadcast on television to deliver, from time to time in Korea turmoil sparked, it has become a discussion.

Rushia Junba is a VTuber belonging to Holo Live Productions, a necromancer who belongs to Makai School. He is good at horror games and seems to have many fans not only in Japan but also overseas.

Akua Minato is a virtual maid from Holo Live Productions who specializes in games and songs. It ranks in the top 10 among VTubers with over 800,000 registered bilibili videos in China.

Kuzunoha san, virtual Lai bar group ' rainbow disaster neat gamers vampire who wish to in the' belongs VTuber, is nourished are suitors to oil tycoon. The main activity is to play games for a long time, and sometimes the game is played continuously for 12 hours.

Hokane Marin is a VTuber who belongs to Holo Live Productions, and for the time being longing for female pirates, the only thing she looks like is a pirate woman. With a characteristic voice and tension, we are mainly engaged in the live broadcasting of games and the distribution of drawing.

United Gamer , Dylan, is a YouTuber who plays various games centered around Nintendo games and Pokemon series, and has been active since 2009.

MSS Project is a live game/music production unit that focuses on Nico Nico Douga and YouTube. I've been active since 2009, and I'm posting videos in various genres that aren't tied to music and game play.

Haneru Inaba is a VTuber with a rabbit motif and is the leader and group leader of the VTuber group ' Yukacha Animare '. In addition to games, we are actively distributing collaborative projects that go beyond the boundaries of the group.


Note that 30% of the revenue from Super Chat will be collected as a fee on YouTube, and fees for payments, services, and apps will also be deducted, so the distributor will not receive all the displayed amount.