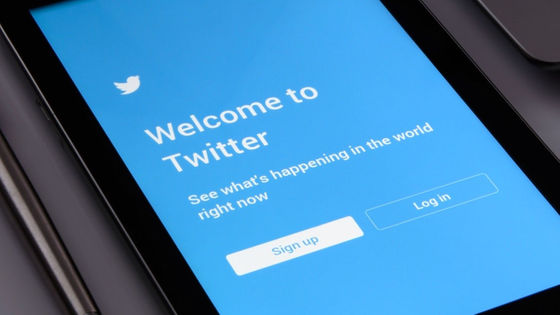 Twitter has established a new Transparency Center to ensure the freedom of expression and the right to privacy, and the promise of an '

open Internet ' that allows for free exchange of opinions.

Since 2012, Twitter has received semi-annual semi-annual requests for information disclosure from government agencies and copyright-related parties, and whether or not Twitter has taken action (whether or not it has actually disclosed information). We have published the report 'Transparency Report' that summarizes the number of However, various changes have occurred in the world from 2012 to 2020, and the importance of information sharing of how rules on the platform are enforced and efforts for information manipulation on a national scale have been so far As it's more than ever, Twitter has created a new Transparency Center. 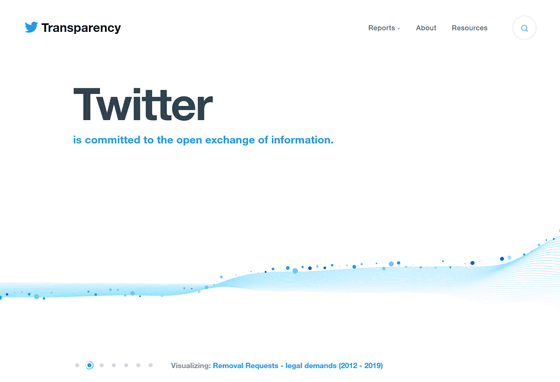 At the Transparency Center, 'Information Requests' that summarizes information requests by government agencies, 'Rule Enforcements' that reports the number of crackdowns on harassment, child pornography, and revenge pornography , accounts related to information manipulation on a national scale are created. You can view reports such as 'Information Operation' to be reported. 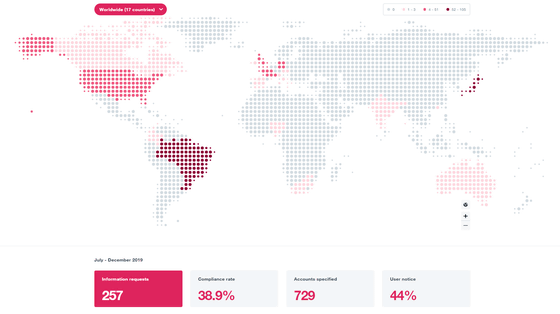 Click to enlarge the map for detailed information on each country.

The glossary tooltip is a mechanism that when you click a term, the explanation of that term is displayed in a pop-up.

Each content will be published soon in Arabic, Turkish, Spanish, German, French, Portuguese, and Japanese as well as English. At the time of establishment, each content posted was related to data for the period from July 1, 2019 to December 31, 2019.

Twitter explains that protecting the open internet is an important goal and reason for its existence. Two important points are “protecting competition and preventing oligopoly” and “how content focuses on the power of transmission, not just removal”.

Protecting the #OpenInternet is a key objective for Twitter – it's why we exist.There are two key areas to consider:
1. Avoid entrenching the dominance of the biggest players by protecting competition
2. Focus on how content is discovered + amplified, less on removal alone