It is reported that an internal investigation by Facebook revealed the reality that 'a huge community of conspiracy theories exists on Facebook.'

QAnon groups have millions of members on Facebook, documents show

NBC News, a U.S. news production company, said on August 11, 2020, ``We found that Facebook has millions of QAnon conspiracy theories from an internal document about Facebook's internal investigation. It was reported.

QAnon is a collective term for people who support a series of conspiracy theories, including sentences posted by a person who calls 'Q' on 4chan , an anonymous image bulletin board overseas. He is sometimes called a far-right conspiracy theorist because he is an enthusiastic supporter of President Trump and has a ' deep state ' argument that states that American politics are under the covers. QAnon also claims a conspiracy theory called 'Pizza Gate, ' where Hillary Clinton , a Trump opponent in the 2016 presidential election, was involved in child prostitution at a pizzeria. ``We have a once-in-a-lifetime opportunity to thwart the global conspiracy of devil-worshiping pedophiles,'' said Georgia Republican and publicist QAnon proclaimer Marjorie Taylor Green. I have a president who can do things,' he said .

It has been pointed out that Facebook is a hotbed of QAnon for some time, but it is reported that this survey actually identified more than several thousand Facebook pages regarding QAnon. In addition, among the QAnon-related groups found in the survey, the top 10 groups have a total of more than 1 million members, and when added to the number of followers of QAnon-related Facebook pages, the number is 3 million people. It was over. However, we do not know the number or proportion of members who have duplicated membership in multiple groups.

According to two active Facebook employees who provided information to NBC News on condition of anonymity, if Facebook decided to take any action based on the results of this survey, it is likely to announce that. That. Also, when Facebook embarks on QAnon countermeasures, it is expected that it will aim to reduce the name recognition of the community by rejecting advertisements and excluding it from search results, similar to anti-vaccine measures . 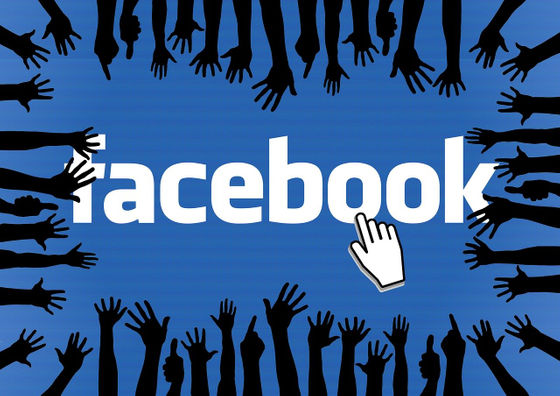 'Facebook is definitely one of the biggest underpinnings of the QAnon community,' said Joan Donovan, a sociologist at Harvard Kennedy School. Will continue to expand.'

A Facebook spokeswoman also told NBC News, 'For Facebook, QAnon protection is not a new initiative. We consistently act on QAnon-related accounts, groups, pages, etc. that violate Facebook's terms. We have just recently removed a large group of partners with QAnon in accordance with our content policy, as we have a team that keeps an eye on QAnon policy violations, We are also considering taking new actions.'

A Facebook spokeswoman responded to an NBC News interview via email, but withdrew his name for fear of harassment by QAnon.