KFC-MEAT OF THE FUTURE: KFC AND 3D BIOPRINTING SOLUTIONS TO USE A BIOPRINTER TO PRODUCE KFC NUGGETS
https://global.kfc.com/press-release/meat-of-the-future-kfc-and-3d-bioprinting-solutions-to-use-a-bioprinter-to-produce-kfc-nuggets/

On July 16, 2020, KFC announced that it will work with the Russian Institute for 3D Bioprinting Solutions to start the development of an innovative technology for producing chicken with 3D bioprinting. KFC explains about this effort: 'The idea of making'future meat' (with 3D bioprinting) is growing in popularity for a healthy lifestyle and nutrition, increasing demand for traditional meat alternatives, and more environmentally friendly. It was born between partners in response to the need for food development.' 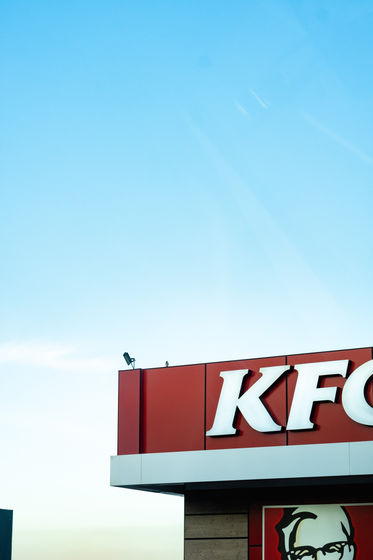 According to KFC, the project to make chicken for chicken nuggets using 3D bioprinting technology 'is aimed at making the world's first 'laboratory chicken nuggets'.' In addition, he says, 'Environmentally friendly than regular meat, making both taste and appearance as close as possible to traditional KFC products.'

The 3D Bioprinting Solutions Laboratory is developing an additional bioprinting technology using chicken cells and plant material, which can reproduce the taste and texture of chicken meat with almost no involvement of animals in the production process. That's right. KFC provides the 3D Bioprinting Solutions Laboratory with all the information needed to make chicken nuggets such as bread crumbs and spices and aims to faithfully reproduce the taste of KFC.

KFC also explains the advantages of using 3D bioprinting. Not only does the meat produced by 3D bioprinting technology have the same ingredients compared to natural meat, but it also has less additives than traditional agricultural and livestock produced foods, resulting in a cleaner final product. It will be a good food.

Furthermore, according to a study in the American Environmental Science & Technology Journal, the technology of growing meat from cells has the least negative impact on the environment, reducing energy consumption by more than half and reducing greenhouse gas emissions by a factor of 25. It is possible to reduce it. In addition, it consumes 100 times less land than traditional livestock-based meat production. Raisa Polyakova, General Manager at KFC, said: 'At KFC, we carefully check all the latest trends and innovations and do our best to keep up with the times by introducing advanced technology to our network. Meat products are the next step in our concept of a “restaurant of the future.” Our experiment with 3D bioprinting technology to create chicken products addresses some of the impending global issues. Is also useful.'

``The 3D bioprinting technology was initially well-recognized in medicine, but is now popular in the field of meat and other food production,'' said Yousef Quesani, co-founder of the 3D Bioprinting Solutions Laboratory. In the future, the rapid development of these technologies will make 3D-printed meat products more accessible.The technology created as a result of the collaboration with KFC is a cell-based meat product. Will help accelerate its time to market.'

Regarding 3D bioprinting chicken that was jointly developed by KFC and the 3D Bioprinting Solutions Laboratory, 'There is currently no other way to produce such complex foods from animal cells.'