I tried using the add-on 'Mate Translate' that translates the text on the web page for free &amp; teaches pronunciation 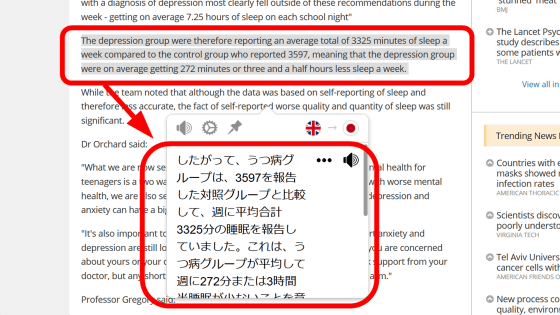 When collecting information on the Internet, you may run into a web page written in a foreign language, and you may have trouble reading the text. ' Mate Translate ', which is an extension for browsers, can translate foreign language web pages opened in Firefox or Chrome for free, teach foreign pronunciations, and translate Japanese sentences into foreign languages. I will do it and I actually tried using what kind of extension function it is.

This time, I'll try using Mate Translate on Firefox, which doesn't have a default translation feature in the browser. Access the Firefox add-on distribution page and click 'Add to Firefox'. 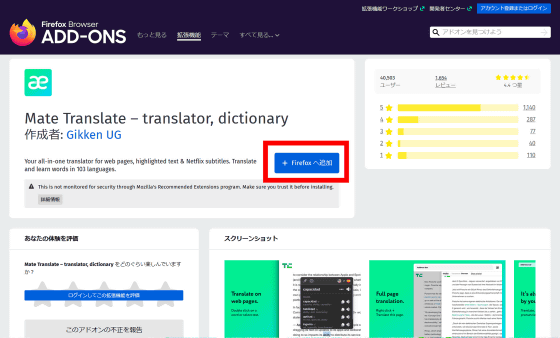 A pop-up asking for permission to add add-ons will be displayed, so click 'Add'. 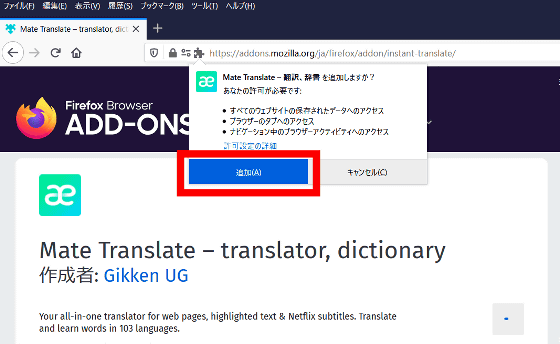 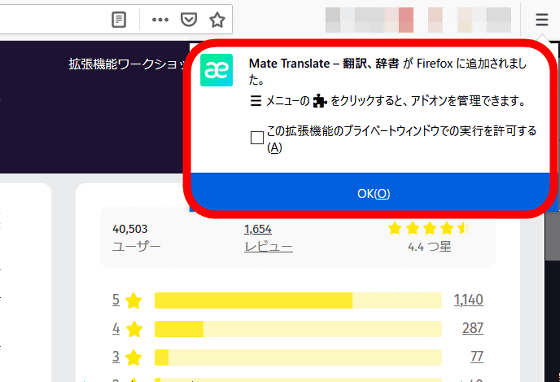 When I opened a new window, I could confirm that the Mate Translate icon was added in the upper right.

While visiting the website, I arrived at a web page written in English, but Mate Translate is useful when I am having trouble reading the text. When you right-click on the web page to open the menu screen, the item 'Translate this page into Japanese' will be displayed with the Mate Translate logo. Click this item... The sentence was translated into Japanese on the same web page without transitioning pages. By using Mate Translate, you can open Google Translate in a separate tab and save the trouble of copying and pasting sentences to translate. The translation engine seems to be using Google Translate. Also, if you click 'Show Original' at the top of the screen... The original text is displayed again. 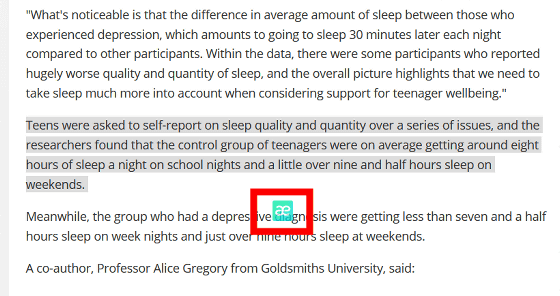 Right-click on the selected sentence to open the menu, select 'Mate Translate' and click 'Automatic detection to Japanese'. 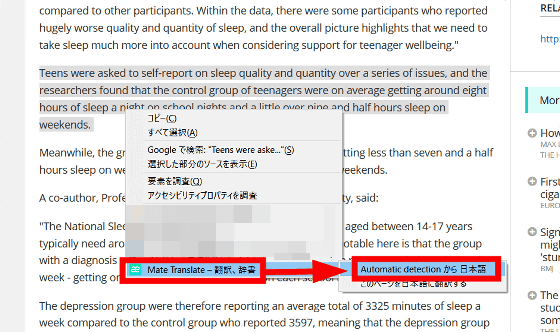 Then, the Japanese translation was displayed on the popup screen. By clicking the speaker icon in the upper left of the pop-up screen, the selected sentence will be read aloud, so it can also be used for listening training. Of course, you can also look up the meaning of the dictionary for each word and check the pronunciation. 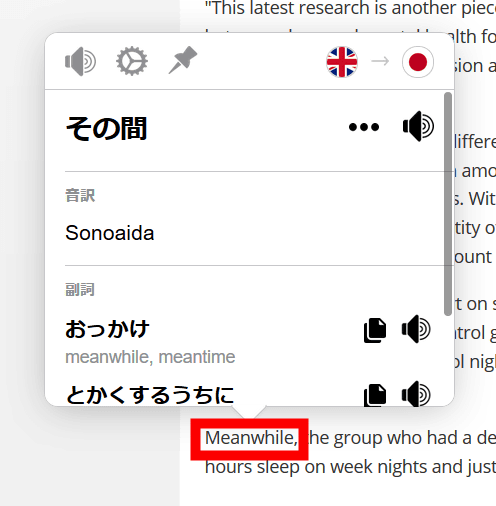 Mate Translate supports 103 languages, so you can translate and read in languages other than English. 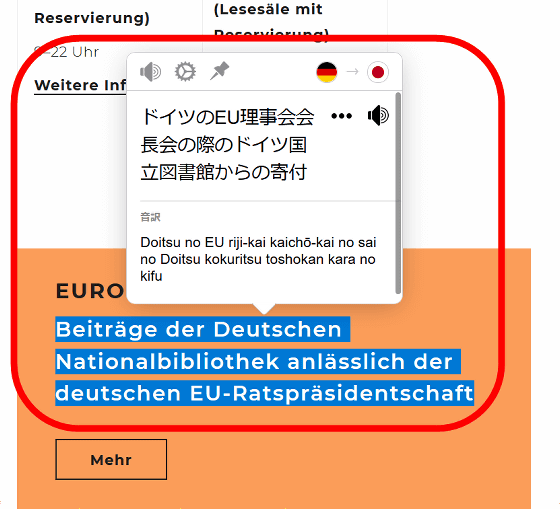 Click the icon in the upper right corner of the screen to display a form that can be translated manually. 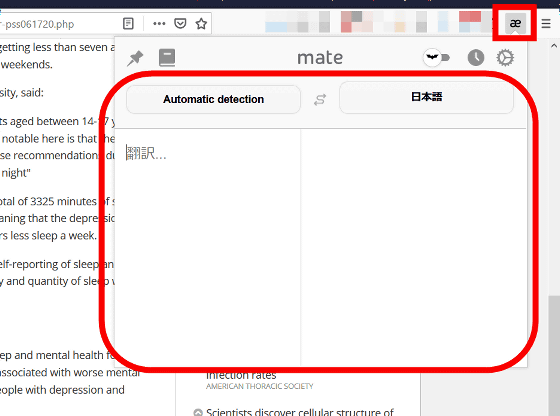 When I entered Japanese and tried translating it into English, it worked well. 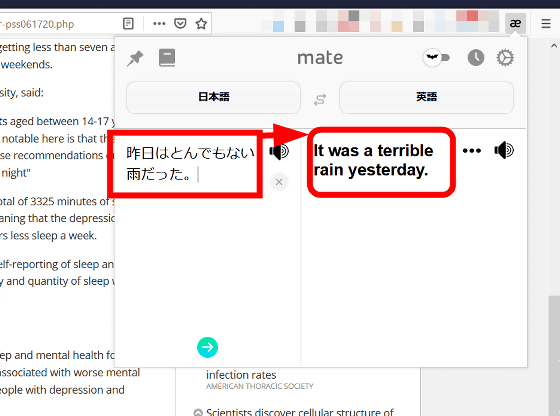 Of course, you can translate it into sentences other than Japanese. 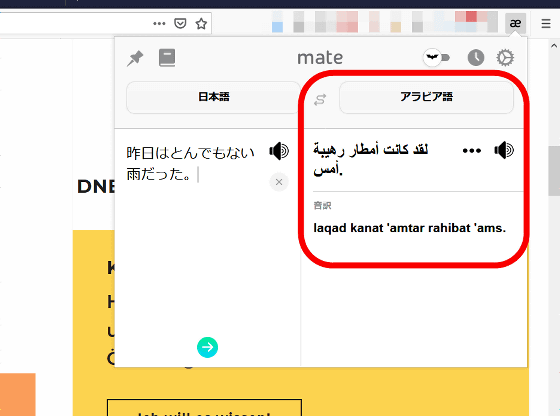 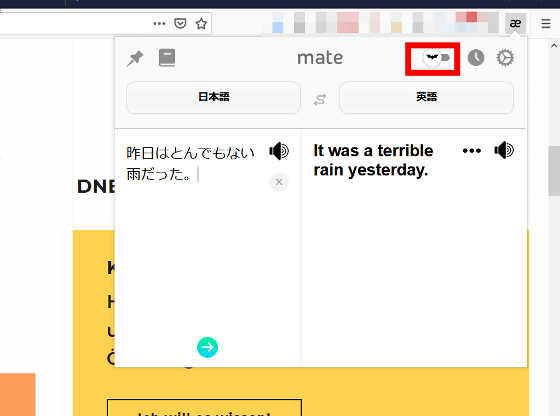 Can be switched to dark mode. 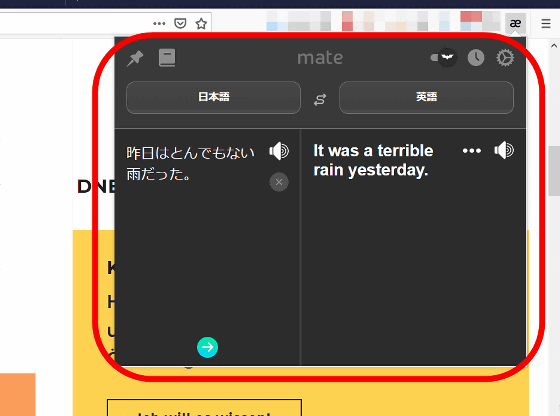 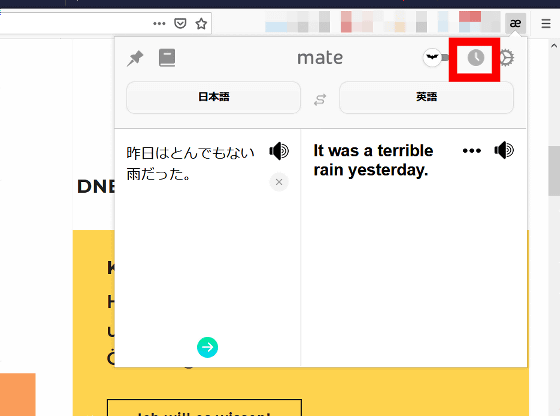 The history of translation using Mate Translate is displayed. 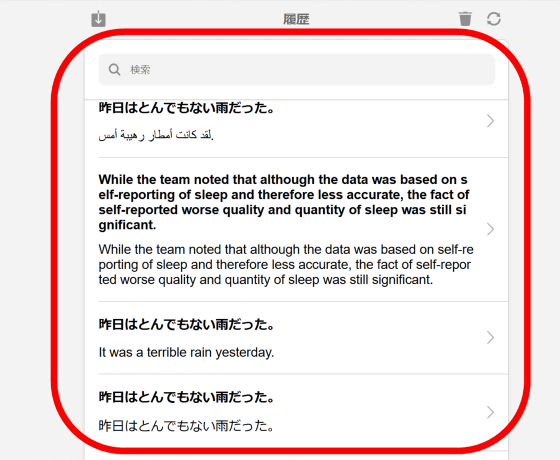 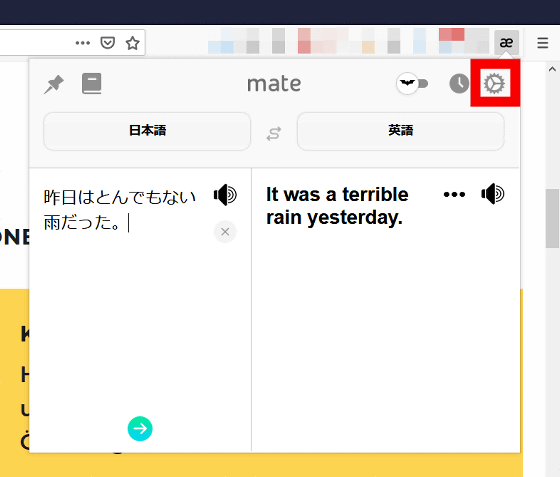 By double-clicking on a word, you can turn on/off the option for translating, and you can change the size of the pop-up screen that appears. 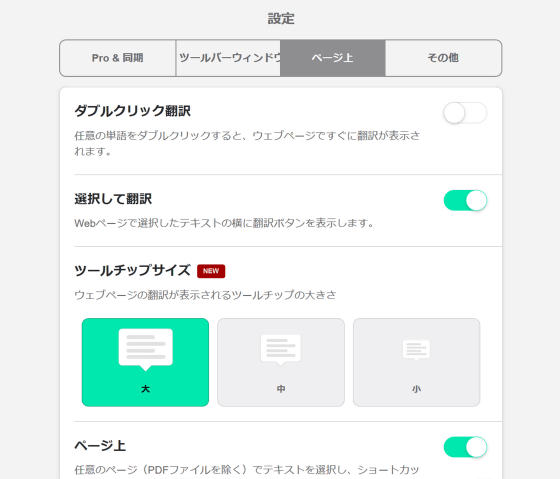 In addition, Mate Translate can be used not only with Firefox but also with various browsers such as Chrome, Edge, Opera. It is also possible to synchronize the history between different browsers. 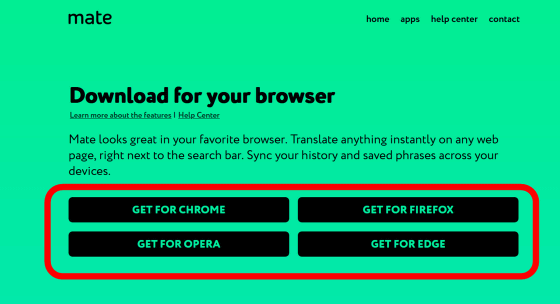 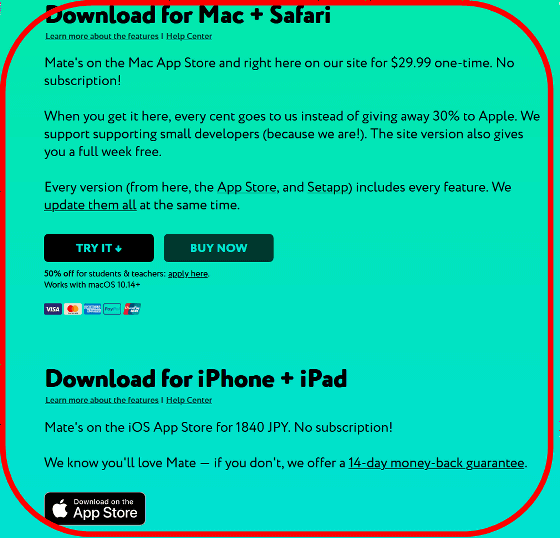