Will 'automation of labor' proceed at once with the outbreak of new coronavirus infection? 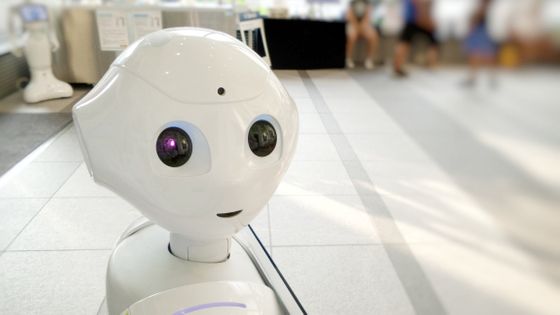 As a measure against the new coronavirus infectious disease (COVID-19), urban blockades and restrictions on economic activities are being implemented in various countries, and the unemployment rate is increasing all over the world. At the same time as this movement, the question 'Does the movement to automate existing work progress with the pandemic of COVID-19?' is explained by

Jonathan Roberts , a robotics engineer at the Queensland Institute of Technology. doing.

The coronavirus has thrust human limitations into the spotlight. Will it mark the rise of automation?
https://theconversation.com/the-coronavirus-has-thrust-human-limitations-into-the-spotlight-will-it-mark-the-rise-of-automation-139198 Discussion of the problem 'Do not from being run out of a lot of work in an automated by a robot?' Is, researchers at Oxford University in 2013 announced (PDF file)

paper was spread in the wake of. In this paper, it was pointed out that various occupations such as administrative support workers, telephone sales, and acceptance of insurance companies could be automated, so many people became concerned about unemployment due to automation.

However, as automation goes on, the number of unemployed people will increase directly, and Roberts points out that it cannot be absolutely said. Naturally, some automation will replace the human workforce, but in other areas it will create new businesses, jobs, and benefit existing employees. The answer also depends on whether the number of jobs considered is in some regions, all over the country or the whole world.

Robots have already been widely adopted in developed countries, and robots are replacing humans for repetitive tasks in factories. Roberts thinks that this movement will spread to developing countries in the future, but in the niche manufacturing industry, the aerospace industry that requires high technology, etc., and the production sites of unique fashion and highly designed products The introduction of robots may create new jobs.

Australia is one of the countries where industrial automation is progressing, and in particular, it is the world leader in the automation of mining equipment. In Australia, where the mining industry is thriving, many mines have installed automated machines inside the mines, and a system has been established for employees to operate and monitor the machines from a remote control center.The highly automated COVID-19 It was possible to continue the operation of the mine during the Pandemic.

'In recent years, there are two key drivers driving the faster and wider transition to automation,' Roberts said. The first is the idea that “automation should enhance the ability to manufacture products and supply services, and build a supply chain that is less susceptible to global problems.” Automation of the manufacturing process is of great help in improving domestic manufacturing capacity.

And the second is the requirement that 'we need to create a society that reduces social contact between people in preparation for the threat of pandemics after COVID-19'. The new coronavirus is known to spread by physical and physical contact, so the introduction of self-checkout and cashier-free stores such as '

Amazon GO ' provides a way to reduce the possibility of infection. To do. 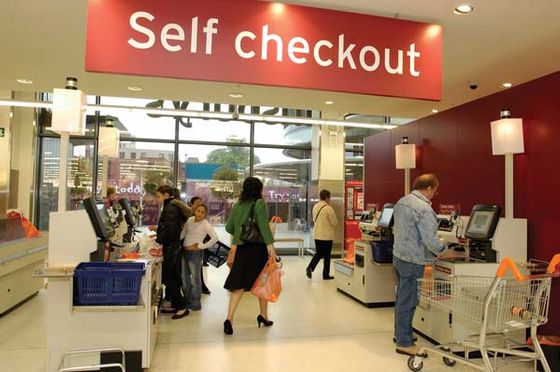 Many people think that robot automation will reduce employment, but the wave of automation may not proceed in the order that the general public thinks. It is common to think that 'introduction of robots preferentially takes jobs with low skills', but 'low jobs with non-experts' thinks that it is not the case from the viewpoint of robot engineers There are also, says Roberts.

For example, a “cleaner” who cleans a room or a building is generally considered to require high skill, but the robot automates the work of cleaning different places in each building within a fixed time. Seems too complicated for. In fact, although there are robot vacuum cleaners that only clean the floor without extra objects, general-purpose robots that can clean various places indoors still exist only in SF.

In Australia, 'fruit harvesting', which is mainly supported by migrant workers from abroad, is a complicated task when disassembled in detail. Although several prototypes of robots that automate fruit harvesting have been developed, they have not reached the market. It has been pointed out that there will be a shortage of human resources to harvest fruits in Australia due to travel restrictions due to the COVID-19 pandemic, but it seems that robots are unlikely to solve the labor shortage in the next few years is. And the biggest issue to consider in advancing automation is the additional cost and burden of replacing the labor force with trash. Automation requires a lot of money, and changing labor processes creates a lot of confusion, so it takes time to make a profit. While many companies are struggling to lose revenue due to the COVID-19 pandemic, it's clear that introducing automation is considered a high risk, but Roberts said He said that there is a possibility of getting a large return in the future.