OpenAI makes it possible to use an AI model that uses the super-accurate language model 'GPT-3' as an API, and a demo movie that searches the contents of Wikipedia by 'question' 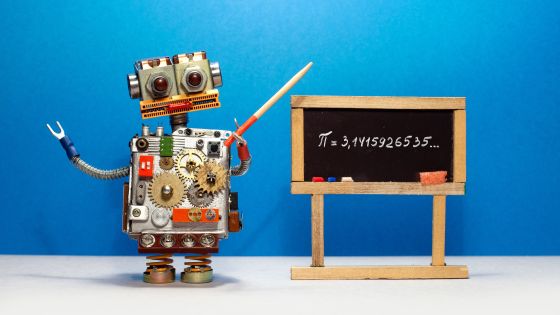 Very accurate for the sentence can be generated as 'too too dangerous' endangered language had been a model ' GPT-2 , the developer of' ' OpenAI ' is, the next generation of sentence generation language model ' GPT-3 ' We announced an API that makes it possible to use AI models that use. This makes it possible to incorporate the OpenAI AI model into products and develop new applications that make full use of the AI model.

The API that OpenAI plans to release is that you can get supplementary sentences by giving arbitrary sentences with specific patterns. The weight of the GPT-3 family is used, and it is designed so that anyone can use it easily. A demo movie of operating Excel using API has been released.


When you enter a topic and execute the API... 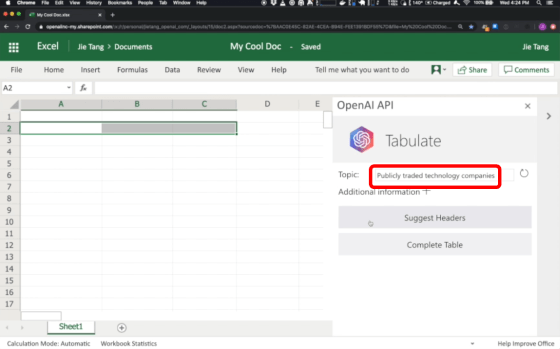 The header that matches the topic you entered is automatically completed. 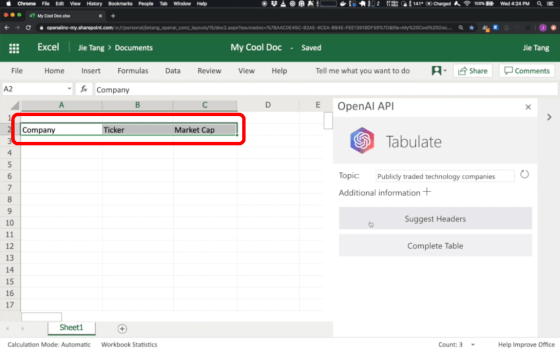 The contents of the table can be complemented automatically. 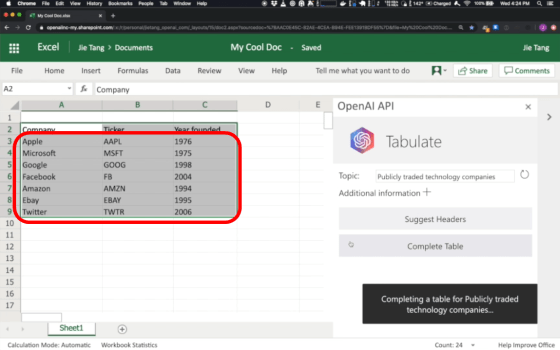 Below is a demo movie of the browser extension used in Wikipedia.


If you open the 'Bread' page of Wikipedia and enter 'Why is fluffy in bread?' into the extension function that implements the API... 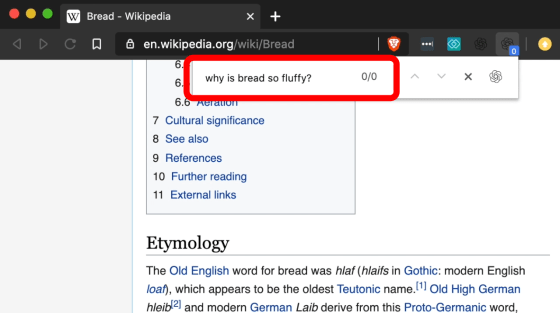 I searched the page and found the answer to the question. There is even a demo running the 'df' command that shows the free space on the disk, asking the question 'How much disk space?'

The API that OpenAI has decided to release this time will be sold as a product in order to secure sufficient research and development funds. Regarding the reason for releasing AI with API instead of making it open source, 'to secure research funds' 'to provide a large-scale AI platform to a small organization' 'response to misuse of technology' “To make things easier,” commented OpenAI. OpenAI also acknowledges that the language model GPT-3 has a bias, and it is said that it will proceed with research in cooperation with users.

The OpenAI API is in beta stage at the time of article creation and can be used free of charge. It can be used by applying from the website below.