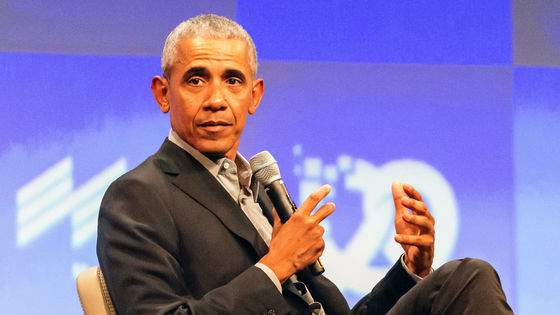 Minneapolis City, Minnesota, USA on May 25, 2020, George Floyd's black is white 'was suffocated been overpowered a police officer death of George Floyd in the wake of what happened is' incident, A large-scale protest was held in the city of Minneapolis. Then, on May 28th, the protesters of the demonstration turned into mobs in the wake of the collision with the police force and developed into large-scale destructive activities such as store destruction, looting, and arson. This Minneapolis riot has spread throughout the United States, with various effects, including postponed scheduled events. Regarding this situation, former US President Barack Obama, who became the first American to become president of a colored race, said, 'How can we really change society on this occasion?'

How to Make this Moment the Turning Point for Real Change
https://medium.com/@BarackObama/how-to-make-this-moment-the-turning-point-for-real-change-9fa209806067

Obama says, 'It really depends on whether a new generation of activists will develop the best strategy for the era, whether or not society will really change.' He points out that there are some lessons learned.

'First, the wave of protests across the United States represents a genuine and legitimate complaint of not reforming the American police system and the broader criminal justice system for decades. President Obama said. As the police officers in Camden, NJ, dressed in uniforms and participated in the protest march , the protesters deserve respect and support and should not be criticized. I will.

In New Jersey the police officers are protesting WITH the people shouting no justice no peace.This is how it should be, every police station should be walking with their community there is no excuse! pic.twitter.com/8pwkCOA2fP

On the other hand, whether from pure anger or mere opportunism, minorities use various forms of violence to jeopardize innocent people, further substituting areas already lacking services and investment. Former President Obama points out that it has destroyed and left the cause behind. 'I saw an elderly black woman interviewed in tears today as the only grocery store in the neighborhood was destroyed. Don't forgive, justify or participate in violence. If we want our criminal justice system and the whole of American society to operate under higher ethical norms, we must model those norms ourselves.' I will. 'The reoccurrence of racial prejudice in the criminal justice system can be changed only by protest and direct action, proving that voting and participation in electoral politics is a waste of time.' Former President Obama disputes the opinion. 'The point of the protest is to raise public awareness, unfairly spotlight, and make power uncomfortable. But in the end, citizens' hopes are turned into concrete legal and institutional practices. It needs to be transformed. In democracy, that transformation is only possible if we have elected legislators to meet our demands.'

For this reason, former President Obama has complained, 'If you want to make a difference in society, you must exercise both protests and politics, not both.' Former President Obama said, 'If we can more specifically demand criminal justice and police reforms, legislators will no longer provide pledges, and if protests calm down, they will continue to work as usual. There will be no return.” Since each community has its own specific demands and details, local activists and organizations will conduct a survey and ask the community's residents which strategy is most effective. I insisted that I needed to inform you. Finally, President Obama said, 'I recognize that the last few months have been difficult and disappointing: the fear, sadness, uncertainty, and difficulty brought about by the pandemic It's exacerbated by the tragedy that'prejudice and inequality still shape much of American life', but in recent weeks there has been a rise in youth movement in all races and regions. We see hope, and if we can turn our legitimate anger into peaceful, lasting, and effective action in the future, the true transformation of America's longest path to its highest ideals. It will be a point.'