An extortion case that abused YouTube's violation reporting system occurred, and it is clear that the same trick has been rampant for over a year 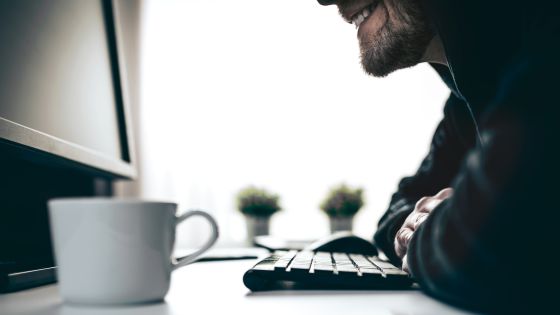 violation reporting system that allows users to report inappropriate accounts and content to YouTube, forcing them to terminate their accounts or delete movies. The system is being abused, and some users are extorting blackmailers demanding that YouTuber 'pay money if you do not want to report violations'.

The beginning was that one movie posted on YouTube's GameFromScratch was deleted. The administrator of GameFromScratch thought that it was a malfunction of YouTube's automatic video deletion system, but the deletion of the movie is artificial in the message `` Your video was deleted '' sent from a mysterious person Is discovered. 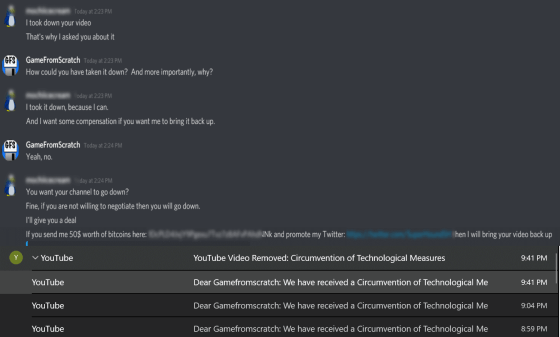 After that, 4 movies of GameFromScratch posted on YouTube were deleted in about 2 months, and further, the game from Scratch's channel was stopped because it

received a violation warning three times . The manager explained to YouTube the background of the blackmail and asked to restore the channel and movie. As a result, I succeeded in restoring my account and 3 movies, but I could not restore 1 movie.

It seems that GameFromScratch's channel and movie were deleted because multiple users reported violations as inappropriate content. Therefore, one of the four deleted movies was officially judged by YouTube to be inappropriate content and could not be restored. The admin of GameFromScratch speculates that the bot has reported violations from multiple accounts. GameFromScratch's manager said that the damage he suffered could happen to other creators, 'I hope YouTube listens to our voice and protects creators from such madness in the future.' I comment.

In addition, on YouTube, there is an incident that extorts YouTuber by misusing the violation report in 2019. 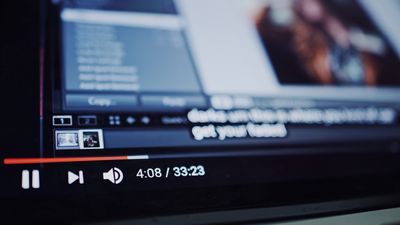 In addition, YouTuber is saying that the YouTube copyright program is broken . YouTube has also identified users who have reported false violations and sought them, and revised the violation warning system , but regarding the fact that users can easily report violations, there are no concrete measures in 2020. Not taken