A paper that makes it possible to easily create sophisticated 3D photos from images will be published, it is also possible to actually generate 3D photos 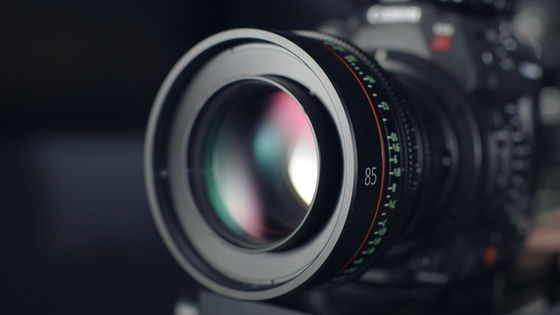 A team of researchers is proposing a method to generate a '3D photo', which is a stereoscopic photo, from an 'RGB-D' image that adds 'Depth' information to RGB. It has become a hot topic because it is possible to easily generate an elaborate and three-dimensional 3D photo from a single photo.

The method of generating 3D photos from RGB-D images was developed by Meng-Li Shih , a graduate student of National Tsinghua University and an internship at Virginia Tech, and Shih-Yang Su , a graduate student of Virginia Tech. They are Johannes Kopf, who works at Facebook Research, and Jia-Bin Huang , an assistant professor at the Virginia Tech. 4 people '3D Photography using Context-aware Layered Depth Inpainting ( context-aware of the layered depth in painting that 3D pictures using)' paper has published.

By making full use of the technology announced in the paper, it is possible to generate a 3D photo that can produce depth including multiple layers from the original photo. The basic principle is that Layered Depth Image (LDI) is composed of foreground and background layers with texture and depth information, and color and depth information is repeatedly synthesized for each pixel of the image by a method according to the spatial condition. It uses a learning-based image interpolation model that can be used.

You can see what kind of 3D photo can actually be generated by watching the following movie.

The published 'Artificial Intelligence estimates depth' is interesting, so give it a try. Both live-action and illustrations are OK

(How to use in tree)

You can see that you can move it to Glinglin.

If you try the technique of making a 3D image from a single photo and moving it with an illustration instead of a photo ... it moves more than you imagined and shocked ... !!! https://t.co/T5Orp0K9kS pic .twitter.com / VUhcztcXup 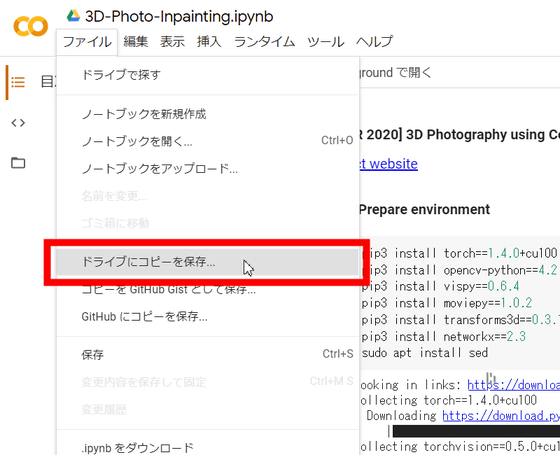 Click the play button under 'Switch off off-screen rendering'.

When you're done, click the play button under 'Please upload'.

Then click 'Select File' and select the image you want to turn into a 3D photo. 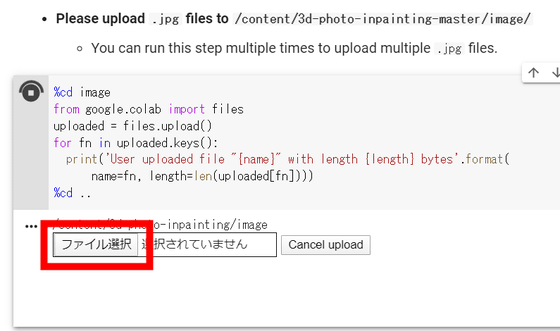 Finally, click the play button under 'Execute the 3D Photo In painting'.

When all is done, click 'Update' in the left menu. 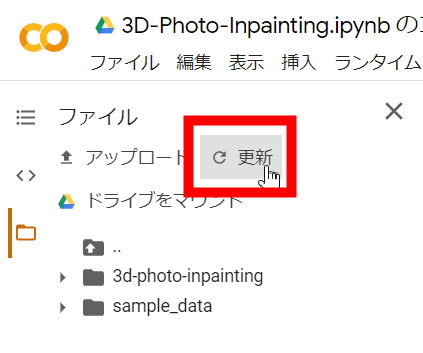 The 3D photo output in the 'video' folder in '3d-photo-in painting' is saved in MP4 format. 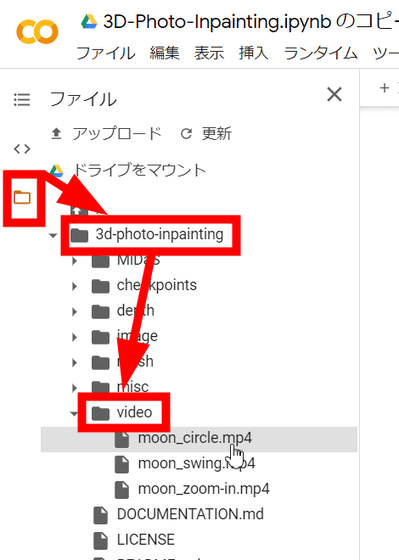 So, the 3D photos output in movie format are as follows. The ' bonito colorful leaflets and Inaniwa style udon ' that I had eaten at Otoya was more three-dimensionally expressed.


Please note that the only image format that can be used is JPEG .