How are used satellites discarded from space? 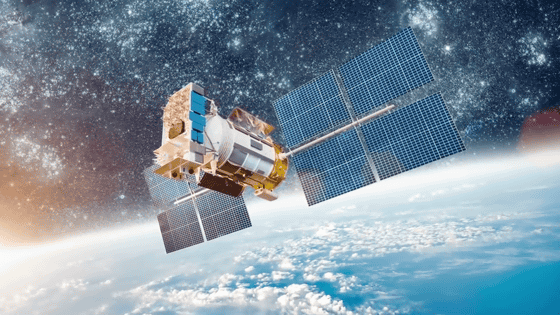 There are more than 500,000 pieces of artificial satellites and rockets called '

space debris ' around the earth, and it is said that they fly at a speed of 28,000 km / h. Since these space debris will hinder future space development, it is a major issue in space development to 'dispose of the operated satellites without converting them to space debris.' RealLifeLore2 on the YouTube channel explains how to actually discard the artificial satellite in the following movie.

What Happens to Old Satellites When They Die?-YouTube


Rocket launches made during the 60 years from 1960 to 2020 were about 5,250. And there are about 42,000 artificial objects launched by rockets such as artificial satellites, of which only 23,000 or more, more than half of which were launched by the United States. Most of the space debris that flies around the earth is small, such as screws or debris measuring at most 5 cm to 10 cm. However, collisions with small debris not only cause satellite failures, but can also generate large amounts of new space debris. In 2009, it was reported that

the first accident in the history of space development had occurred, 'A collision between US and Russian communication satellites', and it is said that hundreds of space debris were generated by this collision. 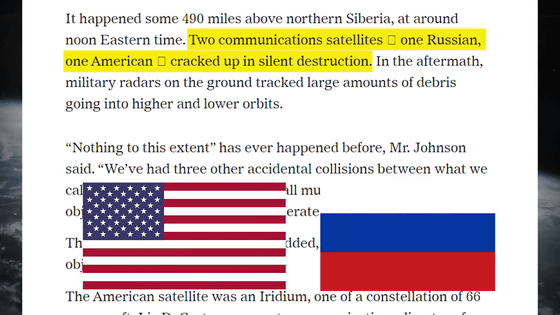 Despite the occurrence of such an accident, agreements to prevent satellite collisions and near misses were made by countries active in space development, such as China, Russia, and the United States, and private space companies, such as

Boeing , SpaceX, and Blue Origin. It does not exist at the time of article creation in the form of international law to be followed. 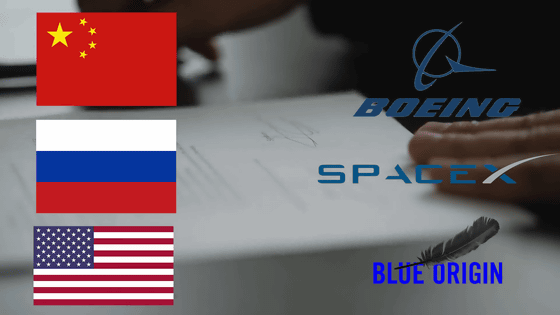 In these guidelines, three methods of processing satellites that have completed their role were indicated: ' reentry into the atmosphere ', ' guidance to the graveyard orbit ', and ' the process of removing directly from space '. 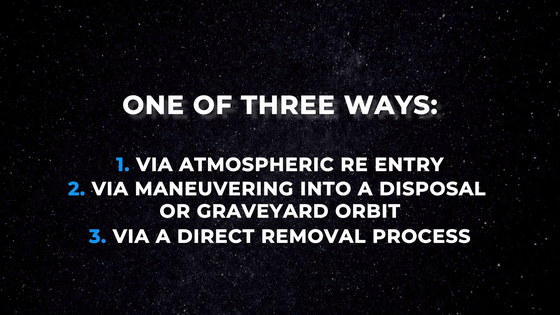 According to the ' reentry into the atmosphere ', it is said that approximately 80% of the main body of a satellite is burned out by high heat. However, the remaining 20% will remain on Earth. In January 1997, in the state of Oklahoma in the United States, a fragment of the American launch vehicle '

Delta II ' that re-entered the atmosphere and burned down grabbed the shoulders of a woman who was walking and dropped. Fortunately, the woman was almost intact. 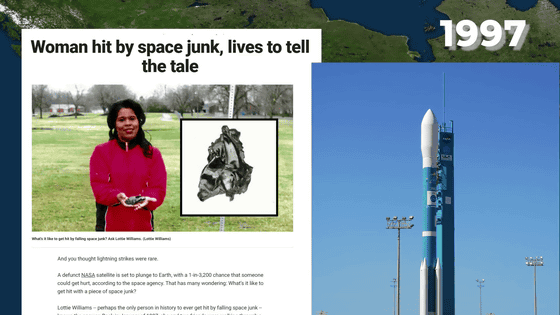 However, such disasters are very rare. It sounds very dangerous to hear that satellite fragments come down from the sky, but most of the satellites that have re-entered the atmosphere fall into the ocean, which accounts for more than 70% of the earth. Of course, the point at which the satellite is dropped is almost fixed, and it is assumed that the damage caused by the fall will be the lowest, so it seems that the drop point is often set just in the middle of New Zealand and South America. Therefore, this area is sometimes called 'Spacecraft Spacecraft Cemetery measures approximately 10,000 km 2 . There are no routes or air routes in this area. If it is an artificial satellite that can be controlled from the ground, dropping it in this spacecraft cemetery can be disposed of with a low budget. ' Guiding to the graveyard orbit ' is to transfer the satellite to an orbit dedicated to the satellite that has completed its role. For example, when discarding a

geosynchronous satellite that seems to stop when viewed from the earth, it is common to transition to a graveyard orbit that is about 200 to 300 km higher than the original orbit rather than re-entering the atmosphere. . However, the disadvantage of this method is that it requires development costs and fuel costs because it requires changing the speed and orbit of the satellite. Therefore, the process of direct exclusion from space has been studied in recent years. For example, the

European Space Agency (ESA) has announced that it will launch a mission to launch a satellite to remove space debris, ClearSpace One , in 2025. The mission was invented by Swiss startup

ClearSpace . Launched dedicated satellites physically capture large space debris, such as old artificial satellites, with a robot arm, re-enter the atmosphere as it is, and burn out the entire satellite to remove space debris. Other,' Various methods for collecting space debris have been devised in various countries, such as a device that drives and collects space, and a spacecraft that wraps and collects a huge film . However, it is easy to imagine that SpaceX has already begun the

Starlink project to launch more than 4,000 satellites, and the number of satellites in space will continue to increase. It is hoped that space development will not only launch satellites, but also 'how to dispose of satellites'.