Russia is trying to dispose of space debris with laser cannon There are many "space debris (space debris)" such as artificial satellites that were abandoned due to breakdown or operation termination, fragments of destroyed objects, etc. in the orbit around which the satellite and the International Space Station travel around the earth. In order to solve the problem of dangerous space debris which could cause accidents for space development, Russia's national space development companyRoscosmos(Los Cosmos) reveals that they are considering a method of shooting down space debris using a huge laser cannon of 3 meters in diameter.

Since space debris is flying around the earth at a tremendous speed of about 28,000 km / h, it has very high kinetic energy. As a result, there is a danger of hitting a satellite or spacecraft even if it is a small piece of debris. If the atmosphere is on the ground, things that fly in the air receive the resistance of the air and fall down to the ground someday as the speed falls. However, since there is nothing to resist in outer space without air, basically space debris will continue to fly without slowing speed from the first speed, so danger will continue to exist forever unless it is removed in some way It will be. 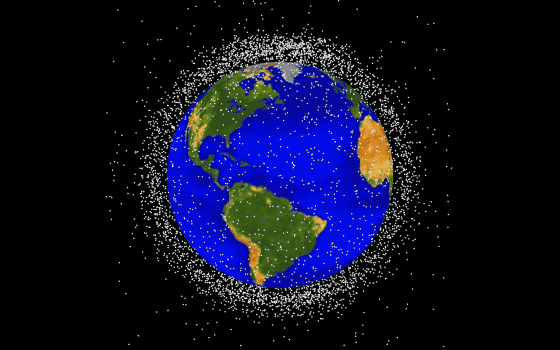 In order to solve this problem, Precision Instrument Systems (PIS), R & D department of Roscosmos, proposed a method of irradiating space debris with a very powerful laser, changing the flight orbit and dropping it on the earth, and its research He said he applied for assistance for development costs. PIS's development perspective is that it is a semiconductor laser cannon with a diameter of 3 meters, and it will divert existing large telescope technology. In other words, we will use a telescope technology that was used to see objects such as space satellites and space debris in the universe so that we will create a device that irradiates the laser from the ground to the objects in space .

The intensity of the irradiated laser is unknown, but the objective is to irradiate a laser with high energy to a material that fly in space and to decompose it by heating and vaporizing the material. It is thought that debris generated by decomposition falls into the atmosphere and then burns out.

According to NASA, the number of space debris known at the time of 2018 is "more than marble size" is more than 500,000, and among them, "there are more than 20,000 things larger than softballs There is no possibility that small objects will collide because it is a vast universe, but debris continues to exist on orbit for decades, and once a collision occurs it can cause catastrophic damage. The danger is also drawn in the beginning scene of the movie "Zero Gravity", which was described as "very reality high".


Research on this issue is progressing in various countries. In Japan, it occurs when electricity is flowed to a cable of 700 meters in lengthEfforts to drop debris using "Lorentz force"Has been advanced. Also in China, research is under way to destroy debris using laser as in Russia. 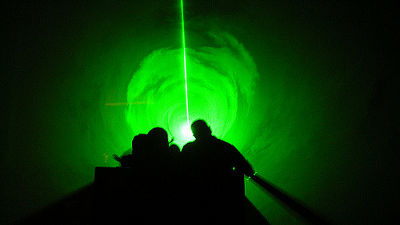 In the meaning of "making a safe space environment" it is a technology of Laser Cannon that I would like to expect for practical application, but on the other hand, understanding also that there is nothing that guarantees that this technology will not be diverted to military purposes You need to. 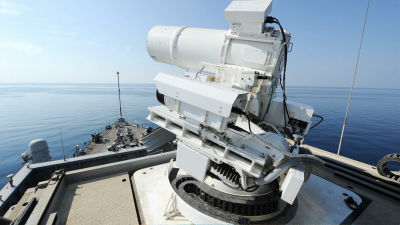