` VVVVVV '' released on PC, Nintendo 3DS, Nintendo Switch is a highly difficult 2D action that ` ` goes through different dimensions while controlling gravity and exchanges a lot of traps and enemies '', retro graphics and sounds Is a featured game. The source code of such VVVVVV was released on GitHub by the author to commemorate the 10th year since its release. 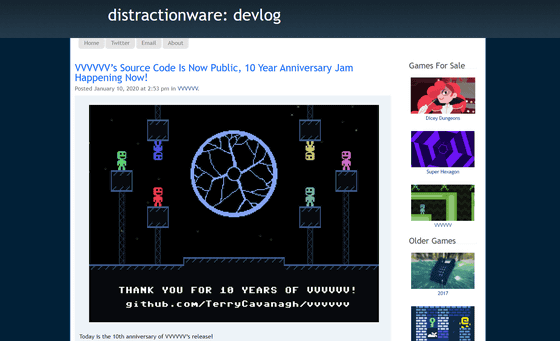 VVVVVV is a game created by Terry Cavanagh in Adobe Flash, released on January 11, 2010 for Windows and macOS. VVVVVV is a very simple 2D action game that looks like a maze with moving enemies and thorny floors. However, the feature of this game is that the player can not jump, and proceeds while avoiding enemies and thorns while reversing the direction of gravity.

You can tell what kind of game VVVVVV is actually by seeing the following movie in one shot.

The source code of VVVVVV released on GitHub has been ported to C ++ by the same game developer Simon Ross, and a desktop version updated and managed by game developer Ethan Lee, and Adobe Air Two mobile versions written in Actionscript .

'A quick glance at the source code will quickly show that VVVVV is not a technically sophisticated game, even though it is a self-taught game developed by independent game developers. This is a source of confusion, 'said Cavanagh. Looking back at the source code by himself, Mr. Cavanagh states that basically the same part is copied and pasted over and over again, and the part where the value is changed feels interesting and interesting You. 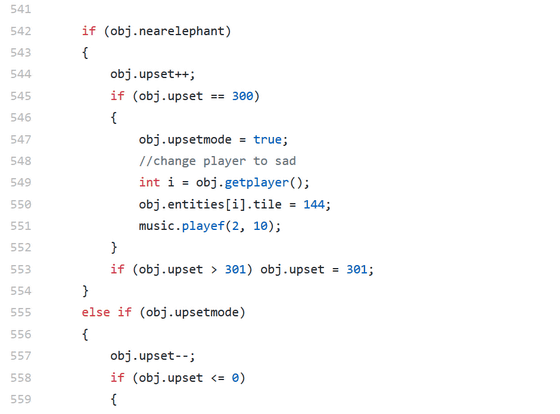 Looking back over 10 years, Cavanagh said, 'After 10 years I feel like VVVVV is like a life-long project and I am very proud of VVVVV and thank you for everything. The game is special to me. Thanks to everyone who has supported me over the last decade, and it makes a lot of sense. '