What is the “Science SARU” that sends out works that showcase the unique movement of animation? Anime being broadcast from January 2020 '

Do not take out a hand to the video Research! Responsible to have animation production company' Science SARU 'a production of' is, Masaaki Yuasa under the supervision, at the Annecy International Animation Film Festival Crystal We created the award-winning movie ' Lou no Uta declaring dawn ' and ' DEVILMAN crybaby ', which drew up to the last of the original while arranging Go Nagai's 'Devilman' in a modern style. I was asked to see what kind of company created the work that sets it apart from the others.

Arrived at 'Science SARU'. Monkey-like characters are drawn on the logo. Originally a character created in place of Director Yuasa's self-portrait, it resembled the monkey of `` Kemonozume '', so everyone came to call it a monkey, and it also became the base of the company name `` SARU '' In an interview conducted in 2017, Director Yuasa told me that he was not convinced that he was a monkey . Stuffed toys from past works are welcomed. 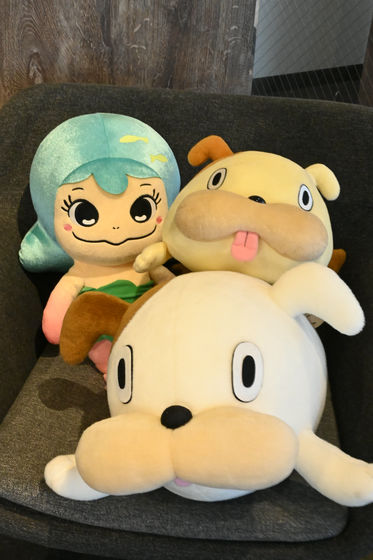 First, the floor of the animators. There is no partition, and thanks to the sunlight, the environment is bright to every corner of the room. The walls and pillars are white and bright with natural light, but on the other hand, the lighting is slightly reduced so as not to disturb the work, and the ceiling is darker shades, giving a calm impression. The desk is by Fuasa Yamashiro and Mari Motohashi, whose directors are Yuasa in the back and deputy directors in the foreground, 'Don't touch the video lab!' This is a floor centered on digital animators, where Macs are lined up. It was on this floor that I took photos during an interview with producer Choi Un Young . The work was digitized and it was OK without paper, except for the materials, so there was little overall on the desk and it was very clear. The adjacent meeting room has a very bright atmosphere. The desk in the conference room was like a table tennis table, with signs and illustrations for '

Ping Pong THE ANIMATION '. This is an illustration by Yuasa. There is also a meeting room for checking and previewing. 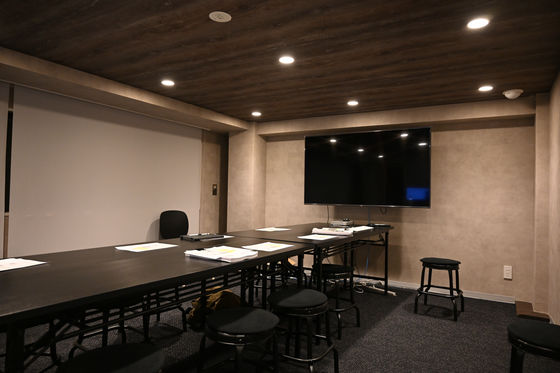 The unbridled work came from an open office that mirrored Yuasa's open mind. 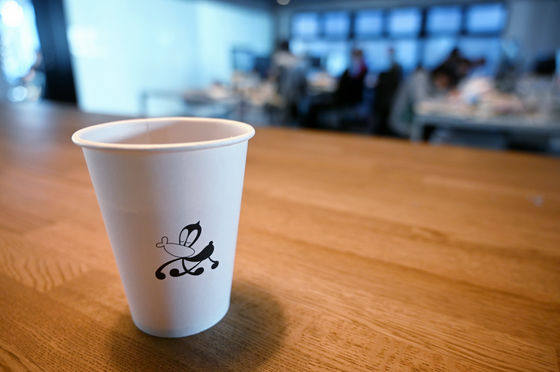 Mr. Mizusaki appears from the manhole. The mystery of the public dungeon deepens.

As depicted in the first episode, Mizusaki is aspiring to be an animator, but parents are prohibited from joining the anime research department. Therefore, in order to create an animation by three people, it is necessary to use means other than the Anime Research Department. Kanamori pays attention to the point that teachers require 'live-action club activities', launches a club activity under the name of 'Video Lab', and actually comes up with an idea to make animation. 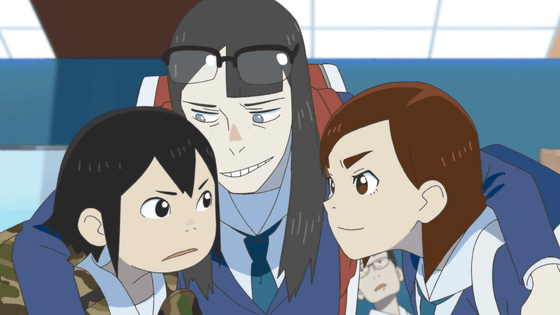 Professor Fujimoto (voice: Kazuhiko Inoue) who will be involved in the story. It was a tattered warehouse that was applied to 'Video Lab'. There are no tools for making anime, so they headed to Ani Lab's warehouse to get the tools. That's a treasure trove for the three ...? What will the three people create? 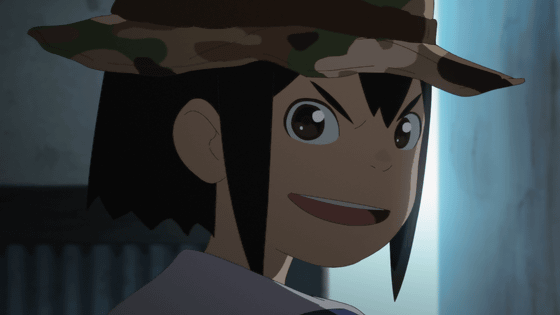 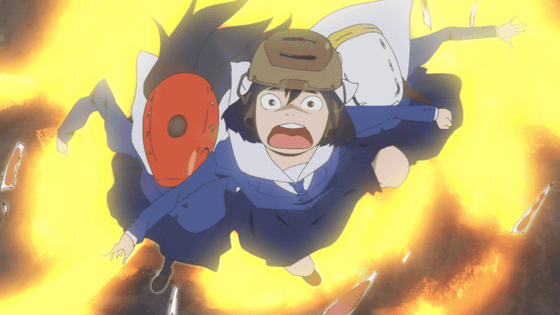