What is the whole picture of the experimental city 'Woven City' in which Toyota plans to build automatic driving, robots and AI? Toyota calls this city “Woven City” because of the way the streets are woven into a net. The project is set to begin construction in early 2021, using the site of the Toyota Motor Plant in Susono City, Shizuoka Prefecture, which is scheduled to close at the end of 2020, to create a town within an area of about 708,000 square meters.

If you look at the movie that Toyota has released on YouTube, you can roughly imagine the atmosphere of Woven City.


At the CES 2020 lecture, Toyota President Akio Toyoda talked about the whole city. 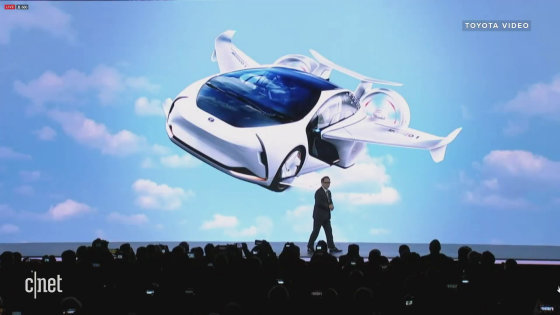 'And when cars transform into robots.' 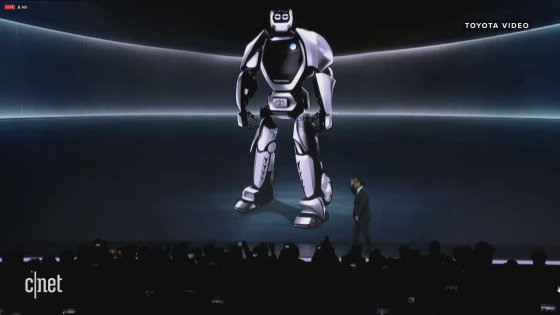 `` Toyota does not make robots that transform, but instead focuses on 'Connectivity, Autonomy, Shared Mobility, Electricitication' (connectivity, autonomy, shared mobility, electric power) '' I call it CASE. ' 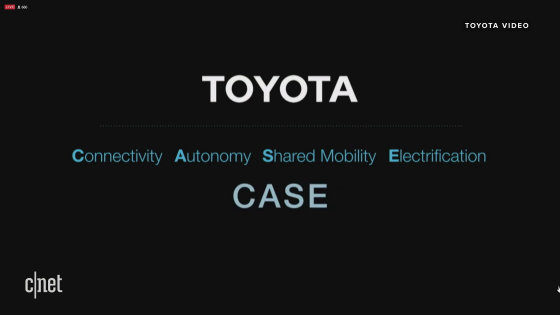 'Can we not experiment with any technology in a real human city? We are announcing today that we will build a prototype of a future city on approximately 708,000 square meters of land in Higashifuji.' The following movie started with that. I wonder if the general road was projected ... 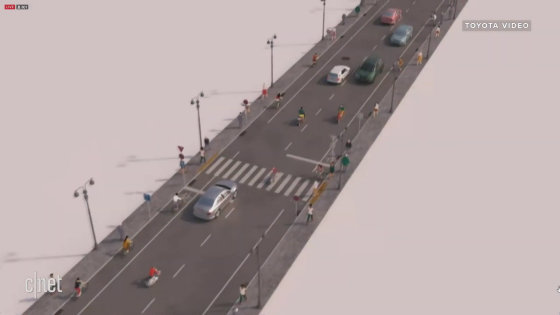 This is divided into driveways, bicycle paths, and sidewalks. 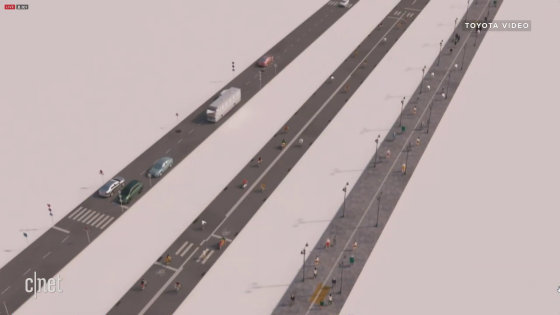 And the roadway turns into a green road where electric cars run ... 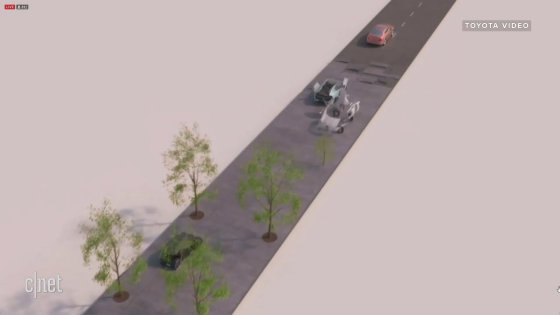 The bicycle path has changed. 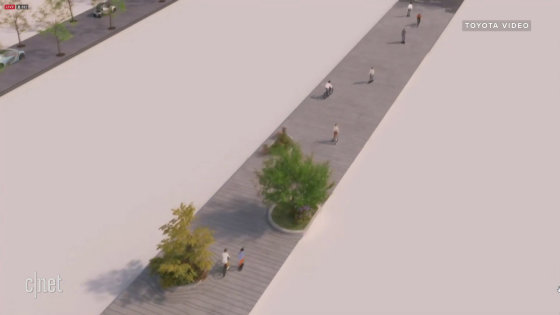 The sidewalk has been transformed into a more green promenade. 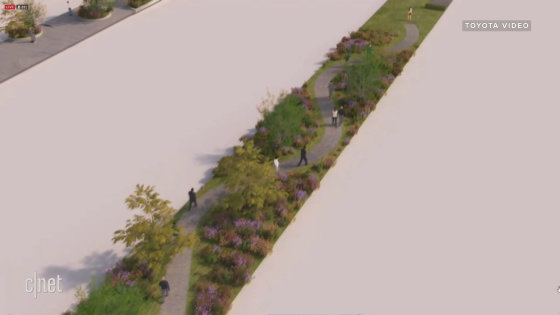 These roads are formed in a mesh pattern ... In the meantime, buildings are built and cities are born. The city looks like this. Buildings in the city are mainly made of carbon-neutral wood, and solar panels are installed on the roof, assuming harmony with the environment and sustainability. 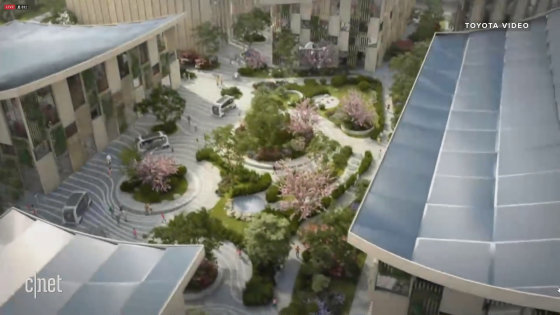 People and cars are running in the same place, but there is no danger because the cars are not speeding. 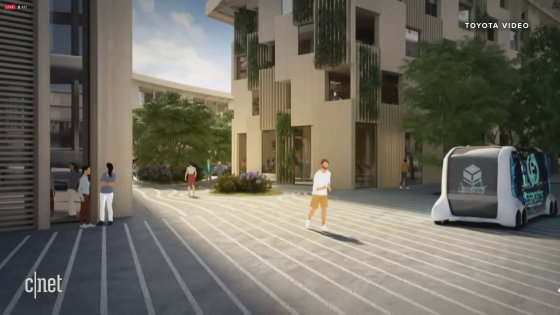 Night is a fantastic atmosphere. 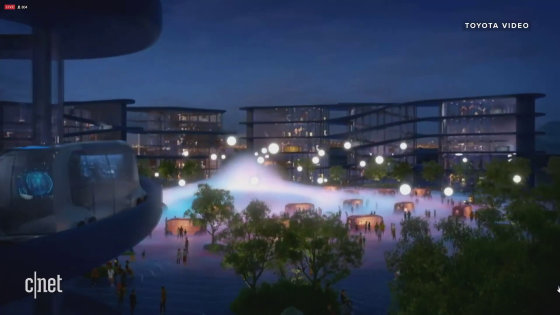 The feature of this city is that the garbage and dangerous roads of the modern city are divided into pedestrian roads, pedestrian & light vehicle roads, and roadways. This makes the streets easier for people to live in. 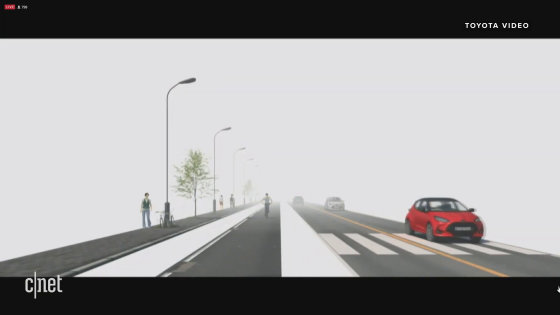 All running cars are fully automatic and zero emission. 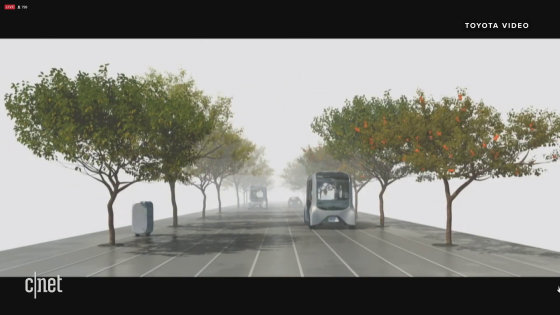 Underground is equipped with hydrogen energy storage, water filtration filters, and luggage transport systems. Modern roads are overflowing with home delivery such as Amazon, but all of this will be transported by underground robots. 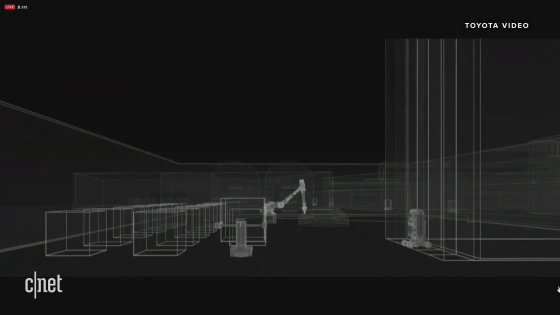 On the right side of the screen, the man is receiving parcels from the robot arm. Luggage comes up from the basement of the house. 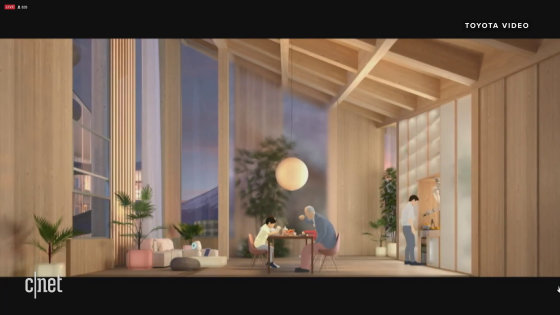 At the beginning of the project, Woven City will be home to about 2,000 Toyota employees and project associates. Toyota also participates in demonstrations of companies and researchers in urban development. 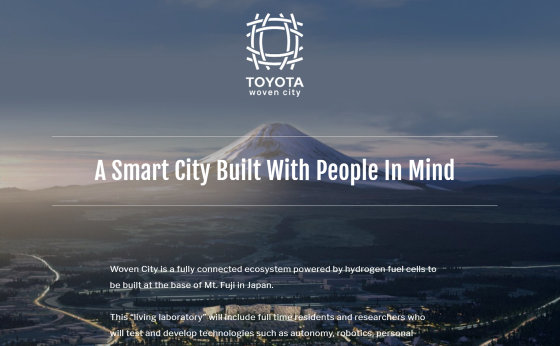