What is 'AICEVOTE', a real-time voting site developed by a high school student that achieved 10,000 PV immediately after it was released? 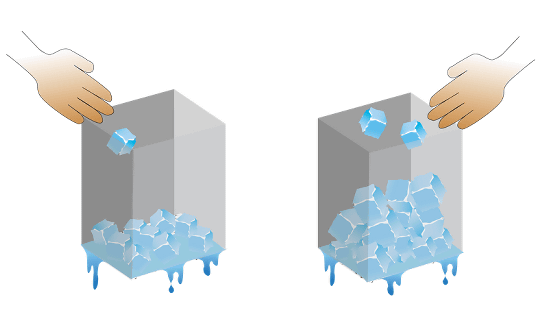 AICEVOTE, a real-time voting site created with the idea of 'thinking ballots as melting ice over time', was released to the public on December 22, 2019. A high school student who develops AICEVOTE, which recorded 10,000 PV in a few days after its release, has summarized the real-time voting mechanism and the intention of development on

Qiita of the plug-in community.

In ordinary voting, the outcome is determined simply by the number of votes cast. This method evaluates all votes equally, so votes cast one week ago and three minutes ago have the same weight. 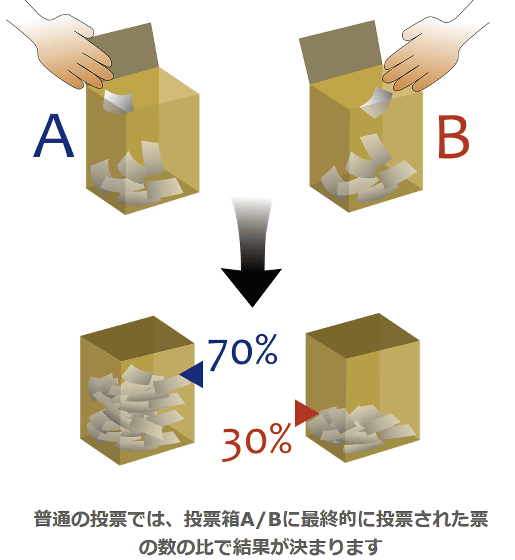 However, AICEVOTE uses the idea of voting 'ice' instead of voting paper, and can know 'real voting results at the moment'. 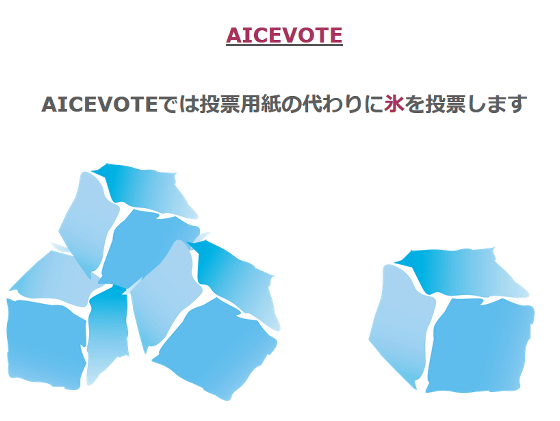 Over time, the voted 'ice (votes)' melts into water and leaks from the bottom of the mesh. 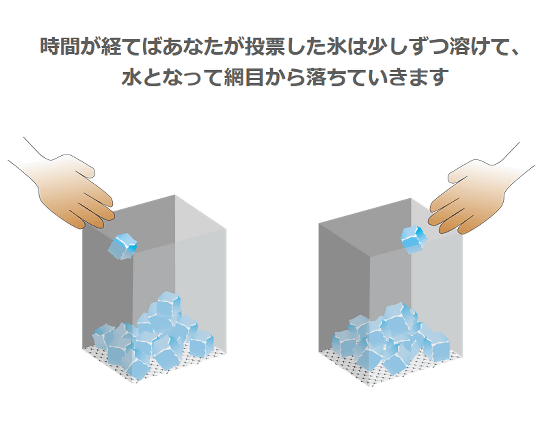 In other words, AICEVOTE uses a method that considers the value of newly voted votes to be high and the value of votes that have passed since the vote to be low to be low. 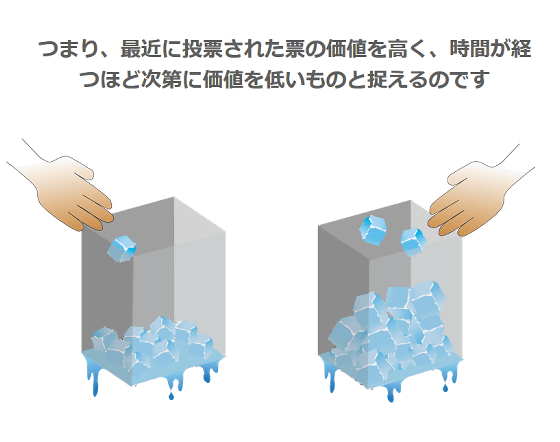 By pointing the ice (votes) in the ballot box in real time, it is said that it is a site that tells the result of 'What happens if you do a 'general vote' now?' The ballot box is open at all times and can be re-voted, so that users can always vote on 'the person they support now' based on the latest information. 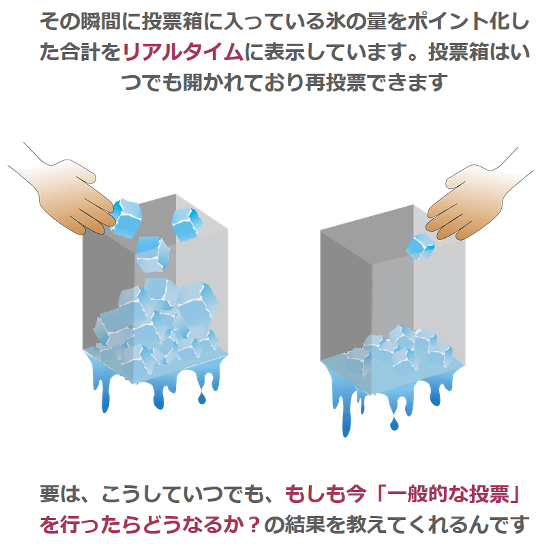 The issue that 'old evaluations and voting results are treated as equivalent to date' applies to multiple situations, such as restaurant reviews and TV audience voting, the development team points out. Therefore, the development team actually developed a system that calculates the value of votes in real time by machine learning, built a UI for young people, and released AICEVOTE. The name “AICEVOTE” is a combination of “AI (artificial intelligence)”, “ICE (ice)”, and “VOTE” (voting).

The development team has cited AICEVOTE as an example of using a soccer game to win or lose and discussing political issues. When it comes to soccer wins and losses, it has traditionally been necessary to predict which team will win before the game, have them vote by a certain time, and then count and check the results. On the other hand, if you use AICEVOTE to vote for the expected outcome, you can change the voting destination based on the latest game situation not only before the game but also during the game, while watching the voting results that fluctuate in real time You can enjoy. In the past, political issues that are longer-term debates than sports games have been known only at specific points in the poll. However, if you use AICEVOTE for long-term voting, you can change the voting destination depending on factors such as new news and influencer's remarks, and the results will be reflected in real time. AICEVOTE not only publishes `` current results '' but also publishes a chronological graph that shows `` how voting results have changed in chronological order '', seeing voting results that change over time You can enjoy it interactively. In addition, a `` influencer slot '' is introduced by using a Twitter account for login at the time of voting, and users with more than 50,000 Twitter followers are segregated from general users, and voting destinations and comments are made public It has become. 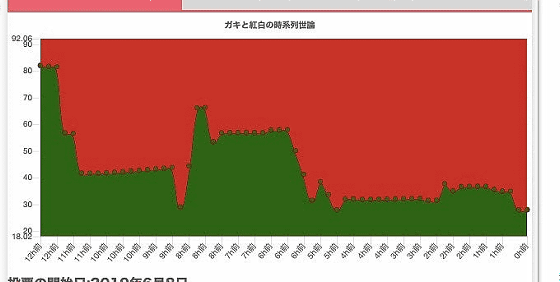 At the time of writing the article, the voting theme hosting is being performed by the AICEVOTE development team, but in the future it is possible to host voting themes by individuals, and there are plans to create AICEVOTE for individuals. In addition, as of January 6, 2020, while the number of users has recorded 5,800, AICEVOTE's server has become unstable due to heavy access.