There is a possibility of “suppressing the progression of cancer” in the weightless state, an experiment at the space station is also planned 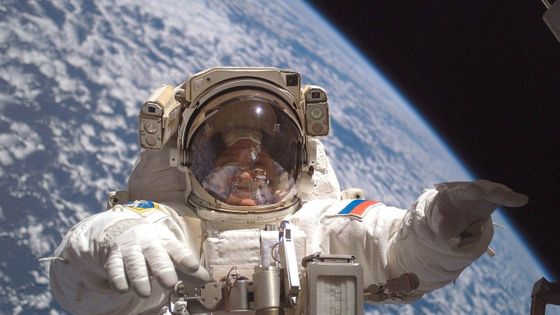 Life in outer space is said to have various effects on the human body. For example, life in a zero-gravity state for a long time may cause bone and muscle deterioration, organ function decline, and vision loss. Is known. On the other hand, there is a research result that “the weightless state like outer space can suppress the progression of cancer”, and researchers at the Sydney Institute of Technology are planning to experiment on the space station in 2020. Cancer Seems to Have Trouble Spreading in Microgravity-Universe Today

Joshua Choi , Senior Lecturer of Biomedical Engineering at the Technical University of Sydney, has been studying the medical effects at the cellular level that microgravity conditions such as outer space have on the human body since 2014. A few years ago, Choi's friend was diagnosed with a 'cancer', and when he suddenly spoke with Dr. Stephen Hawking , 'There's nothing against gravity.' I remembered that, “I should remember that.” And Choi seems to have come to think 'What happens if cancer cells are released from gravity?'

“Cancer is essentially a cell disease,” says Choi. Although there are various types of cancer, basically, cancer cells that have become uncontrollable continue to grow and divide, causing injuries and metastases to cause fatal symptoms is. For example, cancer cells invade breast tissue in breast cancer and lung tissue in lung cancer.

Cancer cells invade body tissues by gathering multiple cancer cells together to form a solid tumor, but these cancer cells gather together by detecting each other in some way and grow into a tumor Suggests you have a way. In this regard, biomedical researchers understand that the only way cancer cells can detect each other is by mechanical force, and that the system has evolved to function in the presence of gravity. That. So Choi came up with the idea that 'lack of gravity can suppress the progression of cancer?' Choi was involved in a project to develop a treatment for osteoporosis while working at Harvard University. In this project, part of the research was done at the International Space Station , Choi thought that `` Similar to other disease research, the space environment should be used for cancer treatment '' .

Choi claims that as a result of placing four types of cancer cells in the ovary, breast, nose, and lungs in a microgravity state, 80-90% of the cancer cells were actually neutralized. It seems that the disabled cancer cells did not gather with other cancer cells, and it was possible to neutralize most of the cancer cells and prevent tumor growth without using drugs. “We were able to accomplish this mission because of the efforts of the entire team,” says Choi. 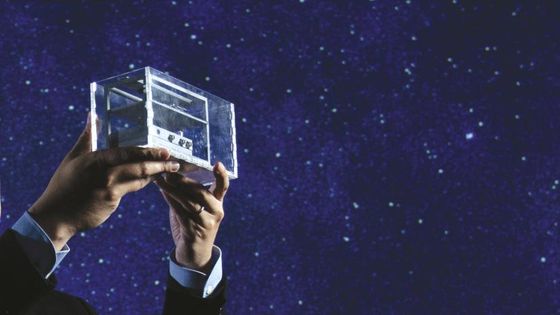 The next step, which will take place at the beginning of 2020, will send a specially designed experiment module to the International Space Station for experiments under zero gravity with the help of astronauts. Choi's research team will monitor the progress of the experiment from the ground based on data transmitted from space during the 7-day experiment period.

After the experiment is complete, the cancer cells are frozen to be sent back to the ground, and Choi's research team collects the experimental module for laboratory analysis. If the results at the International Space Station are consistent with what the Choi research team reproduced in the laboratory, Choi expects to develop new therapies that limit the ability of cancer cells to detect each other. thinking about.

However, the method developed as a result of this experiment will not necessarily kill cancer cells, but is expected to be complemented with existing therapies. In combination with drugs and chemotherapy, cancer cells may grow and metastasize in the human body. “My team was lucky to have a precious opportunity to conduct experiments at the International Space Station,” Choi said, claiming that he would like to see more active medical research in outer space. did.