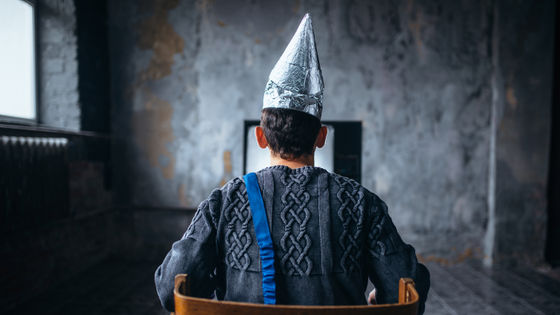 Past research suggests that `` conspiracy theorists may be associated with schizophrenia trends '', but a new survey of a total of 11 billion posts written on the online bulletin board reddit It turns out that there is no big difference between reddit users who post about conspiracy theory and other reddit users.

Pathways to conspiracy: The social and linguistic precursors of involvement in Reddit's conspiracy theory forum
https://journals.plos.org/plosone/article?id=10.1371/journal.pone.0225098 Research groups such as Colin Klein, who studies philosophy and psychology at the Australian National University, wrote in 224,625 reddit sub-forums in about eight years from October 2007 to May 2015 We analyzed the users who liked the conspiracy theory from about 11 billion posts from 1,149,406 users who did. Klein and colleagues first identified 466 bots by examining users who post too frequently, and excluded them from the analysis.

As a result, it turned out that “r / conspiracy users” frequently used sub-forums on politics, drugs, and Internet culture before becoming conspirators. Klein et al. 'Conspiracy theorists' self-selection 'seeking a community that shares the same opinions as their own, from the state that' r / conspiracy users 'followed a fixed path to' r / conspiracy ' I think it is. ” In particular, in contrast to past research results that conspiracy theorists claim that there are many words about “hostility” in past studies , in terms of words related to “compensatory” emotions such as “anger” and “frustration” There was no difference. From this result, Mr. Klein said, “There was no evidence to support previous studies that pointed out psychiatric problems and personality characteristics of conspiracy theorists.”

As for the reason why “r / conspiracy users” tend to be conspiracy theories, “The echo process in which conspiracy theory occurs is that certain beliefs are amplified or strengthened by communication in a closed space. The existence of the chamber phenomenon has been pointed out, but in fact, it is the result of seeking people who have the same idea as themselves, and such movement is not limited to conspiracy theory but is often seen on the Internet. '' Even if the contention of the conspiracy theorist is strange, he indicated that the process of forming such an assertion is the same as that of ordinary people.