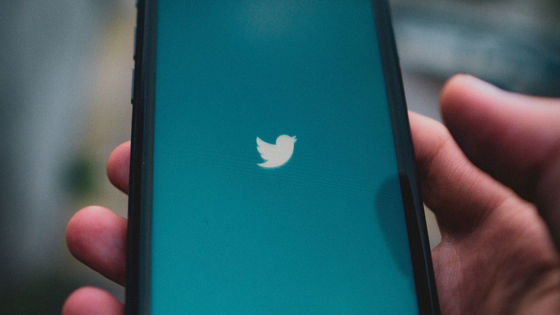 Former CEO of Reddit, the largest English-speaking social bookmarking site, is actually free speech about Mr. Earon Musk, who became the largest shareholder of Twitter and proposed a complete acquisition of Twitter for over 5 trillion yen. Taking the dawn of the Internet as an example, he said, 'It is painful to ask Twitter for freedom of speech.'

Newly complaining about Musk's demand for 'freedom of speech on the Internet' was Yashan Wong, CEO of Reddit from 2012 to 2014. He said he was asked to comment on Musk's acquisition of Twitter many times, so he decided to talk on Twitter.

I've now been asked multiple times for my take on Elon's offer for Twitter.

So fine, this is what I think about that. I will assume the takeover succeeds, and he takes Twitter private. (I have little knowledge / insight into how actual takeover battles work or play out)

Freedom of speech was the mainstream in the United States in the 1990s, and only religious conservatives seeking pornography restrictions were interested in censorship. The optimism that 'the Internet is free, the human spirit blooms, and technology creates a new golden age' became popular among the generation of Mr. Musk who grew up in such an era, but he actually operates Reddit. The reality that Mr. Wong faced was different from such optimism.

Wong is saying that the Internet has become a 'cultural battlefield' that reflects reality. For example, the radical leftist idea called ' Woke ' claims that 'a platform side like Reddit treats the leftist side unfairly, and there is no end to that example.' Centre-rights and libertarians , on the other hand, argue that 'the platform helped the left when the Black Lives Matter and LGBTQ issues arose. There is plenty of evidence.'

The internet is not a 'frontier' where people can go 'to be free,' it's where the entire world is now, and every culture war is being fought on it.

It's the MAIN battlefield for our culture wars.

In other words, both the left and right wing continue to insist that 'the platform side has the shoulder of the other party.' Mr. Wong explains that 'neither side is lying, and the mistakes that actually occur during the moderation execution make such an impression.'

Neither side is lying.

According to Wong, who has been running Reddit for many years, the platform's real intentions regarding a series of left-right conflicts are 'political issues don't matter, and we're spending time adding new features regardless. I want to. ' Sometimes it is said that a specific platform is either right-wing or left-wing, but in reality, the management side thinks from the bottom of their heart that 'political talk does not matter', Mr. Wong. Is the view of.

They would like you (the users) to stop squabbling over stupid shit and causing drama so that they can spend their time writing more features and not have to adjudicate your stupid little fights.

However, despite the desires of the management side, SNS in recent years has shifted to moderation, which is also described as censorship. 'The basic structural nature of social networks keeps there constant corner cases that create explosive conflicts that require operators to intervene,' Wong said. I will talk. In other words, the opinion is that 'the above-mentioned right-wing / left-wing controversy may overheat to a level that requires intervention, so we have to moderate it.'

What happens is that because of the fundamental structural nature of social networks, it is always possible for a corner case to emerge where people get into an explosive fight and the company running the social network has to step in.

It is not a specific topic that the SNS management side regulates, but 'the user's behavior regarding a specific topic'. If you want to get rid of these restrictions, Wong argues, 'Stop the dispute and get along.'

You really want to avoid censorship on social networks? Here is the solution:

Stop arguing. Play nice. The catch: everyone has to do it at once.

I guarantee you, if you do that, there will be NO CENSORSHIP OF ANY TOPIC on any social network.

However, when it comes to the fact that it is possible to 'stop arguing and get along well', there are users who repeat terrible words and actions such as spam, and sometimes users who commit crimes in the real world.

massive amounts of horrible behavior, spam-level posting, and abuse that spilled over into the real world --eg harrassment of public officials and doctors, racially-motivated crimes, etc.

Such problems were rarely seen in the good old Internet before the advent of Facebook in the Web 1.0 era in the 1990s and around 2005. Mr. Musk, who grew up in such an era, thinks that it is okay to remove censorship, but since the Internet is now available to anyone, the rules of the old era no longer apply to the present day. Wong points out.

So: my take is this: @elonmusk , I'm all with you on the Values Of The Old Internet.

This is not The Old Internet. That is gone. It is sad. It's not because the platforms killed it.