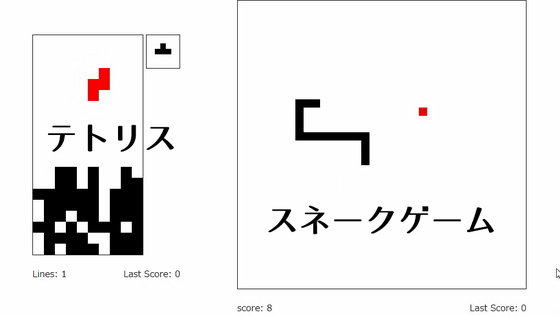 Developer Grégoire Divaret-Chauveau , a developer of computer graphics and other visual experiences based in Nancy, France, is the king of the puzzle game Tetris born in the Soviet Union. Created a game that requires you to play the “ Snake Game ” that you keep eating.

Tetris on the left, Snake on the right.You play both at the same time.
With the same controls.
Lose In One You, You Lose In Both. Good Luck. Https://T.Co/sg7ddBQ5gV Pic.Twitter.Com/qUx3UvEmSX 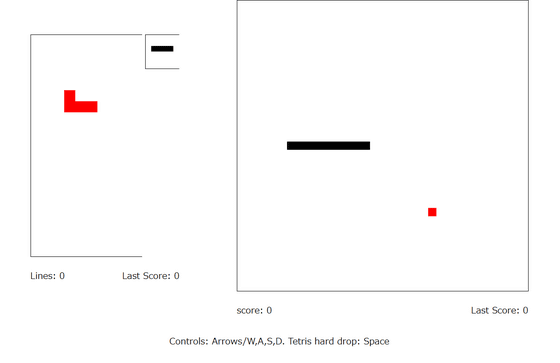 The overseas media The Verge said, “I loved Snake game and Tetris, so I tried to play the game, but unlike chocolate and peanut butter, the two games seem to be incompatible. `` The difficulty level is getting better, '' `` Thinking two things at the same time is trying to count another number in your head while counting the number that someone is screaming at you ”And finally,“ You will die (miss) every time ”, and it ’s too difficult.


When the difficulty was too high and I asked other editorial staff for help, they showed me the play to erase Tetris blocks brilliantly as follows.


When I actually played it, if I tried to stack too many Tetris blocks, the Snake Game Snake would immediately go out of the area and the game would be over. However, if you are too distracted by the operation of the snake, you will not be able to stack Tetris blocks well, you will not be able to digest the blocks, and will be poor. So, it seems important to play while switching your head, such as “Now Tetris” or “Now Snake Game”.

“When you enter a key opposite to the snake ’s direction, the snake ’s course will not change, so you can use it to operate Tetris.” Some of the tips such as `` I can concentrate on snake operation because it does not change '' are found while playing the game, so while struggling to beat the high score somehow while making full use of them, blocks and Even if you simulate the movement of a snake, there are many cases where the inside of your head turns white and the game is over ... So, to get a high score, it seems important to get used to the game anyway and sleep well and refresh your head.