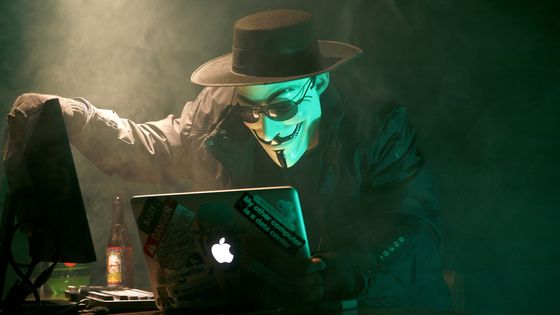 The Cayman Islands , an overseas territory of England, is known as a rich natural tourist destination, but it is also famous as a tax haven with little corporate tax. Such an offshore bank in the Cayman Islands has been hacked by a prominent hacker named “ Phineas Fisher ”, and it is reported that data exceeding 2TB leaked. 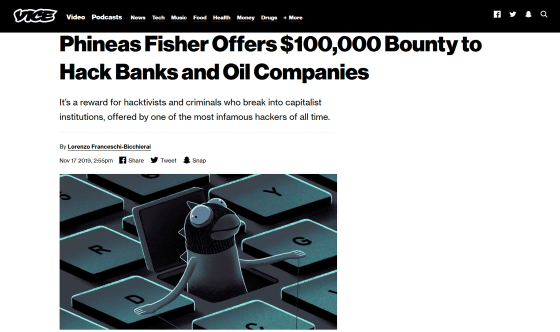 It was reported that Phineas Fisher, who calls himself a “ hacktivist ” who hacks as a political means, hacked. Phineas Fischer became famous in 2014 by hacking the Gamma Group, which provides “network monitoring software” to governments. Since then, I have been hacking against huge powers several times, but I still don't know what it is.

The data stolen from the Cayman National Bank is said to be 2.21 TB in total, which seems to include over 600,000 emails and databases. The data is shared and published with Distributed Denial of Secrets , a website that publishes leak information. Emma Best, an activist who runs Distributed Denial of Secrets, commented, “It shows the most detailed look of an international bank that the general public has never had before.”

RELEASE: Sherwood – Copies of the servers of Cayman National Bank and Trust (CNBT), which has allegedly been used for money laundering by Russian oligarchs and others.

In addition, Phineas Fisher announced in a statement announced on November 15, 2019 that it will hold a “Hacktivist Bughunting Program”. Targets include South African mining and livestock companies, Israeli technology company NSO Group , which is said to be involved in global hacking, and oil company Halliburton. Up to $ 100,000 for hackers participating in hacking ( He also offered to pay a bounty of about 11 million yen.

“Getting and leaking documents for public benefit is the best way for hackers to use their abilities to benefit society. I'm not going to make someone rich. I just hackers 'I am doing a good job and trying to provide enough money to live a decent life,' Phineas Fisher insisted. 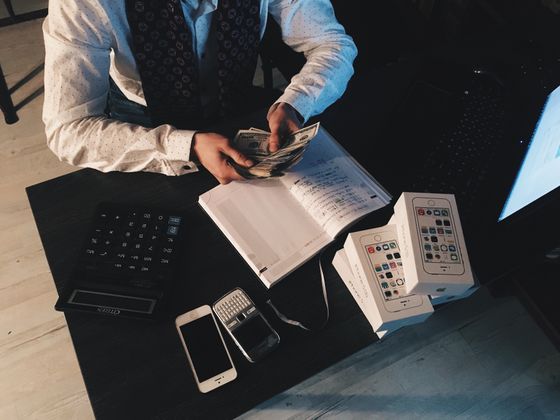 Phineas Fisher said, “Hacking is a powerful tool, and hacktivism is only a part of the potential of hacking. It is possible to grow hacktivism with a small investment, and the golden age of hacktivism has not yet come. Insist. Phineas Fischer said that hacking is an effective way to fight power and economic inequality, and he also argues that leaking a bank ’s internal mail is “stronger privacy is not the same as weaker privacy.” It has turned into. 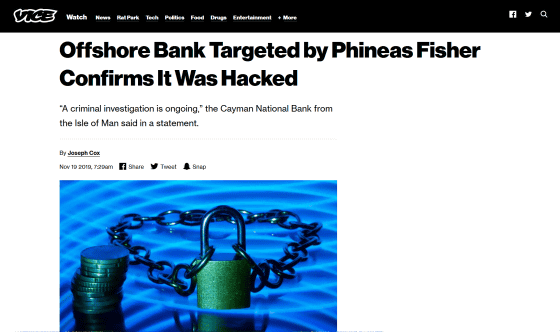