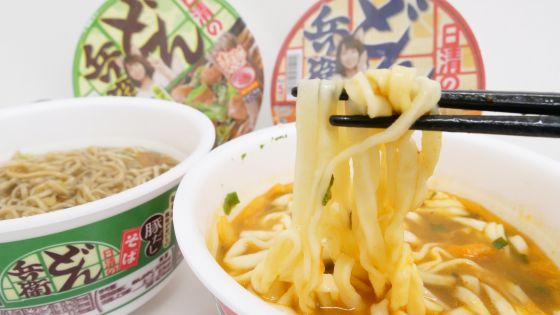 Nissin Don Donbei Miso Kimchi Chige Udon ”, “ Nissin Don Donbei ” is a pork that has a delicious flavor of green onion oil. ' Soba ' was released on Monday, November 18, 2019. I actually tried to eat a product that can change the taste by arranging a little bit. The red package is “Miso Kimchi Chige Udon”. The recommended arrangement is “Natto”. The green package is “Pork soba noodles with a delicious onion oil flavor”. The pose of the Dongitsune is a little different. Recommended here for a little extra arrangement. The raw material of “Miso Kimchi Chige Udon” is like this. 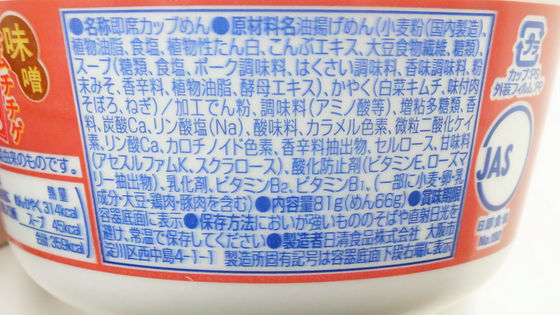 The calorie per serving is 314kcal for noodles and kayaku and 45kcal for soup, for a total of 359kcal. Pork fat and fish meal are used in the soup of Pork soba noodles with a delicious onion oil flavor. The calorie per serving is 334kcal for noodles and oysters, 87kcal for soup, totaling 421kcal. 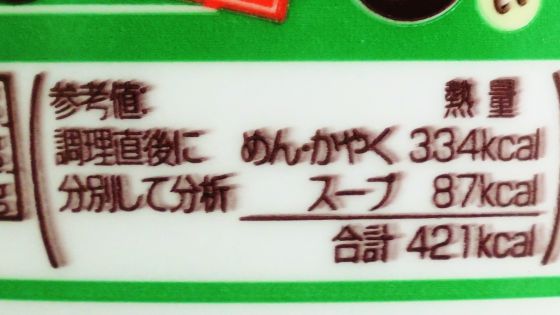 When I opened the package, it contained powder soup and kaku. 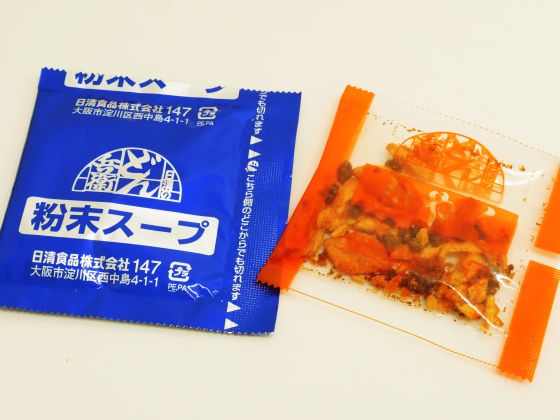 It is like this when you add powdered soup and sparkling. 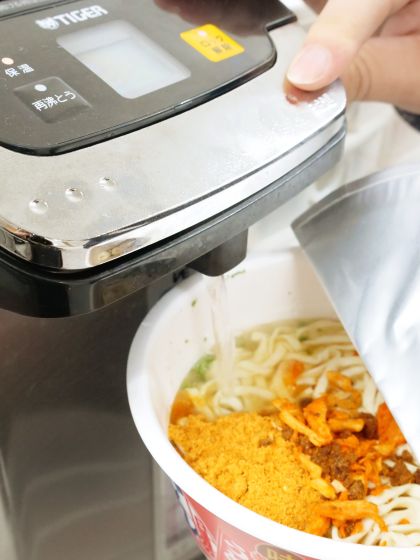 The waiting time is 5 minutes. I will eat it as soon as it is finished. Noodles are made with flat noodles like the regular Donbei and have a soft texture. The soup has a good spicy and sour taste of kimchi chige, and the richness of miso is well combined there. Good compatibility between flat noodles and soup. 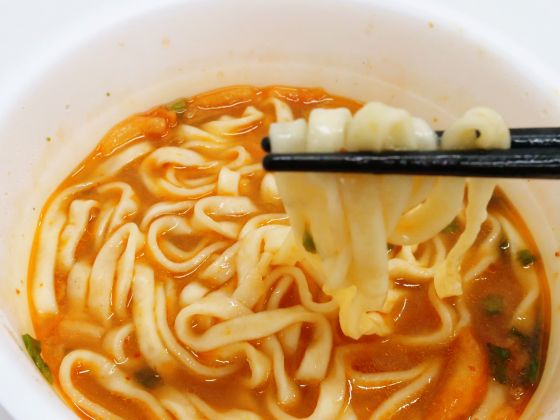 Try putting in natto, which is officially recommended as an arrangement. When natto was added, the natto thickening made it easier to feel the taste of a slightly sweet miso by suppressing the spicy and sour taste of kimchi chige, and it became a gentle taste as a whole. 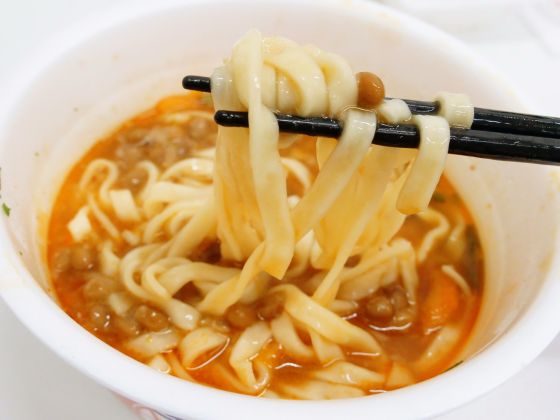 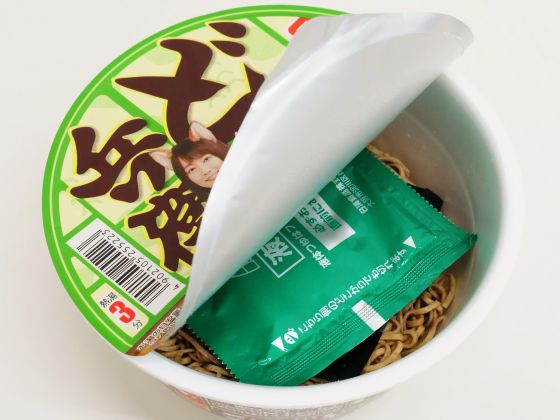 This was a liquid soup and a quick soup. 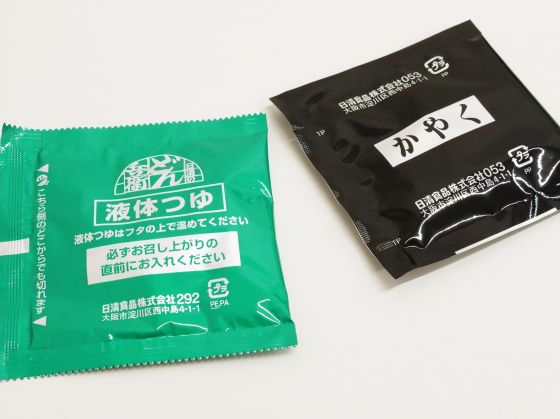 Pour hot water and place the liquid soup on the lid and wait 3 minutes. 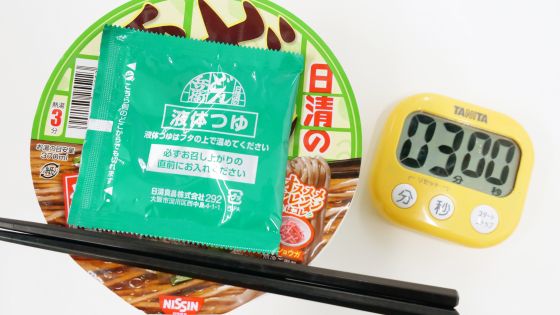 Thick soba is used here and you can enjoy a light soothing feeling. The soup is made from a mixture of chin and mackerel, with the addition of pork fat, and the sweetness of the pork smells in your mouth. By adding the sour taste of red ginger, it has a refreshing taste while retaining the flavor of pork fat and leek oil. 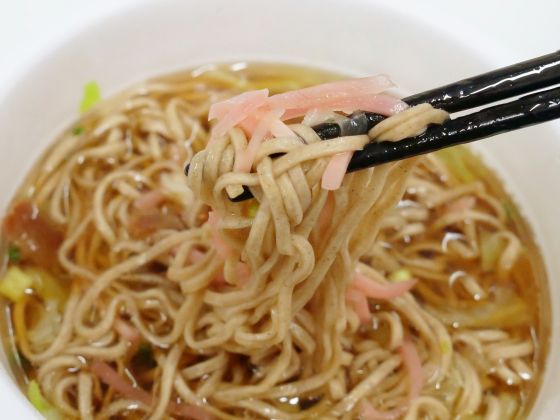 Both Nissin Don Don Miso Kimchichige Udon and Nissin Don Don Bee Noodle soup with delicious yaki-flavored soup has a suggested retail price of 193 yen per tax and will be released nationwide from Monday, November 18, 2019 It has been.