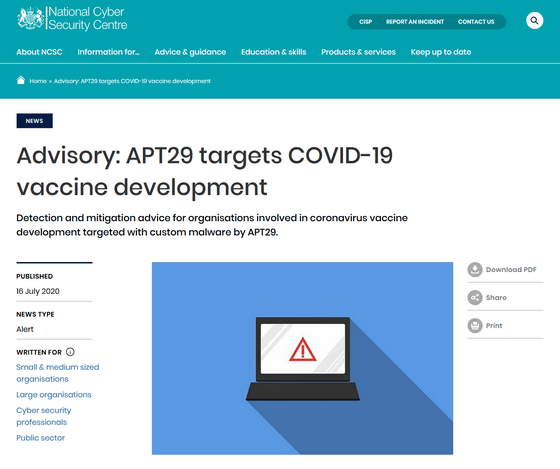 According to NCSC, hacker groups used custom malware called 'WellMess' and 'WellMail' to exploit vulnerabilities in virtual private networks (VPNs) and Citrix Systems security products used by targeted organizations and There is a sign that I was logged in to the system from.

It is said that these survey results have been approved by the US National Security Agency (NSA), Cyber Security and Infrastructure Security Agency (CISA), etc., NCSC announces a report jointly with NSA and CISA doing.

The NCSC reports that it was hackers such as ' APT29 ', ' CozyBear ' and ' The Dukes ' who carried out large-scale hacks on medical organizations around the world. The APT29 has been violently warned of conducting large-scale APT attacks and cyber espionage, and the NCSC said, ``We are convinced that APT29 is 95% more likely to be part of Russia's intelligence agency. '.

What is 'The Dukes,' a large-scale cyber espionage organization that flickers the shadow of the Russian government? -GIGAZINE 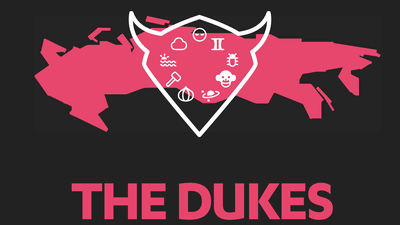 In addition, the NSA issued a statement in late May 2020 warning that 'a hacker group of the Russian intelligence agency may have launched a cyber attack'. 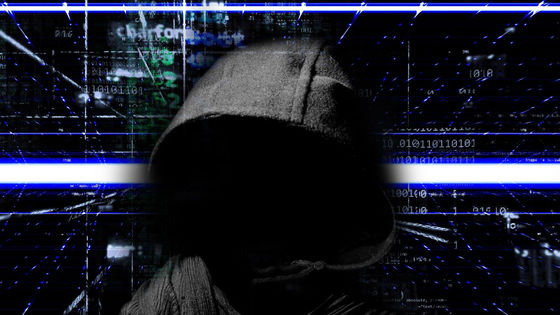 British Foreign Minister Dominique Raab said, 'It's unacceptable that the Russian intelligence service is targeting people working to fight the pandemic of the new coronavirus. They are reckless and selfish. The United Kingdom and its allies are undertaking the daunting task of discovering vaccines and protecting the health of the world while pursuing the following: Britain opposes such cyber attackers and blames the perpetrators. We will work with our allies to do this.'

In response to NCSC's announcement, Russian presidential spokesman Dmitry Peskov said, 'I do not know who hacked pharmaceutical companies and research centers,' and involved in the Russian government's hacking Denied. Kiril Dmitriev, CEO of the Russian sovereign wealth fund , which supports the research and development of the COVID-19 vaccine, also criticizes 'it hurt the appreciation of Russia's commitment to the COVID-19 vaccine.'