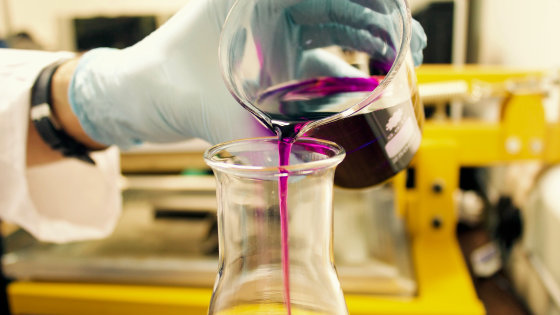 From 2007 to 2009, in the United States, there was a growing movement for banks to make profits by securitizing investments in subprime loans. Once a loan is sold to an investor, the bank takes no risk, increasing the number of cases where the bank imposes a loan on general consumers, regardless of suitability. Of course, there were rating agencies that judged the suitability of consumers, but because rating agencies received money from banks, they were rarely rated against banks. By this mechanism, by 2008, bad debts and unsustainable debts accumulated, and the bubble eventually collapsed.

The same thing can happen in the scientific world. 'People who publish many exciting papers based on weak evidence' are rewarded more than 'People who collect enough evidence over a long time and publish few papers', and scientists and companies other than themselves Jimling believes that a world where the scientists who do follow-up studies and publish papers do not have to risk is a situation where the subprime loan crisis can occur in the scientific community. In the scientific world, people who make new scientific discoveries tend to move on to other innovations after publication. There is also a publication bias, and even if others who take over the discovery point out mistakes, they may not reach the public. In fact, Bayer is a pharmaceutical company of Germany, where Bayer researchers for the development of medicine is trying to reproduce the contents of the scientific papers, the contents of 65% of the total could not be reproduced has announced .

This is not because scientists are cheating or cheating. The data is authentic and observations were made. However, in the scientific world where there is a competition to publish more papers, scientists who collect time and caution and self-criticism over time are hard to get ahead, have limited resources, There are situations where achievements are less noticeable. One of the problems with subprime loans was that the quality of loans has become meaningless for banks, but the same is happening in the scientific world.

Of course, the scientific community has introduced a “ peer review ” system to manage the quality of papers. However, in recent years, with the advent of open access journals, the entire system for publishing papers has changed.

The open access journal is intended to make articles accessible for free and to increase the public nature of scientific papers. However, while traditional publishers collect fees from readers, open access journals charge the authors of published articles. For this reason, in order for publishers to earn money, it is necessary to increase the number of articles published instead of increasing the number of publications. If the paper is published in a prominent journal, the author will be willing to pay. This creates a mechanism that generates money as more exciting papers are published, more references are available, the journal is more influential, and more papers are submitted. Virtues and feats have been created in the scientific world over the past decades, but like the 21st century banker, self-regulation is lost, and there is a great chance that things will look and behave differently. Science is ultimately self-correcting, and ongoing research corrects incomplete past conclusions, but this takes a lot of time.

Jimling says that unless leadership is taken to change the structure of existing incentives, research that wastes time and effort will continue to be promoted. Mr. Jimling pointed out that such waste and research delays cannot be tolerated by those suffering from illnesses for which treatments and techniques have not been established.