Google will complete a quantum computer that can solve 10,000 years of calculation problems in 3 minutes and 20 seconds 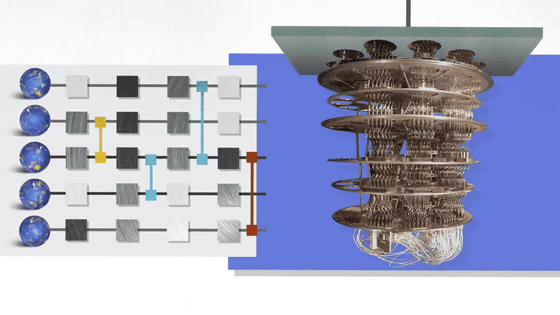 Google has announced that it has developed a 'quantum computer that can solve a computational problem that takes 10,000 years even in the world's fastest supercomputer in 3 minutes and 20 seconds.'

Quantum computers use 'quantum bits' to process information instead of 'bits', which are units of information processed by conventional computers. Bits take either “0” or “1” values, and in a conventional computer all information is processed as a sequence of bits. On the other hand, qubits are not “0” or “1”, but use quantum mechanical superposition of “becomes“ 0 ”and“ 1 ”at the same time”. Using qubits, it is possible to perform a huge amount of operations at the same time.

Qubits are explained in the following article in an easy-to-understand manner.

How do experts explain “quantum computers” to people with different knowledge and experiences? -GIGAZINE 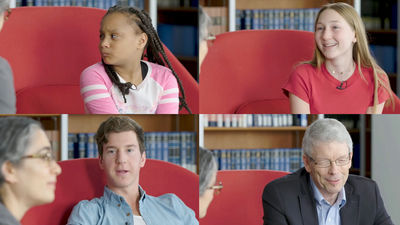 In order to develop this quantum computer, Google first developed a processor for quantum computers called “Sycamore”, which is equipped with 53 qubits and is highly stable. Each qubit is connected to the other four qubits, and calculations are performed while the qubits interact with each other. 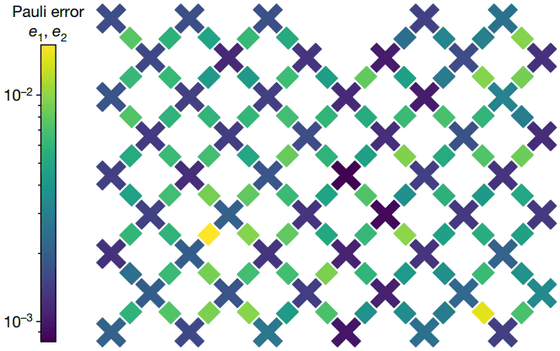 These 53 qubits will enable 2 to 53 multidimensional calculations. Sycamore has the following appearance. Conventional quantum computer processors have many errors due to noise, and their practicality has been questioned, but Sycamore has improved the problem by using a new control knob that can turn off the interaction between adjacent qubits. Even when multiple qubits are connected, the error is greatly reduced.

When benchmarking with a quantum computer incorporating Sycamore, the world's fastest supercomputer solved a computational problem that took 10,000 years within 200 seconds (3 minutes and 20 seconds).

Below is an illustration of an artist directing Sycamore mounted in a cryostat. In the announcement, Google stated that it had achieved ' quantum transcendence ' around the spring of 2019, which indicates that it has computational power that is not possible with conventional computers. Sycamore's quantum computer seems to be fully programmable and capable of executing general purpose quantum algorithms.