What is the big wall that stands before the quantum computer practicalization called "dream computer"? It is said to realize extremely fast processing capability by using the characteristics of quantum which can simultaneously have "0 and 1" statesQuantum computerIsDream computerAlso called practical application is also greatly expected. Although it is said that if it realizes it is said that it has a high processing capability that is unlikely to be compared with modern existing computers, in reality it is still a big barrier to putting it into practical use. Quanta Magazine of Science and Computer Technology specialized media is summarizing the actual situation.

The concept was proposed in the 1980's and quantum computers that had been reported to be theoretically demonstrable in the 1990's are expected to realize processing speeds that are not comparable with existing computers if realized It is. Conventional computers realize various functions by processing very large numbers of "0" and "1" digital data at ultra high speed, but after 2015 they show evolution of semiconductor chips The limit of "Moore's Law" came to be screamed and it is said that it is about to reach the limit of technology at last. 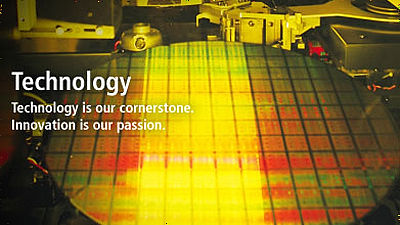 Quantum computer is breaking such a situation and attracting great attention as a next generation computer. Quantum computers are said to be able to realize the processing speed of the "different dimension" level exactly by using the characteristic "0 and 1 exist simultaneously" of the quantum. In the case of a conventional computer, the relationship between the number of processors and the processing capacity basically increases by a single proportion. On the other hand, quantum computers are theoretically proved that their abilities increase exponentially, but they are expected to be a breakthrough to enable next generation technology. Scientific journal "Neture" in January 2017Quantum computer shifts from "research" to "development" stage in 2017In fact, IBM announced the commercial service "IBM Q" that everyone can see using quantum computing in March 2017 in March 2017, and in various quantum computer neighborhoods suddenly various Movement is beginning to occur. But according to Quanta Magazine, the road to realizing it is not optimistic enough to be widely thought. Although it is a quantum computer that is being emphasized as a state-of-the-art computer technology, it is said that still high barriers are being met to realize it.

A quantum computer that performs calculation using "simultaneous presence of 0 and 1" realizes processing called "massively parallel" by using the effect of "quantum overlap" and "quantum entanglement". The unit of the information "this state of 0 and 1 simultaneously exists"QubitIt is one of the most fundamental matters in realizing a quantum computer.

When trying to perform calculations using quantum bits, the point of whether or not it is maintained in the state of "quantum coherent", which becomes important particularly when processing is performed in parallel using a plurality of quantum bits is. In order to perform calculations correctly using quantum bits, mutual quantum does not cause interferenceCoherentWhether or not it is in a state is very important, and when this state is not kept, mutual quantum states influence each other, so you can not get the correct answer.

Even in contemporary technology, the coherent state can only be kept for a very short time of only 1 second. Although it can be said that "1 second" is a very long time on the computer's time axis where more than 100 million processes per second are processed, it is difficult to deal with the instability of quantum computers It is said that it is a big problem to raise.

There are also seemingly contradictory tasks that it is impossible to measure in what state the quantum is in principle from the outside. This is due to the fundamental characteristic that the state changes by trying to measure the state of the quantum and it is very troublesome that there is no way to confirm in principle whether or not it is operating correctly It is a problem. A clever way conceived to solve this is to indirectly see the state of the qubit by multiplying the qubit with another qubit called "Ansilabbit". But for this it is necessary to create a very complicated state "use another qubit to increase the reliability of the qubit". Although the effectiveness of the countermeasure method using Ansira has been confirmed, the problem to be asked there is the question of "how many quantum bits actually are needed". There are various ways of thinking here, from Jens Eisert's physicist at the Free University of Berlin "800 quantum bits is sufficient", from the thing called "Quantum theory scholar Alán Aspuru-Guzik of Harvard University" Bit is necessary. "Various calculations are being made. In other words, the complexity of requiring "supplementary qubits" ranging from hundreds of times to ten thousand times to measure performance by measuring one calculation owes a fate that quantum computers can not escape in principle That's why. About this, Andrew Childs, a researcher at the University of Maryland's Quantum Information and Computer Science Collaborative Research Center, said, "The current error rate greatly limits the computation time that is feasible, realizing something interesting with a quantum computer In order to do it, we have to find a way to do better. "

Instead of correcting errors, a technique has been devised that avoids errors and cancels (counteracts) the effects of errors. For example, IBM researchers are developing a scheme to mathematically calculate the amount of errors that can occur in calculations, thereby allowing the calculation result to exceed the limit of "zero noise". However, the problem of this error correction is very difficult to solve by many scientists, Gil Kalai, a mathematician at the Hebrew University in Israel, said, "The work of creating quantum error correction codes is a quantum computer Is more difficult than proof that it is better than a conventional computer. " In addition, "Devices that do not have an error correcting function are computationally very primitive, and we can not get the result that quantum computers based on such technology outperform conventional computers." In other words, quantum computers at the stage of many errors are not superior to conventional computers. In addition, this "increase in the number of quantum bits" also has a great influence on the "overhead" of the high power consumed by the entire computer. There is a situation that the method to solve the problem caused by quantum makes the whole system more complicated.

One of the methods for improving the reliability of the quantum computer was "to clear the problem with the power of a number" as described above. Another way to do this is "to increase the efficiency of the algorithm". As mentioned earlier, in order for a quantum computer to accurately calculate, it is necessary to complete the process while it is in the "coherent state". What becomes important here is how to make an algorithm efficient and to complete the calculation as soon as possible.

IBM researchers suggest that the quantum computing power of a particular device should be expressed as a number called "quantum volume". This is a summary of all relevant factors such as the number of quantum bits of the device, the depth of the algorithm, "gate quality" such as noise property, and so on, which can be said as an index for expressing the so-called total performance. The thing to see from here is that "Quantum computer can not only know the number of engines, but also its performance for the first time by evaluating the state in which the attached peripheral system is engaged." It still takes some time to clear these technical issues, and it seems that we can not see optimistically that the realization of quantum computers is "in the near future".