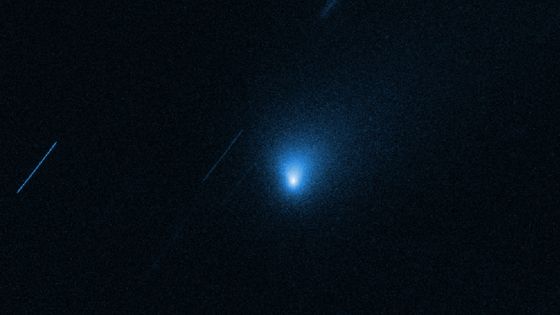 An interstellar celestial body is an object that is not bound to a star or other celestial body by gravity, and unlike Halley's comet that approaches the Earth every 75 years, even if it passes through the vicinity of a star or planet temporarily, it will pass Will not come back again. According to the observation technology at the time of writing the article, only interstellar objects that have passed through the solar system can be detected.

The first thing in the history of observation that was confirmed to be an interstellar celestial body was a small celestial body called “ Aum Amua ” discovered on October 19, 2017. It seems that it was October 14 before the discovery that it was closest to the earth, and it was already moving away from the earth at the time of discovery. Nevertheless, many researchers focused on the discovery of interstellar celestial bodies that were theoretically thought to exist but were not observed. 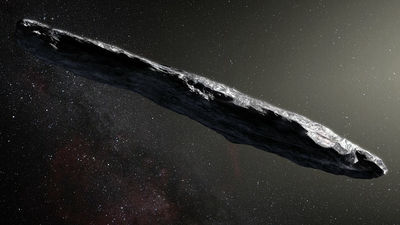 On August 30, 2019, amateur astronomer Gennady Borisov will discover a new comet with his own telescope. Professionals and amateur astronomers around the world observed this comet, and as a result of orbit calculations by the Asteroid Center operated by the Smithsonian Astrophysical Observatory and the NASA 's Near-Earth Astronomical Research Institute, The comet discovered in is confirmed to be an interstellar celestial body.

The interstellar celestial body, which is the second example in observation history, is named “Borisov Comet” from the name of the discoverer Borisov and attracts the attention of many astronomers. The Hubble Space Telescope observed such a comet Borisov at a position 260 million miles away from the earth (about 418 million km).

A movie using images taken by the Hubble Space Telescope has also been released.


Comet Borisov moves at a high speed of 110,000 miles per hour (about 177,000 km), and as an astronomical object flying from outside the solar system, important clues about the chemical composition, structure, dust characteristics, etc. of planets in other star systems Has been pointed out the possibility of bringing about. 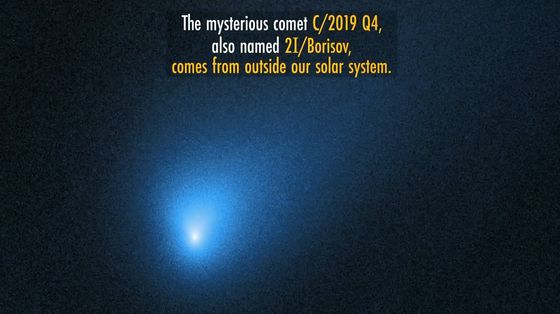 Comet Borisov, who came from outside the solar system, will be closest to Earth on December 7, 2019. 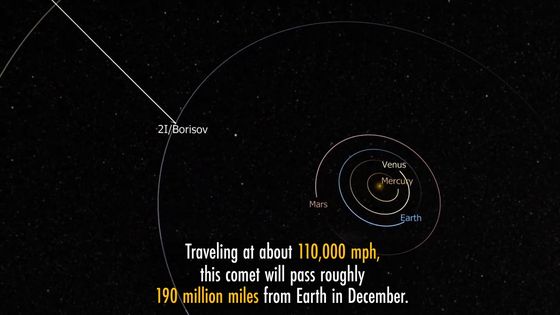 The distance to the earth at the time of the closest approach is expected to be about 190 million miles (about 360 million km), which is about twice the distance between the earth and the sun. Observation of Comet Borisov with the Hubble Space Telescope will continue until January 2020. 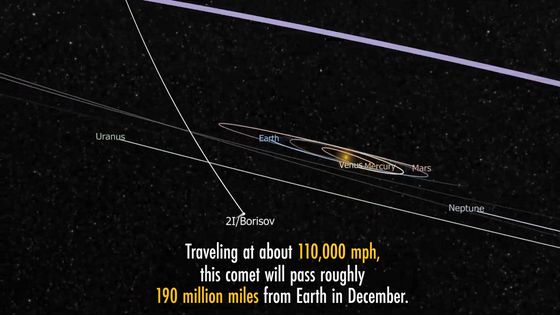 From observations such as the Hubble Space Telescope, comet Borisov appears to be similar to the components and characteristics of the solar system. 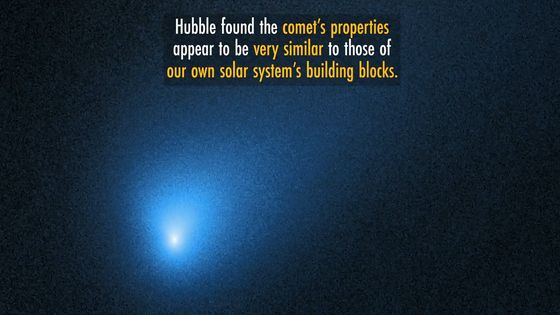 Max Mutchler , a member of the observation team, said, “New comets are always unpredictable.” “First exposure to the intense heat of the sun can cause sudden emission or disintegration.” It was.