NASA announced that a

transit exoplanet exploration satellite (TESS) launched in 2018 observed a phenomenon called “ tidal destruction ” that caused black holes to break apart stars. The black hole that caused the tide destruction observed this time is about 6 million times the mass of the sun, and the destroyed star may have been the same size as the sun.


A star moving through outer space ... When approaching the vicinity of a black hole, it will deform into an ellipse like a rugby ball instead of a sphere due to the gravity of the black hole. Furthermore, if it is sucked into a black hole, even an ellipse cannot be maintained, and it becomes finely divided into a river-like shape. This phenomenon is called tide destruction. Gaseous stars swirl around a black hole to form something like a “disk”. This disk is called an “ accretion disk ” in which gas and dust form around high-density objects such as black holes and neutron stars. This tidal destruction observed by TESS was named “ASSASN-19bt”. The black hole that caused ASSASN-19bt has about 6 million times the mass of the sun, and the destroyed star may have been the same size as the sun.

TESS detects the light produced by ASSASN-19bt. “It's a different phenomenon than a

supernova because the amount of light increase was very slow,” NASA wrote. In addition, we reported that the temperature with ASSASN-19bt was halved in just a few days. It seems that this rapid decrease in temperature was not seen in previous tidal destructions. NASA states that “tidal destruction is a very unusual phenomenon that occurs only once in 10,000 to 100,000 years in our galaxy.”

NASA has also released an image that visualizes a black hole that cannot be seen because it absorbs light by simulation.

Published images are below. You can see the original gif image by clicking, and you can see how the accretion disk represented in orange around the black hole circulates. 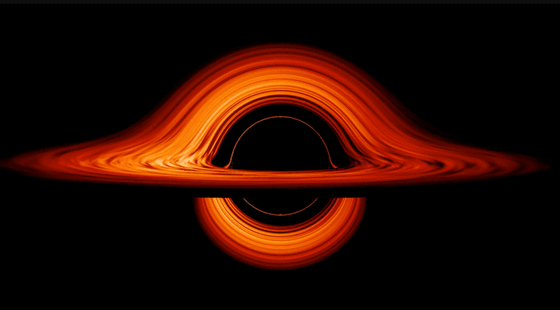 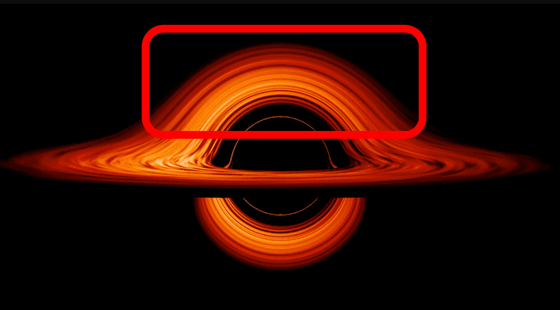 Such an accretion disk looks like a normal disk when viewed from directly above. NASA has released a GIF image that shows at a glance that the shape of the accretion disk changes depending on the viewing angle. You can see it from the following link.