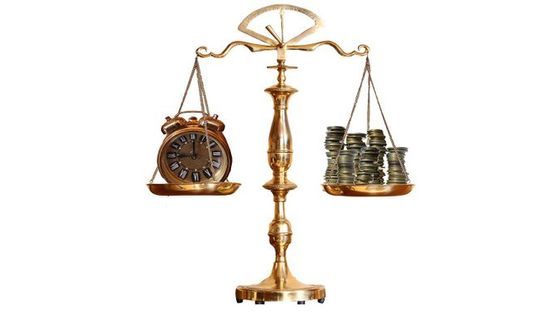 Past research has revealed that “ you cannot buy happiness with money, but you can buy happiness with time”, but the course and happiness of students who answered the questionnaire “Which do you think money or time is important?” The survey results show that people who value time are more rewarding and have a happy life.

Recent graduate advice: why choosing a job for the money has a dark side | Inverse
https://www.inverse.com/article/59375-recent-grads-who-value-time-over-money-are-happier-one-year-out

A research group such as Ashley Willans, who studies behavioral science at Harvard Business School, asked about 1,000 students at the University of British Columbia who graduated asking, “Which is money or time?” A questionnaire was conducted. And after the subject graduated, they asked the same question and asked them to answer a questionnaire that asked them whether they were satisfied with their job or whether they were happy. On the other hand, the results of the questionnaire on career and happiness after graduation were very different. The student who was a time group in his school days was more satisfied with his job than a money group student, and he was overwhelmingly happy. When Mr. Willans investigated the employment place of time group people, while they were generally working on `` what they want to do / something worth doing '', the money group people chose a good job, It was n’t tied to what I wanted to do. ” In the questionnaire conducted by the research group, there were items that evaluated whether the parents were wealthy or whether they were real people, but these factors did not have a significant impact on the course or happiness. thing. Mr. Willans pointed out that the person who answered that time was more important was not because he chose short-time work, but because he had a job that was rewarding and enjoyable. He told me that he would be happier if he wasn't bound by income or fame.