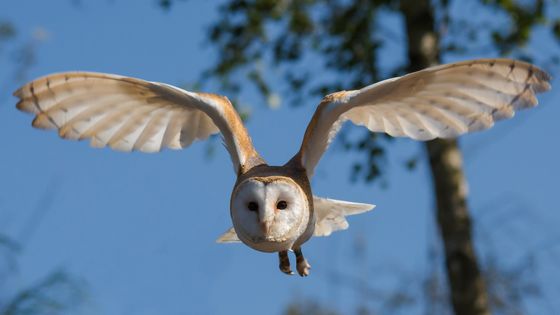 Because nocturnal carnivores hunt at night, it is often considered that it is advantageous to have a plain color that is difficult to find for food animals, but in nocturnal barn owls the abdomen is pure white There is an individual. Researchers have found that barn owls with white abdomen have the effect of “ stopping the movement of prey ”, and the abdomen color is more advantageous for moon hunting than red and brown individuals.

Barn owls are common nocturnal birds found near towns and villages around the world, and although they are familiar to people, there are many points that are not well understood. For example, barn owls have a variety of feather colors, and some individuals are known to have white abdomen, while others are dark red and brown, but the reasons have not been known for many years.

Animals with many distinctive feathers and fur colors influence how they look from external enemies and prey in sunlight. For example, tiger stripes help tigers hide in the jungle and hunt close without being noticed by the prey. On the other hand, the effects of light in nocturnal animals such as barn owls are not well understood.

In nature, the main light source at night is the moon, and the light of the moon fluctuates according to the period. For example, if you are going to walk in the countryside where there is no light on the moon, you will need a flashlight to illuminate your feet and surroundings. You can walk safely. Research teams from Lund University in Sweden and Lausanne University in Switzerland conducted research on the assumption that barn owls are more likely to be found in prey and more difficult to hunt on a moonlit night than on a new moon night. The team has been tracking hunting and breeding behavior of Swiss barn owl populations with GPS and cameras for 20 years. Based on this data, the results of hunting were compared with the lunar cycle. As expected, it was found that barn owls did not hunt well on moonlit nights and caught less prey.

However, this result only applies to barn owls with red or brown abdominal colors, and not white barn owls. Surprisingly, the white barn owl in the abdomen was able to hunt prey, even on a full moon night, just like on a new moon night.

The research team decided to consider why this was the result from the viewpoint of the “prey” of barn owls. The research team uses the voles that are the main prey for barn owls, and the red barn owls and white barn owls in the abdomen are brought close to each other under different conditions of the full moon and the new moon night, and what kind of difference appears in the reaction I have investigated. As a result of experiments, it was found that vole hunts find barn owls earlier in the full moon night, regardless of the color of barn owls. It is also known that small animals, such as the genus Voles, try to pass the predator when they find a threatening predator, stiffening the body as a defensive action not to be found by the opponent. Strangely, it seems that the time to stiffen is longer than usual only when the vole genus discovers a white barn owl in the full moon night. This prolongation of the stiffening time did not occur for red and brown barn owls. 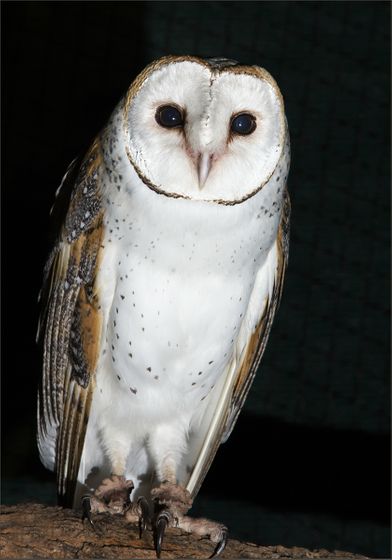