Australian investor Craig Wright, who claims that 'Satoshi Nakamoto, who invented the basic theory of blockchain and Bitcoin that forms the basis of cryptocurrencies, is himself,' said his former colleague Dave Kleiman. The federal district court ordered Mr. Wright to pay half of his Bitcoin to Mr. Kleiman's bereaved family after being accused of 'monopolizing 1 trillion yen worth of Bitcoin' by his bereaved family. rice field.

Mr. Wright claims that 'I and Mr. Clayman devised a Bitcoin system together' and 'Satoshi Nakamoto, who published a paper that is the basic theory of Bitcoin, is my pseudonym.' Mr. Clayman passed away in 2013.

Now that Craig Wright has lost his case and a judge has thrown out all his evidence and described him as a perjurer, everyone who was deceived by him will be lining up to sue him for fraud. and proven liar. pic.twitter.com/BgZqlebKIw

However, a document submitted by Mr. Wright to support his claim was suspected of being counterfeit. Mr. Wright also used a key owned by Satoshi Nakamoto to generate a cryptographic signature as proof that he was Satoshi Nakamoto, but this used a public key. It is a thing and has no proof ability. Is the inventor of ethereum Vitalic-Buterin said, and 'Craig Wright is a cheater' for the Modern Consensus of virtual currency-related media affirm we are.

Mr. Wright was sued by Mr. Clayman's bereaved family, saying, 'Mr. Wright tried to monopolize the bitcoin of up to 1.1 million BTC that Mr. Wright and Mr. Clayman jointly owned.' 1.1 million BTC is worth about 1.13 trillion yen at the time of writing the article when converted to Japanese yen. 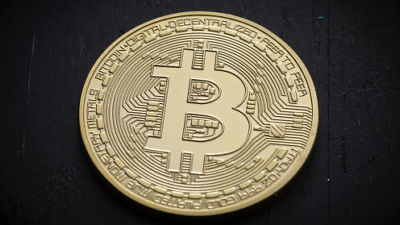 At the trial, Mr. Wright repeatedly claimed that he 'invented Bitcoin' and 'thought that if a criminal robbed Bitcoin, it would be related to credit problems, so he cooperated with Mr. Clayman and asked a trader. We carry the keys needed to get Bitcoin in a tax-free manner. The keys will be returned by the vendor in 2020. '

Judge Reinhardt said, 'Mr. Wright's attitude did not give me the impression that he was telling the truth. Mr. Wright shows good memory and pays close attention to details when it is convenient for him. I showed the situation, but when it wasn't, I had a warlike attitude, but I was able to dodge it. ' It was determined that Mr. Wright was making inconsistent statements, the content of the story changed, and he was writing a false document with an old date.

The court ruled that all Bitcoins mined by Wright before Clayman's death in 2013 are 'all shared property with Clayman.' Wright, who submitted a forged document and gave false testimony, was ordered to give the bereaved family the intellectual property associated with half of the Bitcoins mined before 2013.

'If the court makes an order I will comply with the order. And the court has made an order. It's that simple.' Https://t.co/SWckrvwCP4
. pic.twitter.com/2Qa2fRdIeh

Mr. Wright has the right to appeal the ruling, but Mr. Wright told Modern Consensus that '500,000 BTC will have to be paid in Bitcoin' and willing to comply with the court order. I'm showing you. I don't know if Wright really owns 1 million BTC of Bitcoin, but a court order requires Wright to pay up to about 500 billion yen worth of Bitcoin to Clayman's bereaved family.

Half of the approximately 500,000 BTC Bitcoin paid will be inherited by Mr. Clayman's bereaved family, but an inheritance tax of approximately 200 billion yen will be levied. If Mr. Clayman's bereaved family does not have 200 billion yen in cash, Mr. Wright expects that about 200,000 BTC of Bitcoin will flow to the market as a result, and Mr. Wright will have a big impact on the Bitcoin market. Mr. says. Bitcoin is relatively easy to mine in the early days, and it is said that more than 1 million BTC of Bitcoin was mined in 2010. Many of the early mined Bitcoins are believed to belong to Satoshi Nakamoto, and the trial filed by Mr. Clayman's bereaved family also said, 'Mr. Wright is Satoshi Nakamoto and can control the early Bitcoins. It is based on the assumption that it is in.

However, if Mr. Wright was not Satoshi Nakamoto, it is hard to think that he owns 1 million BTC, so technical media Ars Technica said, 'Mr. Clayman's bereaved family and Mr. Wright do not exist. It may be legally fighting for coins. ' 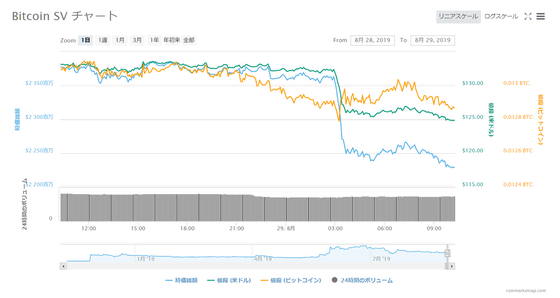