The possibility that crime was done in outer space for the first time in human history, NASA astronauts suspected of unauthorized access 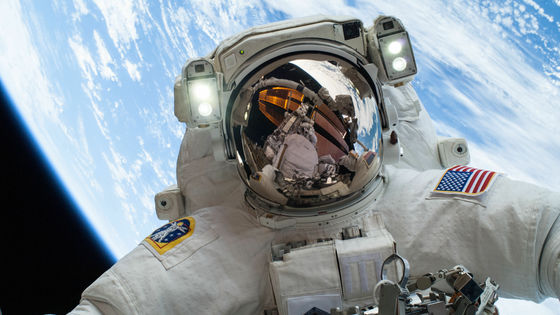 The New York Times reports that NASA astronauts have been accused of 'unauthorized access from the space station through NASA's computer network' by a same-sex partner in a divorce suit. The astronaut side has denied the charges, but it has become a hot topic that it may become “ the first crime in space ever ”.

How a Bitter Divorce Battle on Earth Led to Claims of a Crime in Space-The New York Times
https://www.nytimes.com/2019/08/23/us/nasa-astronaut-anne-mcclain.html

Former US Air Force information engineer Summer Warden noticed that there was a suspicious browsing history in his bank account, and when he contacted the bank, he found out that it had been accessed from NASA's computer network. Warden was in divorce talks with Anne MacLaine, a same-sex partner and NASA astronaut.

In June 2019, Mr. McLane had just returned to Earth after completing his half-year mission at the International Space Station. Maclain is an army officer who has experienced over 800 hours of fighting in Iraq and has been participating in the mission as a NASA astronaut since 2013. In addition, Mr. McLane seems to be listed as a candidate for the “female astronaut who walks on the moon for the first time in human history” in the “ Artemis Project ” to send mankind to the moon by 2024.

Mr. McLane, who was married to Warden in 2014, said he wanted to adopt his son, but Warden refused. In 2018, MacLaine appealed to the district court to share child-rearing rights because Warden was a very expensive person and poor money management.

Mr. Warden filed a complaint with the Federal Trade Commission and at the same time complained to NASA's General Audit Office that 'A threatening email arrived from the International Space Station' and 'Unauthorized access from NASA was seen in the bank account.' According to the New York Times, although McLane admitted that he had access to the bank account from space, he argued through the lawyer that he only checked the balance of the account, and denied the charges.

In response to the New York Times report and Warden's claims, McLane said on Twitter: “There are no obvious facts about these claims. We have experienced painful personal farewells, but unfortunately Is featured in the media. '

There's unequivocally no truth to these claims.We've been going through a painful, personal separation that's now unfortunately in the media.I appreciate the outpouring of support and will reserve comment until after the investigation.

Mr. Rusty Hardin, a lawyer on the side of Macrane, said, “I strongly deny that Mr. Macrane worked for fraud,” and announced a comment to fully cooperate with Macrane. Mr. McLane said that he had accessed the account many times before entering into the divorce talk to confirm the child's child support, and had used the password for a long time. He also argues that Mr. Warden has never been notified that his account has been banned.

In the United States, Russia, Japan, Europe and Canada, there seems to be a manual on how to deal with astronauts when they face a legal problem during their mission in space. However, according to Mark Sundar, director of the Global Space Law Center at Cleveland State University, there have been no actual crimes in space. At the time of writing, NASA is in the process of investigating, but if unauthorized access to a bank is found illegal, it is the first crime in human history that took place in space. The New York Times asked NASA for comment through Hardin, but NASA declined to comment. NASA then told Space.com, which deals with space-related news: “Lieutenant Colonel Ann MacLane is one of NASA's top astronauts with a skilled military career and a combat mission in Iraq. NASA will not comment on the personal issues of astronauts and all NASA employees involved in '