Commander admits that U.S. Cyber Command has conducted an 'aggressive hacking operation against Russia' in support of Ukraine It is reported that Russia has

launched multiple cyber attacks before and after the invasion of Ukraine, but the United States has revealed that it has cooperated with Ukraine's cyber defense even before that. Meanwhile, the Secretary of the National Security Agency (NSA) and General Paul Nakasone, commander of the United States Cyber Command, have publicly acknowledged for the first time that the United States is conducting an 'aggressive hacking operation' against Russia. rice field.

The Cooperative Cyber Defense Center of Excellence (NATO) of the North Atlantic Treaty Organization (NATO) in Tallinn , the capital of Estonia, will hold an international conference on cyber conflicts ' CyCon ' from May 30 to June 3, 2022. Is being held. In an exclusive interview with overseas media Sky News, Mr. Nakasone, who gave a keynote speech at CyCon, conducted an 'aggressive hacking operation' against Russia by the U.S. Cyber Command as part of Ukraine's support against Russia's invasion of Ukraine. I admitted that I was there for the first time.

Mr. Nakasone did not disclose the details of the hacking operation, but said, 'We have carried out a series of operations covering the entire range of attack, defense and information manipulation,' said civilian control over the military and the Pentagon 's. It claims to be a legitimate activity based on policy decisions. 'My job was to provide the Secretary of Defense and the President with a set of options, and I did,' Nakasone said, but refused to explain the specifics of the 'options.' That. Nakasone points out that the United States has a strategy of revealing various truths, in contrast to Russia's manipulation of information such as fake news. Since 2018, Mr. Nakasone has been conducting `` Hunt Forward Operation'' to send cyber operation experts to allies to explore potential information of enemy countries and strategically expose malicious behavior. .. Nakasone added that Russia's invasion of Ukraine has also provided information to the West, saying, 'Sharing accurate and timely information and enabling broader action is critical in this crisis. I had a strong power in. '

Operation Hunt Forward dispatches cyber operations experts to 16 US allies to detect and thwart potential threatening cyber activities. In this operation, the discovered information is shared with the cooperating country, and by exposing the cyber attack tool of the enemy country that would have spent a large amount of money, it is possible to hit the cyber activity of the enemy country. .. 'This is very powerful because we see our enemies and expose their tools,' says Nakasone.

According to Mr. Nakasone, the United States sent cyber experts to Ukraine in December 2021 at the invitation of the Ukrainian government, and the hunt forward operation was carried out for about 90 days. Members withdrew from Ukraine during February, along with other Pentagon officials, but it is also reported that a top-secret US mission stopped Russia's cyberattacks. 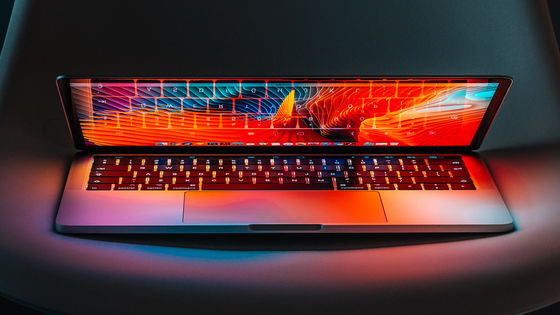 The White House spokesman Karine Jean-Pierre said on June 1 that any cyberattack on Russia would not violate US policy to avoid a direct military clash with Russia.