A device that turns seawater into fresh water using only sunlight is developed. Salt can also be produced as a by-product. “Water” is essential for human life activities. However, there are many waters in the world that humans cannot drink due to problems such as salt and other bacteria contained in water. Meanwhile, the only sunlight to the exclusion of salt from sea water in the power change to drinkable fresh water, '

seawater desalination perform the' devices has been developed.

Every year, 844 million people do not get clean water, and the number of newborn babies who die from water is one person per minute. Sea water desalination and wastewater reuse are global issues, as approximately 3% of the world's total energy consumption is spent on water treatment.

The seawater desalination unit, developed by a research team led by Professor Siwan Chan of the Department of Chemistry at Monash University, is a disk-shaped ultra-hydrophilic filter paper coated with carbon nanotubes that attracts water. Seawater that enters this “evaporation and dehydration disk” evaporates in response to the thermal energy of sunlight absorbed by the carbon nanotubes. Evaporated water stays in the filter paper part of the evaporative dehydration disk and becomes fresh water, and the salt becomes crystals and is discharged from the outer edge of the evaporative dehydration disk.

Monash University has released a movie showing how this seawater desalination system actually operates. If you look at this movie, you can see at a glance how seawater is desalinated and salt crystals are generated.


A seawater desalination system with a newly developed black disk in the center. The released movie is fast forwarded at 18,000 times. 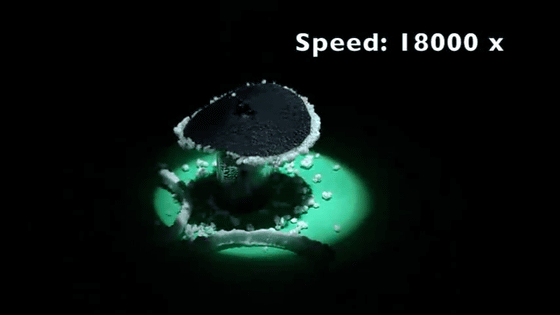 Salt is generated from the outer edge of the evaporation dehydration disc. 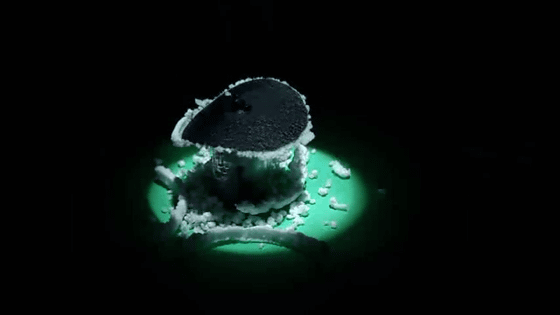 After 100 hours, the amount of salt crystals is enough to accumulate on the side of the evaporation dehydration disk. 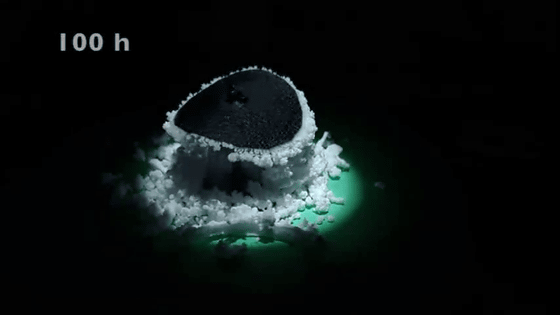 Even after 500 hours, salt continues to be produced. 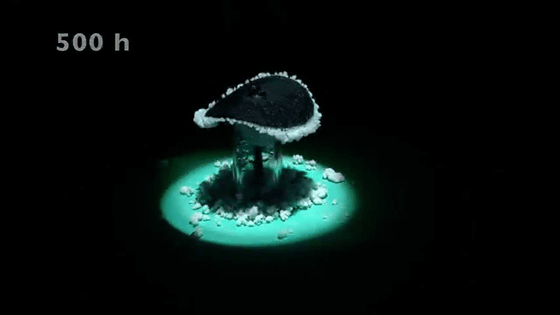 According to the announcement, this seawater desalination device can not only remove almost 100% of salt from seawater, but also can be used for salt production. The research team has already completed the operation of the seawater desalination unit in Lake Rapepede in southern Australia, and it seems that it can produce 6 to 8 liters of fresh water per square meter of evaporative dehydration disk per day.

This seawater desalination technology not only secures drinking water in countries and regions where power infrastructure is scarce, but also eliminates drainage, which converts difficult-to-treat liquid waste into solids, sludge dewatering, and resource recovery from wastewater. It is expected to be diverted to. Professor Chang commented, 'I hope this research will be useful for supplying drinking water to millions of people, collecting resources from wastewater, and elucidating the impact of wastewater on the environment.' .