man plum ' series has been collaboration 'Nissin Yakisoba UFO dark dark man plum Yakisoba' is August 19, 2019 (Mon. ) Appeared. It is said that it is finished in 'Dense Ume' Yakisoba, which is a condensed umami of umeboshi and the acidity that penetrates by sprinkling with a sauce with the scent of concentrated plum juice and perilla and umeboshi flakes. I was curious about what kind of taste it was, so I actually tried it. In the package, concentrated plum juice and umeboshi flakes were appealing along with an illustration of a male plum mascot character who muttered 'W de plum!' Looking at the raw material names, it has the same composition as general yakisoba, such as fried noodles, sauce, sardines, and furikake. However, the sauce contained 'Katsuobushi extract' and 'Ume fruit juice', and the sprinkle contained 'Umeboshi flakes', 'Plum seasoning' and 'Nori'. 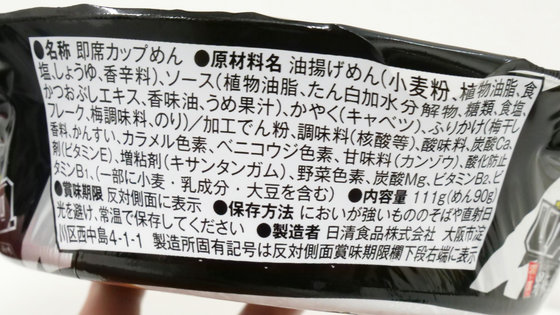 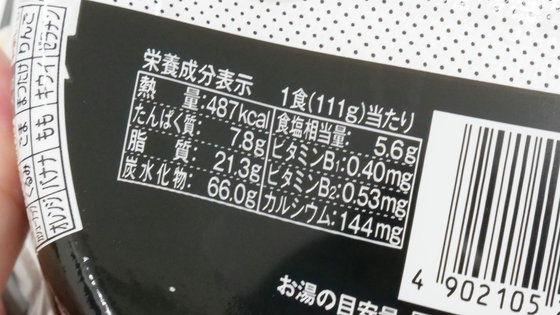 It looks like this when the packaging is removed. Open a part of the lid and take out the liquid sauce and sprinkle. Pour boiling water into the cup and wait for 3 minutes. After 3 minutes, I drained the water and opened the lid. The only ingredient is cabbage, and it looks very simple. When you pour the liquid sauce, you already have the scent of plum vinegar. 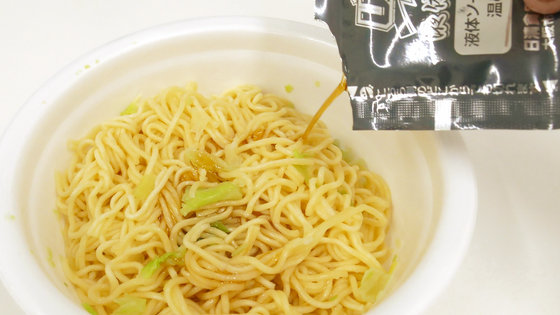 Mix it well and sprinkle it on it to make it look like this. Red grains of dried plum pulp and black chopped paste are topped on the fried noodles. When you try it, you can feel the acidity and aroma of umeboshi and umeboshi. Furthermore, the flavors of dried bonito and chopped bonito are combined to create a completely Japanese-style salted fried noodle. Although the flavor oil contained in the sauce is quite oily, it is easy to eat because of its vivid aroma, the acidity of pickled plums, and the strong umami of dried bonito flakes. The acidity is certainly strong, but it wasn't that I couldn't eat it, but rather it stimulated my appetite and I ate it in no time. 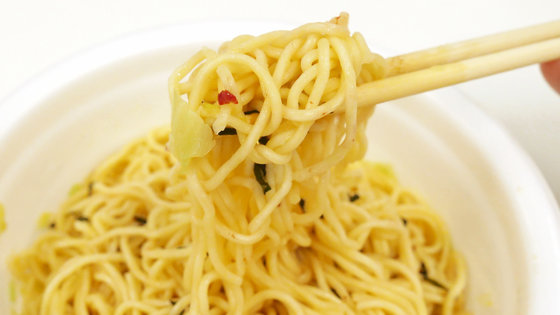 Nissin Yakisoba UFO Dark and dark man Umeyakisoba can be purchased at supermarkets and convenience stores nationwide from August 19, 2019 (Monday) for 208 yen including tax. In addition, you can purchase a set of 12 at Amazon.co.jp for 2501 yen including tax.