Nissin Yakisoba UFO '' series of cup fried noodles, the Yokohama- style-style mix soba based on pork bone soy sauce-based soup, and the `` Nissin Yakisoba UFO extra thick dark black pepper Yokohama-type mix soba '' 2020 Appears from Monday, March 27. I heard that there was plenty of black pepper so that it could be named 'dark and dark', and I actually tried eating it to see what it tastes like. Looking at the raw materials, the sauce contained black pepper oil. As it is from Yokohama, it also contains soy sauce, lard, pork extract, etc.

The calories are 705kcal per meal. Inside, in addition to the noodles, there is a liquid drizzle and black pepper sprinkle. 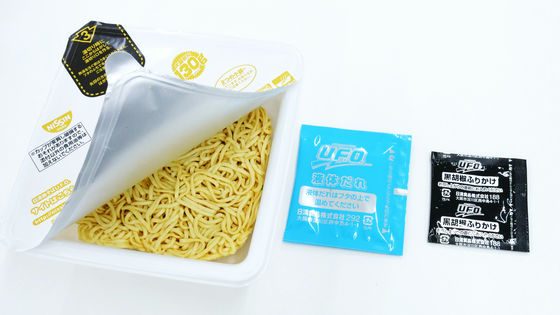 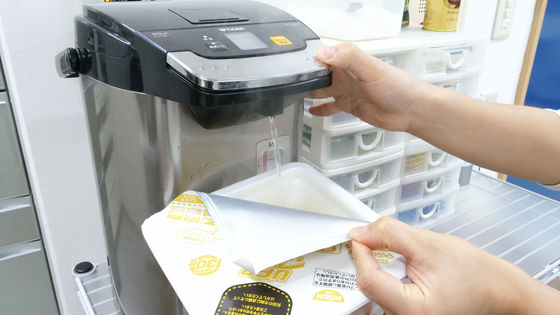 Place the liquid on the lid and wait 5 minutes. 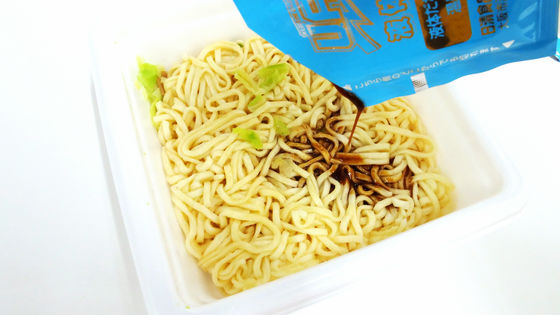 Sprinkle with black pepper and it's done. The ingredients are simple with only cabbage and pork. 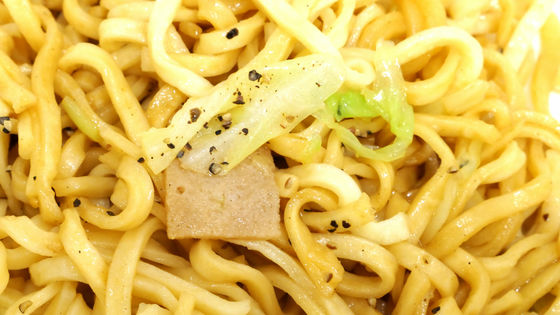 When you eat a sip, you will feel the texture of the peppery pepper in your mouth, and the bitterness and savoryness of black pepper will spread each time you chew. The noodles are sticky thick noodles and have a good eating response. Despite the strong flavor of black pepper, the rich flavor of pork bone soy sauce and the garlic was also felt. 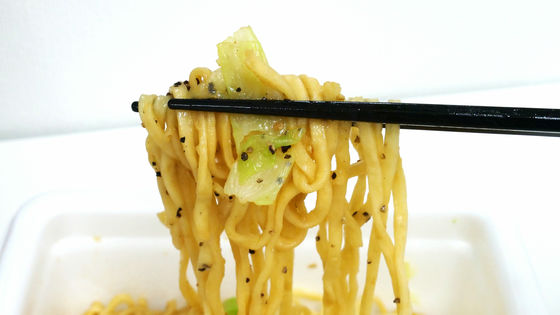 'Nissin Yakisoba UFO Extra Thick Dark Black Pepper Yokohama Maze Soba' can be purchased at convenience stores and supermarkets nationwide, and the price is 220 yen excluding tax. At the time of writing the article at Amazon.co.jp, a set of 12 pieces was available for purchase at 2709 yen including tax.