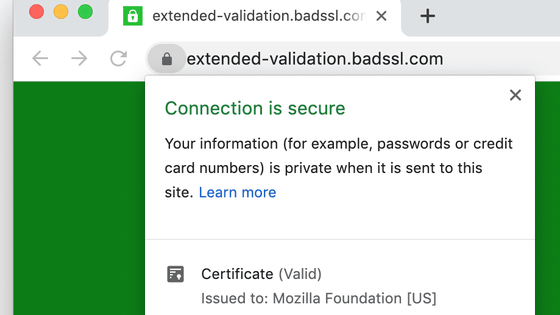 In Google Chrome and Mozilla Firefox, we found that the “ Extended Validation Certificate ” displayed at the left end of the URL bar will be removed. This 'EV certificate' was originally a mechanism to show the high reliability of the site, and it should have been important for users, but it seemed not to be very useful.

Until now, Google Chrome has displayed the “EV certificate” badge on the left side of the URL bar, and to which organization the certificate was issued, along with the country name.

However, in Chrome 77, it will be displayed with page information when opened by clicking the lock icon on the left end of the URL bar. 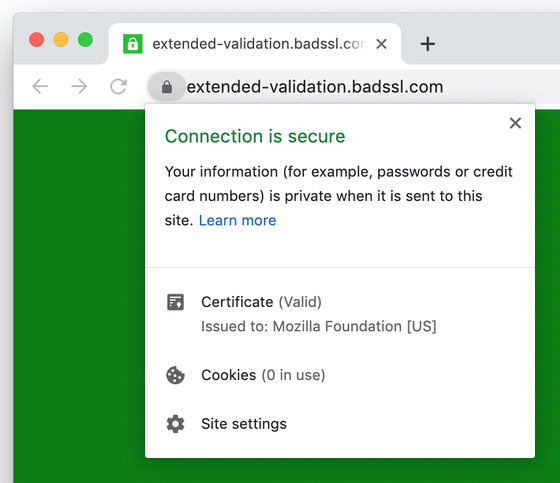 In Mozilla Firefox, EV certificate information has been displayed at the left end of the URL bar, just like Chrome.

However, it was decided to standardize the page information in Firefox 70. 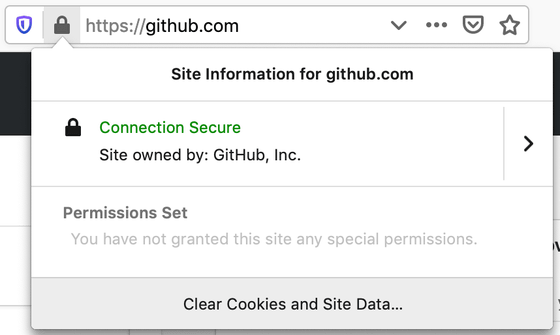 According to Devon O'Brien who announced the change information of Chrome, the display change is based on the judgment that the display of EV certificate information is not useful to the user at all and only occupies valuable screen area It is a thing.

In addition, according to Mr. Joan Hoffman, who announced Firefox, the effectiveness of EVs has been questioned for some time. In April 2018, and go to different parts of the jurisdiction, such as another state, entity name can generate a certificate that conflict but has been shown Rukoto, also effective after the lapse it from more than one year There was no workaround. It seems that Firefox now keeps pace with the disappearance of the EV certificate in Chrome 77. Note that Safari and Edge no longer display entity names.

By the way, issues related to the validity of EV certificates and field experiments conducted by Google are summarized in detail in the following blog.