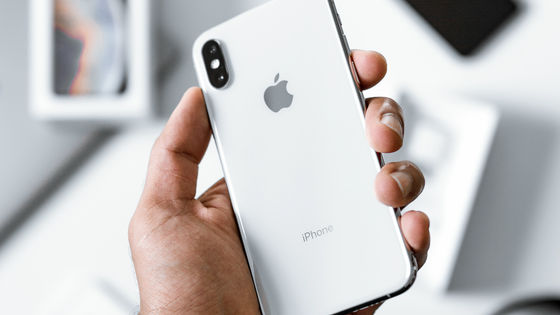 Tencent researchers announced that during the event to share the latest security related information Black Hat USA 2019 , it is possible to access the terminal through Face ID just by wearing glasses modified on the face It was. Normally, Face ID cannot be unlocked unless you are looking at the screen, and even if you turn off the screen gaze recognition function , you cannot unlock it.

However, according to the method announced by researchers, it is possible to break through Face ID by putting black and white tape on the lens part of the glasses and putting it on the owner of the iPhone who wants to access it. 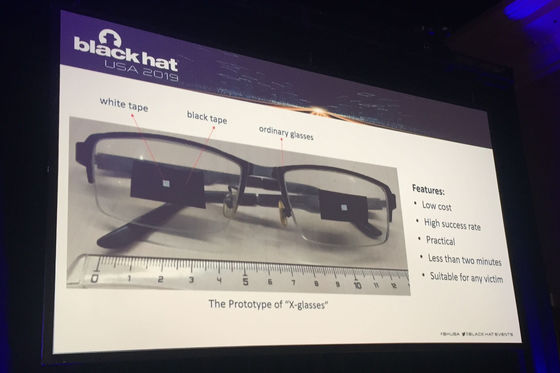 A researcher who announced an attack method that can break through Face ID said, `` The biometric data captured by the camera (at the time of authentication) is set (in advance) by leaking biometric authentication data and strengthening fraud ability using artificial intelligence (AI) 'Activity detection' to measure whether or not a person has become an Achilles tendon in the security aspect of biometric authentication, 'he said. 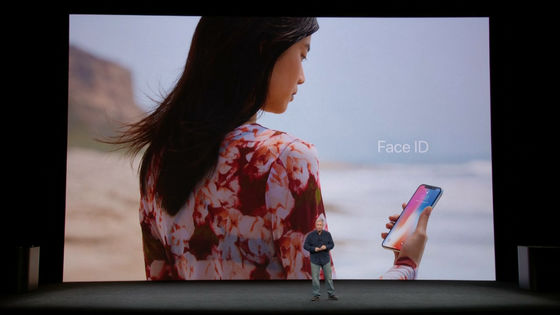 “There is a challenge with this method,” said Zhuo Ma of Tenhu Security, one of the researchers who devised a way to break through face recognition. However, it is necessary to avoid awakening sleeping targets. “In general, it was very difficult to counterfeit 3D systems, so we needed a more successful and less costly way,” explains the shortcomings and advantages of X-Glasses.

By using X-Glasses, it is possible to break through Face ID of a sleeping user, so if you use a mobile payment application etc., you will be able to send money illegally.