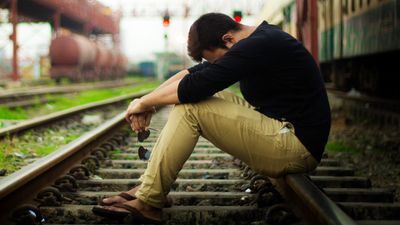 It is a very common idea that going to university broadens your choice of employment and increases your lifetime income, but it is also true that the cost of entering university is a huge burden on students. According to a survey on the pay survey site PayScale , many college graduates in the United States are suffering from repayment of education loans, and two-thirds of those who obtained a university degree say that they have regret over their education at college. It is clear that you are answering.

The largest backdoor entrance business in history, totaling over 600 million yen, unveiled at eight prestigious universities in the US, and 50 actresses arrested for bribery charges-GIGAZINE 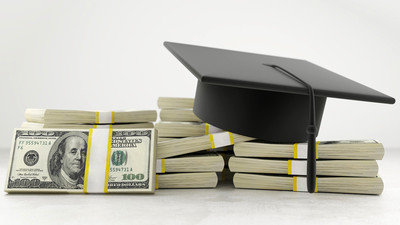 However, in an online survey conducted by PayScale from April to May 2019, of the 248,000 respondents, about 66% of those who obtained a bachelor's degree said that they regretted education at university. The most common reason for regret is 27.1% of “Student loans”, followed by 12.2% of “Majors” and the next one is “personal connection at university”. 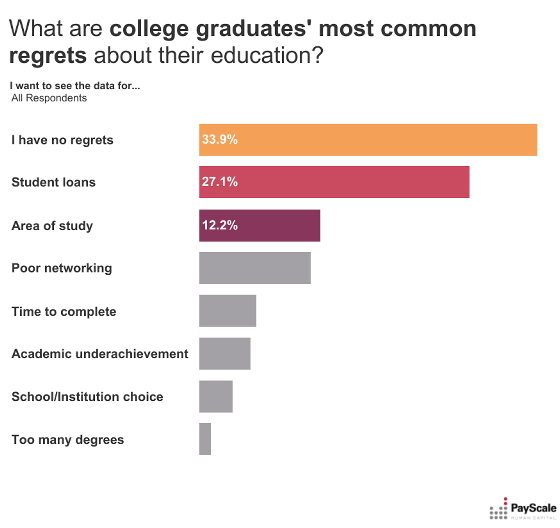 CBS News , a US news production company, points out that millions of students are suffering from student loans, which translates into regrets over college education. Of college students who graduated in 2019, 70% borrow a student loan, and the repayment balance per student is approximately 33,000 dollars (approximately 3.5 million yen).

Young university graduates are forced to repay their loans, making it difficult to form assets, and buying homes and other assets is delayed. In addition, sometimes there is also a case such as student loans that children and grandchildren were carrying the parents and grandparents of the elderly to take over, more than 62-year-old Americans 860 billion dollars (about 9 trillion yen) or more of student loans, society It seems to be paying from the income by the security system .

Such in response to the current situation in the United States and a growing awareness of the issues with respect to student loans, Bernie Sanders Senator aiming the nomination from the Democratic Party in the presidential election of 2020, ' students over a new tax on financial transactions, loan It has also led to a move to announce policies such as 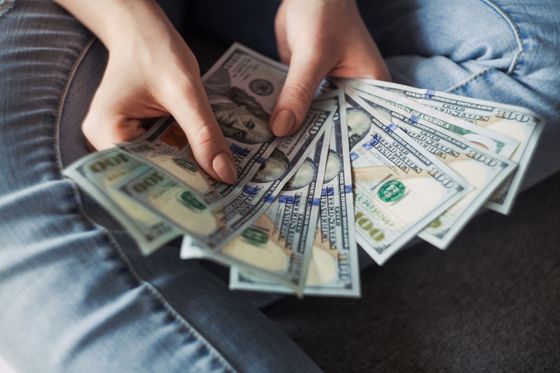 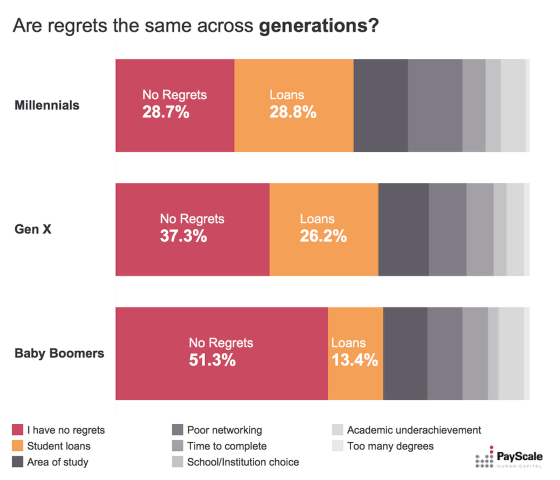 Furthermore, it turns out that the rate of regretting university education also differs depending on the field of study. Students who can easily get high-income occupations such as “engineering”, “computer science” and “management science” and students who majored in “educational science” are less likely to regret, and “humanities”, “social sciences”, “physics and physics” Students in fields that do not have high income occupations such as life sciences and art are likely to regret university education at a high rate. 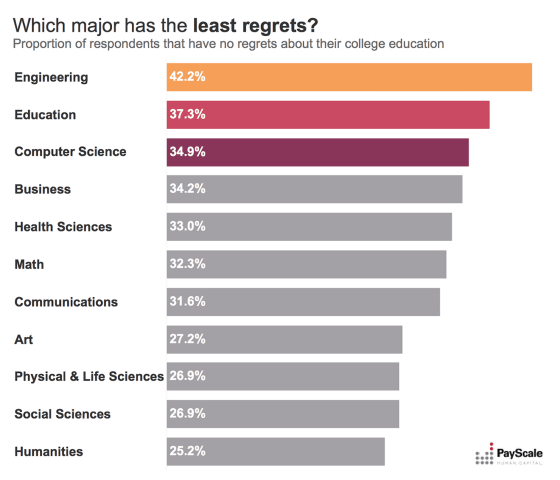 In addition, the contents of 'Whether or not you regret about university loans' are announced separately according to your major field, and the fields with high percentage of regret are in the order of 'health science' 'art' 'social science' 'education' It was followed by 'Mathematics', 'engineering' and 'Communications' in order of not regretting. 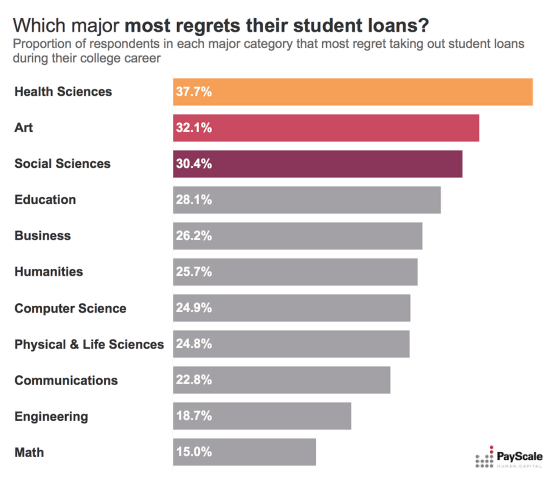