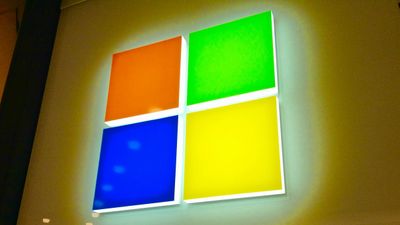 Microsoft prohibits internal use of the free version of Slack , a corporate chat service, and deprecates ' Amazon Web Services (AWS) ' and ' Google Docs ' for internal use, and 'requires business legitimacy' Geek Wired reports.

No Slack for you! Microsoft puts rival app on internal list of 'prohibited and discouraged' software – GeekWire
https://www.geekwire.com/2019/no-slack-microsoft-puts-rival-app-internal-list-prohibited-discouraged-software/ According to Geek Wired's report, Microsoft prohibits the use of Slack's free version, Grammar check application ' Grammarly grammar checker ', Kaspersky 's security software, etc., and ' pagerduty ' of AWS, Google documents, and system alert management tool. It has become clear that Microsoft is deprecating the use of the cloud version of 'GitHub' acquired in 2018.

Detailed internal documentation is also available on why Slack was banned. According to the document, the 'Slack Free', 'Slack Standard' and 'Slack Plus' versions have problems from the viewpoint of security, so they can not be used, but the paid version 'Slack Enterprise Grid' has security problems. Although there is no such thing, it seems that it is recommended to use the company's own instead of competing software because Office 365 provided by Microsoft is equipped with the call / conference application ' Microsoft Teams '.

Similarly, since AWS competes with Microsoft Azure and Google Docs with Office 365, AWS and Google Docs are placed in the 'Do not recommend use' and 'Require business legitimacy' categories within Microsoft. You are Also, GitHub has been deprecated in that it is not suitable for protecting sensitive information, document creation aids such as Grammarly, and grammar checking software allow tools to access company confidential documents when used It is said that it is prohibited to use it.

Slack, who has been banned from internal use in this report, has once cited Microsoft as 'the biggest competitor,' and Microsoft adds Slack to its competitor list as well It has been fiercely competitive for more than two years, for example. Slack just announced a dedicated add-on to work with Outlook, OneDrive, etc. in April 2019.