What is the biggest mistake ever made by Bill Gates, the creator of Windows? 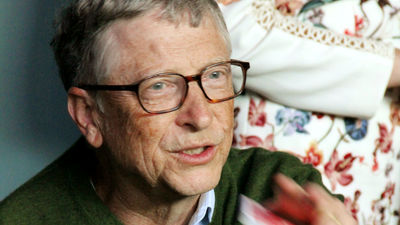 A talk show was held by Bill Gates , founder and CEO of Microsoft and parent of Windows , at the Venture Capital Village Global event. Among them, it is reported that Gates confessed 'the biggest mistake of his own past'.

Bill Gates Just Confessed His Greatest Ever Mistake (He Still Hasn't Got Over It) | Inc.com
https://www.inc.com/chris-matyszczyk/bill-gates-just-confessed-his-greatest-ever-mistake-he-still-hasnt-got-over-it.html

In the talk show, Gates said that software, especially the platform, is 'a winner's business,' and a software engineer's entrepreneur needs to pay a great deal of money to establish a company in order to win a major technical advantage. I explained that there is.

And Gates said, 'The biggest mistake I've ever made is,' Microsoft didn't create something like Android because of my managing mistakes. Now Android is a non-iOS standard It's a mobile phone platform, and it was natural for Microsoft to beat Apple. ' Furthermore, 'There is only one room for non-Apple OSs, and what value is there ... $ 400 billion (about 44 trillion yen) will move from Company G to Company M, ' joked Added to

You can actually see Gates confessing about his past mistakes from around 11:55 in the following movie:


On the other hand, foreign media Inc. pointed out that 'Microsoft's mistake is about thinking too much about economic growth and not considering the people who become users', Apple is advanced The reason for appealing style and design sense is that Steve Jobs instinctively recognizes the existence of human beings. 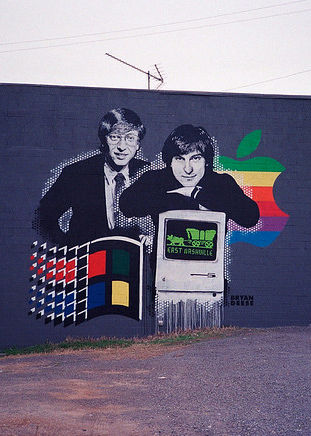 On the other hand, Android, which Google acquired a development company in 2005, has been developed with the idea of Linux, an open source OS, as its foundation. With open source development, Android has been adopted by many mobile phone manufacturers worldwide. This is completely different from Apple's self-contained and self-controlled world, Inc. says.

In 2007, when the first iPhone was released, Microsoft released the portable music player ' Zune ' to compete with Apple's iPod. Steve Ballmer , then co-founder and CEO of Microsoft, was asked to sell an iPhone that combines an iPod and a mobile phone for $ 499 (about $ 60,000 at that time), '$ 499 is high Mobile phones are not attractive to customers around the world, 'he said. An interview with Ballmer at that time can be seen in the following movie:


Ballmer, who had been pushing ahead with the hardware business, had a bad relationship with Gates who wanted to expand its software business. Ballmer, who retired from Microsoft in 2014, said in an interview by Bloomberg in foreign media in 2016 that 'Microsoft is too late to enter the mobile phone market' 'split and use expensive mobile phone charges Apple's business model of being embedded in the fee was innovative, 'he admitted, saying the past remarks were wrong.

Although Microsoft developed Windows Phone and Windows 10 Mobile, which are operating systems for mobile phones , Apple's rivals such as iOS and Android, which boasts a 75% share of the world , can not be defeated, and December 10, 2019 After discontinuing support for Windows 10 Mobile, we did not develop a mobile OS.

Inc. said, 'If Microsoft, when the iPhone appeared, was developing a mobile phone business to compete with Apple, it would have tried to create an isolated garden surrounded by a high wall of high royalty fees.' He pointed out that Microsoft couldn't create a mobile phone platform like Android because it was just a lack of Gates' vision, not a management mistake.

Gates himself is using an Android device, not a Windows 10 Mobile device.