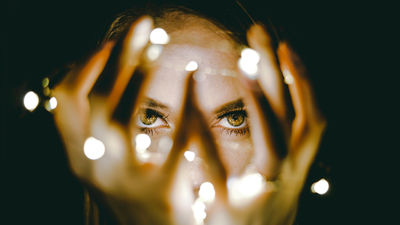 Ethan, a 20-year-old male university student in California, USA, creates a fictitious 16-year-old girl using the “Gender Conversion Filter” installed in the smartphone photo sharing app “Snapchat” and seeks encounters with the matching app Tinder It was a police officer who was stuck.

Since Ethan was a friend of a woman who had been sexually abused as a child, she tried to 'identify a person with a possibility of childhood love.' Ethan uses Snapchat's 'Gender Exchange Filter', which lets you change the gender of the subject in real time, and takes a picture of himself. I published my feminized photo on Tinder as a girl named 'Ester'.

He used Snapchat's “gender switch” filter to pose as a 16-year-old girl online, and took down a police officer toldly looking to hook up. He tipped off the PD, and the officer was arrested.
Our exclusive interview with the man, and why he did it, at 11 on @ nbcbeararea pic.twitter.com/VaGtg14uLL 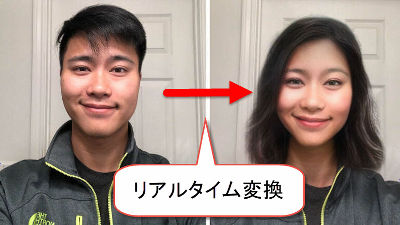 Under Esther, a message from one man, 'Don't you enjoy tonight?' Ethan, as Esther, got in touch with the man in another app and told him, 'I am 16 years old but okay?', But he said he had never noticed it. In California, the ' sexual consent age ' is set at 18 years at which the agreement on sexual activity is legal, and it is illegal to invite people younger than this age. Mr. Ethan successfully interacted with the man, pulled out more information, identified the man as a police officer, and notified 'Crime Stoppers' who could provide criminal information anonymously.

'We talked about sexual activity with minors on social networks,' said Robert Davis, a police officer in San Mateo, California, who was arrested. According to San Mateo police, Davis has been suspended from work. Mr. Ethan says that the police officer was not stuck at a specific target until it was caught.