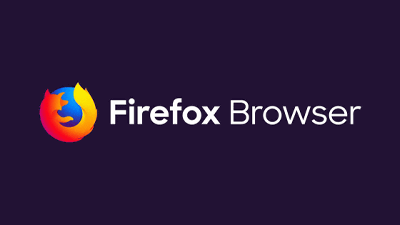 Mozilla, a web browser and Firefox developer, announced on June 4, 2019 that Firefox's privacy protection feature will be enabled by default to further protect user information on the Internet. We have also released a desktop extension of Firefox for the password management app

According to Mozilla, almost every Web site on the Internet collects user information, which is sent to other companies and used to screen advertising targets. Mozilla decided not to support the current state of this data collection, and decided to further strengthen privacy protection in Firefox.

This is a movie that introduces Firefox privacy protection.


During browsing on the Internet, most actions such as clicks, scrolling and browsing are collected as user information. 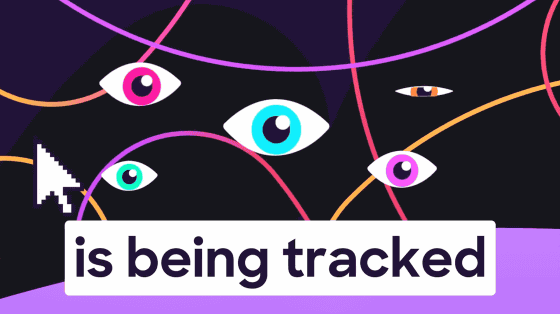 This is to analyze the habits and preferences of the user, and use it for advertisements etc. that sell products. 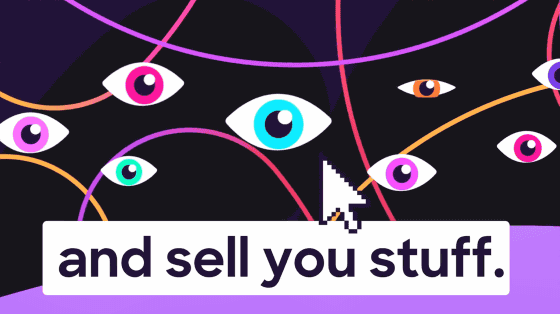 Firefox protects users from such information gathering on the web. 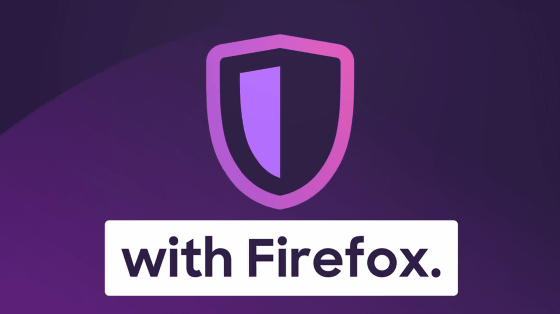 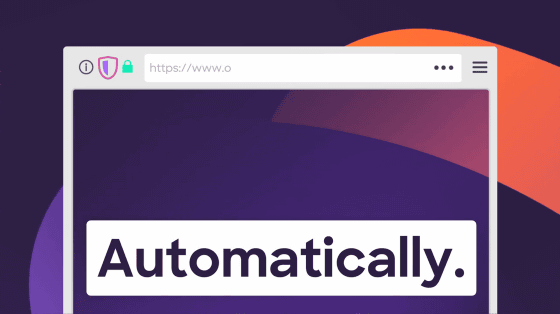 You can also check in the list what websites are blocked. 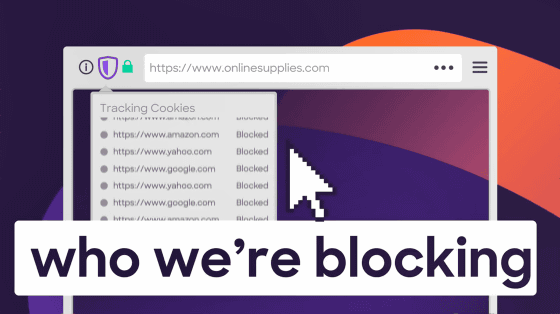 In addition, Mozilla has extended the password management application 'Firefox Lockwise' that was available on Firefox, iOS, and Android terminals, and announced that it has been improved to be able to control password on the desktop more finely. The following movie shows the functionality of the new Firefox Lockwise desktop extension.


Firefox Lockwise is an application that allows users to share passwords stored in their Firefox account on mobile devices. 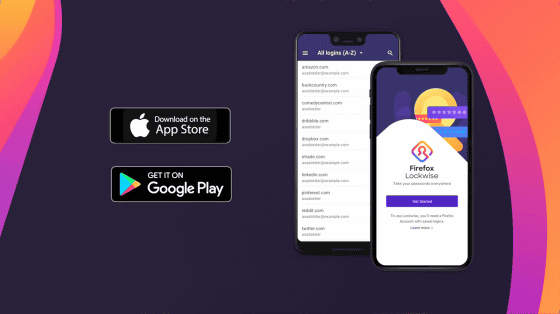 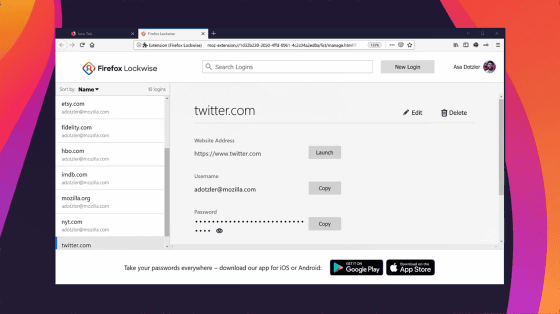 You can see the Firefox Lockwise menu from the menu icon. 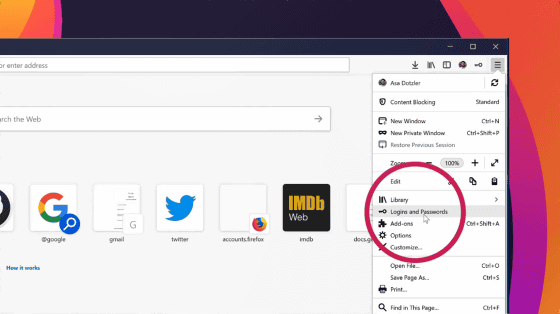 You can check the stored services and passwords in the list, and you can also edit the saved contents. 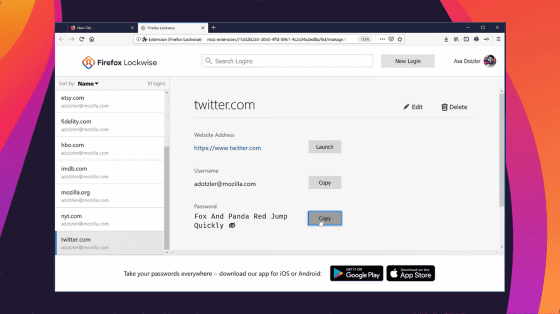 With Firefox Lockwise, you can easily log in to the service from any device using fingerprint authentication and more. 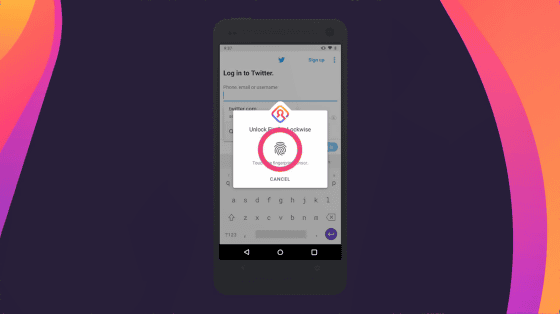 In addition, Firefox has improved its dashboard to manage and track multiple email addresses with Firefox Monitor, a service that allows you to check whether your email address has not been compromised by data corruption free of charge. You can easily track the threat of data breaches for all registered email accounts. 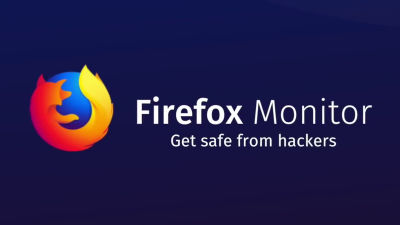