'Everyone's Trauma Movie' comes back, and the latest horror 'SCARY STORIES TO TELL IN THE DARK' trailer directed by Guillermo del Toro is now available 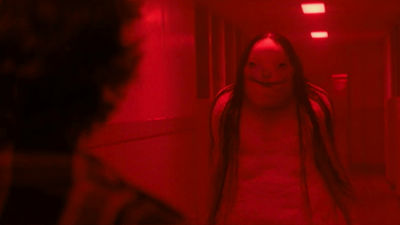 A trailer for the new SCARY STORIES TO TELL IN THE DARK, directed by Guillermo del Toro, has been released for the

movie 'Pan's Labyrinth' , a movie in which everyone is planted with trauma with violent violence and grotesque creatures. The trauma-level creatures in the film are based on an illustration of the original novel by Alban Schwartz, and Del Toro has purchased as many as nine key illustrations while holding a large amount of debt. fan. The weirdness is transmitted with the trailer alone.


Spooky Kakashi standing in the field.

There is a human-like realism and it seems to start moving now.

The boys who came there.

In a blow that made Kakashi.

'The story may become a reality by being told many times' ... and the girl of the image is the main character Stella Nicole (

Invite your friends, 'Don't go to the haunted house?'

I visit a building.

What I found there is a book with a ghost story.

For some reason the door shuts freely.

After that, Nicole brought the book home.

It should be an old book, but somehow the letters look semi-dry.

The character bleeds just as it was just written in blood.

At that moment, Kakashi begins to move.

The next morning Nicole is walking, the atmosphere is not a city.

Nicole recalls that the name 'Tommy' was in the book.

'I can not say that the book is linked to the reality,' he said,

Notice that there is a friend's name in the book.

A boy who was in the house.

When you are told, 'The next story in the book is your name', and 'I'm looking for a thumb that has lost my deity!'

The boy checks inside the house.

'Something' without thumb, crawling in the house

I rushed to the second floor, but ...

What appeared before the boy ....

Several 'tales' in the book

A girl who has a mysterious swelling on his face.

'I should not have touched that book'

Nicole throws away a book.

Something out of swelling.

Nicole delivers the book to the police but does not get along properly.

However, at that time something strange ....

A police station that goes dark.

What came to two people who were in the custody ....

The movie is scheduled to be released to the United States on August 9, 2019. The Japanese release will not be decided at the time of writing. In addition, SCARY STORIES TO TELL IN THE DARK was published as a child horror from the poplar company paperback in 1987 with the title 'whoever comes from the graveyard'. Although it is an anthology of a one-hundred tale ghost story, in the film, the ghost story in this is made into one story.

In addition, Blu-ray of Pan's Labyrinth can be purchased from ¥ 2047 on Amazon. You can see the Amazon review from the following. 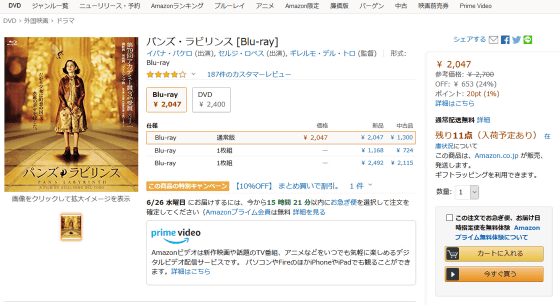 Occult, horror, suspense and mystery ...
What kind of genre is this?

Now the work is against the background of the times and the adult world
The world of the girl of the protagonist goes quietly, fantastically, and like a fairy tale.
A dream, a reality, or a vision ... The ambience is strange because the boundary is ambiguous.
When the girl's mother's remarried partner, a cruel and brutal captain, appears there,
The story is filled with all sorts of fears.
Human beings are the most cruel and scary, and it is Oshima that is drawn as the most important thing.
Because it is pure, it escapes from the reality, in contrast with the world and the reality that the girl dreams and draws
The cruel part that lurks in human beings is being close up.

What happens in the next scene ... imagining it or scaring it
Pause the DVD to prepare your mind, take 2 deep breaths once ...
There were many places to say. It's too scary in a sense.