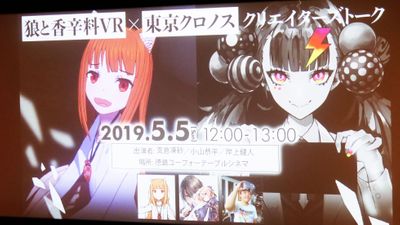 Go to the other side of the screen Anime & ADV
http://www.machiasobi.com/events/vr.html

Coterie circle to the original author, Isuna Hasekura's sponsored 'of the' Spice and Wolf VR 'is light novel' Spice and Wolf ' Spicy Tails plan' is published in such Oculus Rift · HTCVIVE · Oculus Go on June 3, 2019 Is a VR animation. Spicy Tails has released the world's first feature-length VR animation 'Project LUX', and the following 'Tsubaki and Spice VR' also exceeds the target amount with CAMPFIRE and Kickstarter of the cloud founding site, total amount about 72 million yen We have raised expectations from within and outside Japan, such as raising funds.

You can see the state of the moving Horo in VR with the following movie.


And then, the story-teller with Tokyo Hakusaku Hashikura-san, Mr. Kohei Oyama, a scenario writer for Tokyo Kronos. Tokyo Kronos is a mystery ADV game that is unfolded in VR space, and was produced and announced at the Gachi-Asobi vol. 20 held in May 2018.

A talk event in which three creators such as the motion director of 'the paradise expulsion' got together and the new work VR ADV was announced, 'Let's talk about the future of adventure games.' 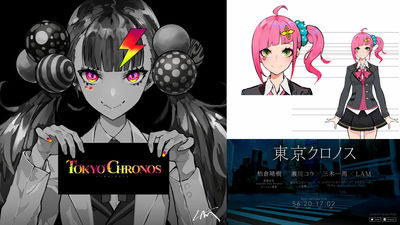 At the event, Mrs. Hasekura Hasekura, author of 'Kushi and Spice', Ryohei Oyama, 'Tokyo Kronos' scenario writer, and Kento Kishigami, the general producer of 'Tokyo Kronos', were on the stage. 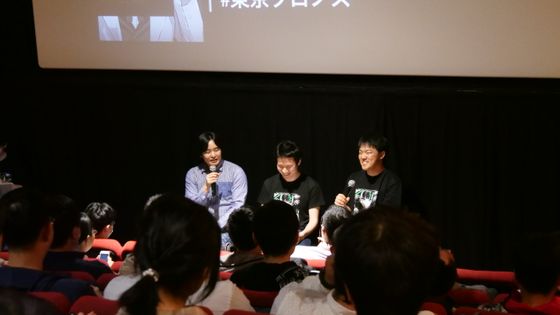 At the talk show, first of all, 'Mochi and Spice VR' was on the topic. 'Samurai and Spice VR' is a complete animation work, but it is not 'watch', but content that 'experiences' in a sense of reality and reality that feels the temperature of the character. The current VR content is horror works like zombies in the mainstream, so it was a work with the wish of having a new VR experience with cute two-dimensional characters. 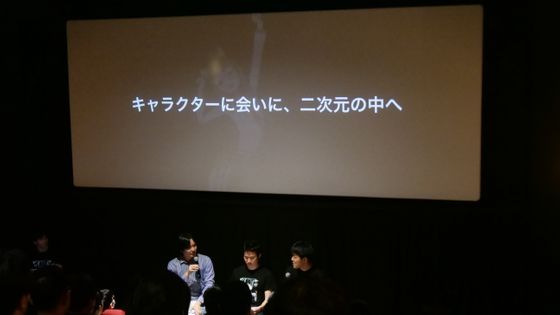 Ten Bunkura . It has become an irreplaceable production team. It is said that 'there is an outrageous project' that the coterie club realizes this organization, but Hashikura-san says, 'If the original author makes an investment and plans, the reason for stopping it is There is no one, 'he says. The STEAM store page has already been released, and the release date has been decided on June 3, 2019. 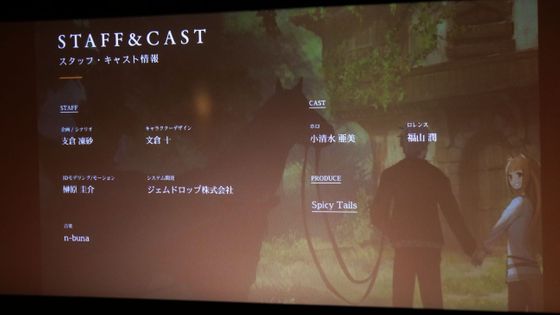 'Tokyo Kronos' is also a work that has a concept in common with 'Tsubaki and Spice VR' in the sense that it can enter the world of VR with two-dimensional characters. As soon as the Oculus version and the STEAM version were released on March 20, 2019, it won first place in the sales ranking in the VR section of both platforms, attracting attention as a new type of ADV game as a VR game or visual novel. You are 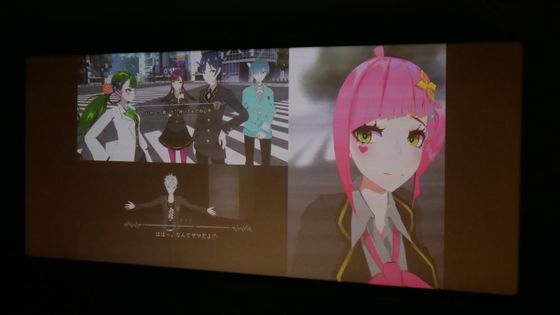 It is said that it is finished in the VR visual novel that changes the past game experience which was over the screen. 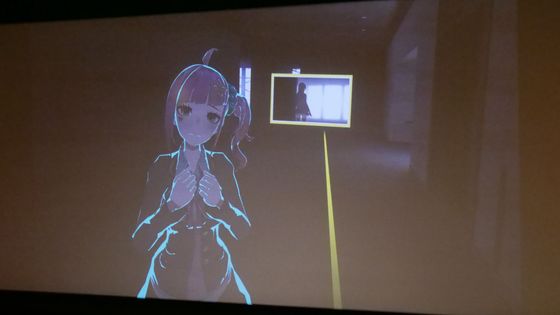 When I was told about two works that open up a new horizon of VR content, I entered the main 'Creator's Talk' corner. The distance between creators and fans is close Machi ★ Asobi's unique questions and last-minute answers will be unfolded. 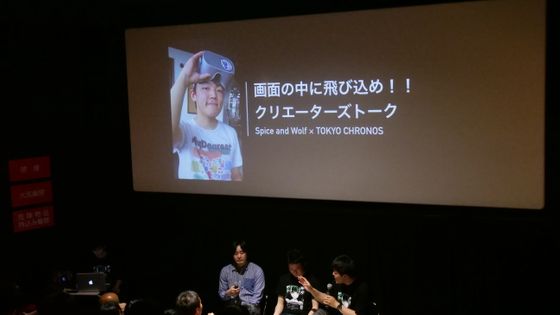 First of all, Mr. Kishigami on the stage asked the question of what is the difference between making a scenario for VR and writing a novel for the two who are working as a novelist. Hashikura, on the other hand, said that hardware constraints were a major point.

The reason is that in VR games, the maximum number of characters that can be made to appear simultaneously is two people, and the stage can not be made wide and the room is full. Because of this, 'Samurai and Spice VR' has become a story interwoven by the protagonist, Lawrence and Holo. 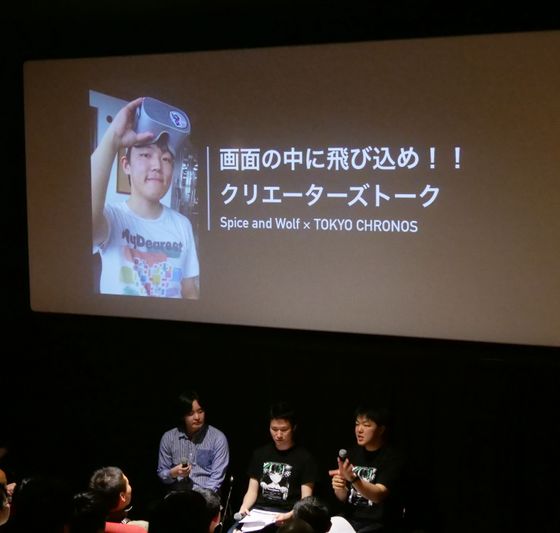 Mr. Hashikura, who made the animation work, made a scenario similar to the game production of 'thinking what can be done from the current machine specs', while Mr. Oyama who made the ADV game scenario felt so restricted It was not so.

However, since the character and the player who are the eyes of the story are the same existence, it was said that there was a hardship unique to the writer that it was difficult for the user to feel the same as the character through psychology and the like. For example, players usually don't suddenly hit other people, but in game scenarios they have to make the character take action without surprises, so they put in retrospectives and dare them to keep them mentally I told that I made a story by making good use of such a direction. 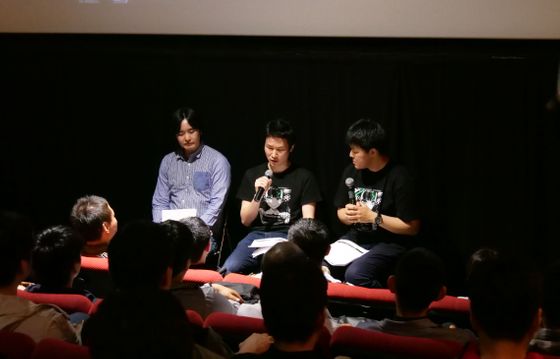 When Kishigami's question is over, Mike goes to the fans in the hall. A fan popped up asking, 'What is the scenario that could not be written due to VR constraints?' It is 'touching a soft thing' that what Mr. Hashikura said could not be realized even if he wanted to make it happen. The engineer implemented a soft stuffed toy in a better way, but when I touched it in the game, it was difficult because I felt that something was wrong. 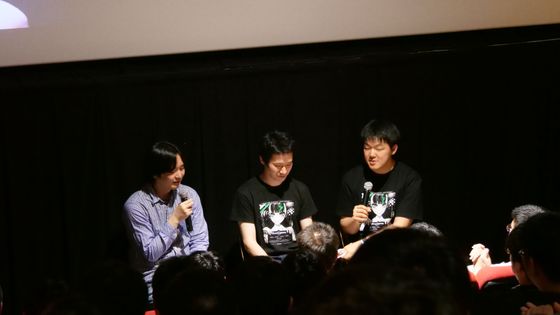 In the question 'Why did you become a creator?', It was answered that Mr. Koyama saw '5 centimeters per second' at the recommendation of a friend. He thought that he wanted to become a creator from anime and light novels from here, but Mr. Koyama, who was a high school student who hardly read a book until then, got his first time in a high school library, “Samurai and Spices” It was said that it was. 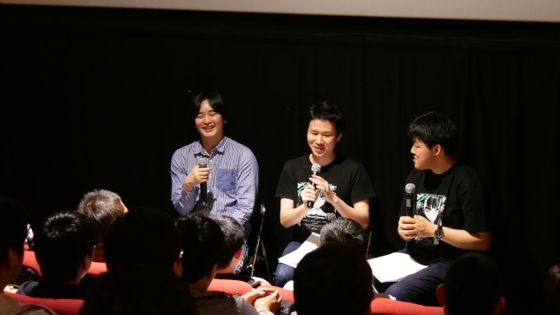 well known that Mr. Hashikura has become a writer, so I went one step further and answered 'The reason why I decided to make a VR work'. There, there was a bitter experience of having missed the boom many times, saying, 'It will not be so popular by any means,' such as Narou system or Hatsune Miku . As for Hatsune Miku, in particular, if I started from the beginning of the boom, I made a joke saying, 'Now I have become as famous as Yonetsu Genshi now,' and I was caught in a whirlpool of laughs. 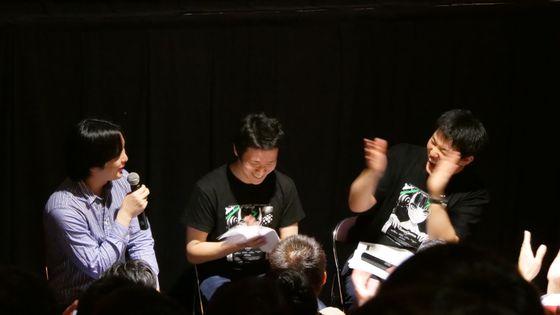 So, I decided to make an animation work with VR that 'I think this is going to be a great thing'. It is '

Yuru can △ ' that such Mr. Hashikura is hoping to watch it by all means in VR. Hashikura, who talks enthusiastically that she does not need anything if Shima Lin is across from a bonfire in VR space, was nodding a lot to the venue fans.

Contrary to such expectations, the VR content is so new, even in copyright management, the person in charge is confused as 'is it a game or an animation?', So existing content holders seem to be sluggish . The expectation of the venue was raised to the “Tsubaki and Spice VR” which opens up a breakthrough with the strength of the original author because of the stagnation of VR content that comes from such difficulties. 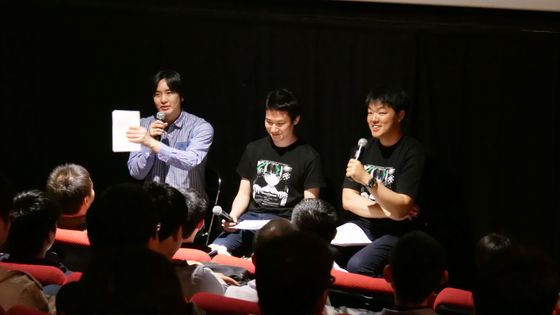 At the venue, new information on the talk show for the first time in the world was also announced. One of the first is the

collaboration between MyDearest , who produced Tokyo Kronos, and the Good Smile Company , which is famous for its series of figures such as Nendoroid and figma. It is said that in the future, development is planned with a view to making it into a product with a system similar to the production committee. 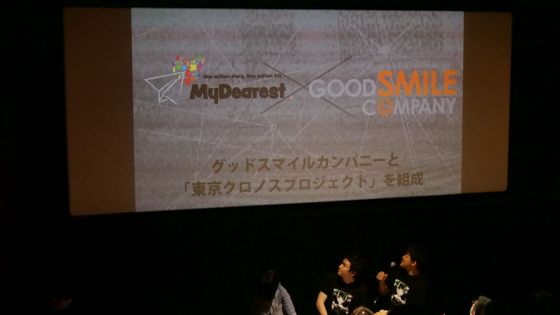 The second of the new information is the NOVELIZED decision of Tokyo Chronos. Of course, Oyama-san who was on stage this time of writing. The publication was scheduled for the end of July, and it was also for this announcement that it was rushing while the deadline was approaching. 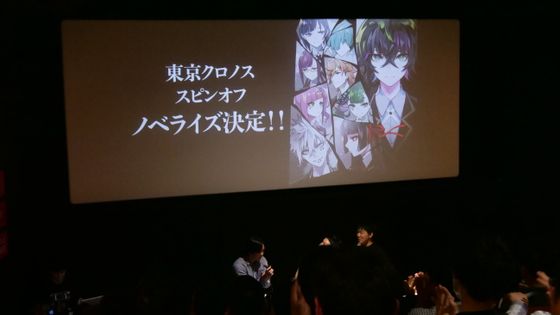 Creator's Talk of 'Mochi and Spice VR × Tokyo Kronos' is over! ! From the many questions from the venue, the story of the spread NG was very exciting! ! This is what you get for a free brochure. At the venue, I could actually wear the VR goggles to experience the game. And this is the Good Smile Company booth in Tokushima Ekimae Poppo Street Shopping District. 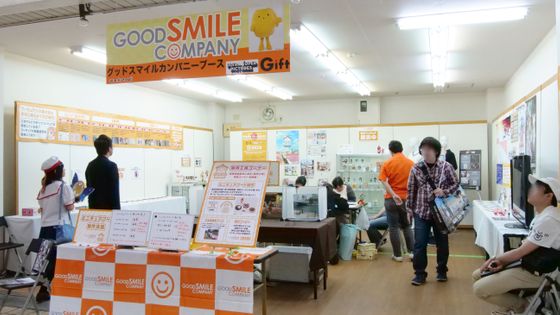 There were molds etc. that were actually used to mold the parts of the figures in the hall ... 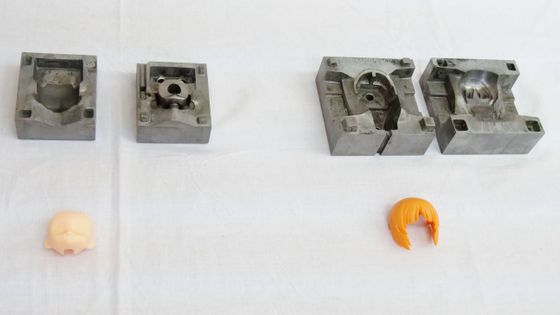 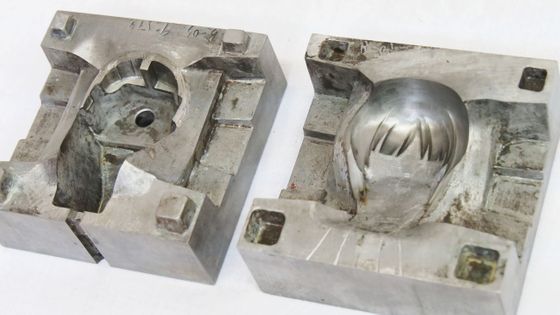 Also found a poster for Tokyo Kronos near the entrance of the booth. 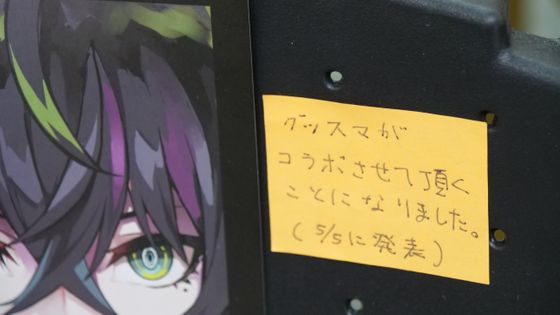