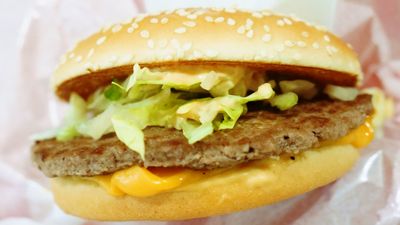 McDonald's billboard menu ' Big Mac Jr ' which made it easy to enjoy a small size for a person who 'can't eat Big Mac alone!' It became new appearance from May 17 (Wednesday). I was actually eating at McDonald's because I was wondering how different the size was from the regular menu Big Mac.

The 'Big Mac' series is the first appearance of that popular overseas product!
http://www.mcdonalds.co.jp/company/news/201/0411a/ At the storefront, there was a sign to show that the newly released 'Big Mac Junior' had appeared. In addition, 'Grand Big Mac' and 'Giga Big Mac', which have been

released in the past, are reappearing at the same time. 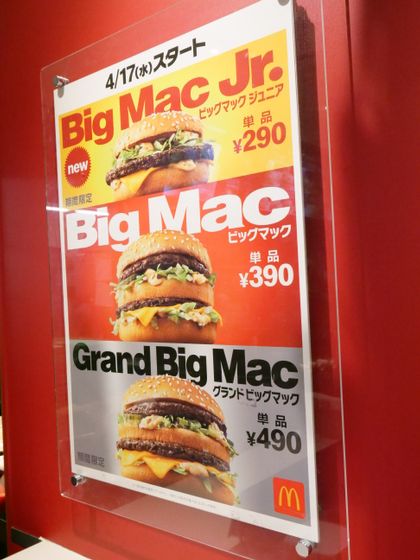 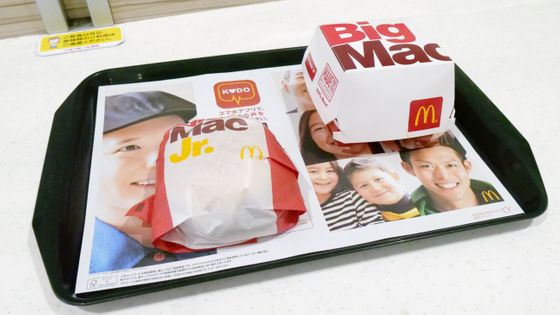 When I open the package and compare it, I feel that the Big Mac Junior on the left is a little smaller than the Big Mac on the right. If you check the calories on McDonald's site, ' Big Mac ' is 525 kcal while '

Big Mac Junior ' is 412 kcal, which is more compact than Big Mac and the calories are modest. 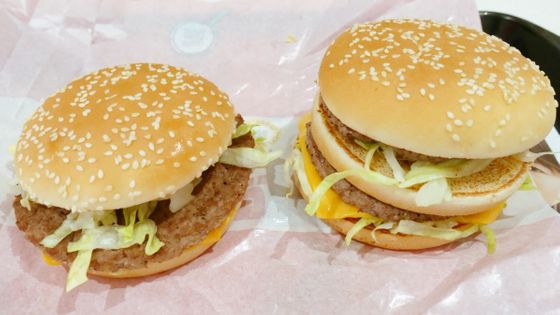 From the side, you can see that Big Mac Junior is less than Big Mac. 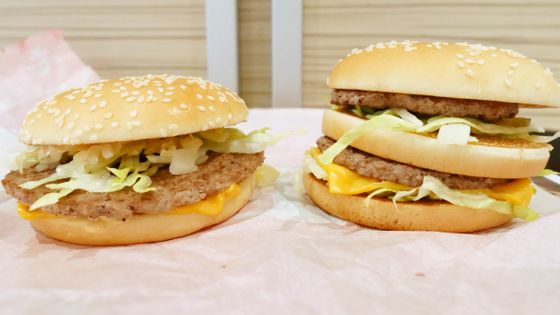 Big Mac Junior ingredients are stacked in the order of lettuce, pickles, beef patties, cheddar cheese and Big Mac sauce with Big Mac sauce from above, but in the case of Big Mac, beef Patti Pickles under the buns. Lettuce is sanded, there is one more buns in between, and another lettuce with beef patties, cheddar cheese and big mac sauce is sandwiched below. By comparison, Big Mac Jr. uses a slightly larger size of patties instead of one smaller than the Big Mac. Below Big Mac Jr. beef patties are sliced cheddar cheese and Big Mac sauce, while Big Mac has lettuce with sauce between patties and cheese. 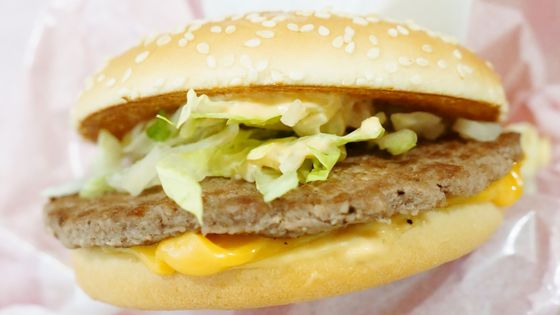 Big Mac Jr. is sold at McDonald's nationwide for a limited time from Wednesday, April 17, 2019 to the middle of May. The price is ¥ 290 for tax separately, and ¥ 590 for tax and value sets that can be ordered with side menu and drinks.