It is proved again that if the MacBook Air that stopped working is baked in the oven, it will completely break 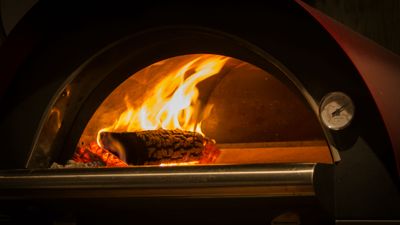 Everything starts with Wooldrich dropping a MacBook Air from a height of about 30cm one day. Wooldrich's MacBook Air seems to have worked without problems when it was dropped several times before, but it was bad that day, even if the power switch was turned on, the power supply could not be turned on at all .

The following picture is Wool Drich's MacBook Air when it worked without problems. The following day, according to Internet support guidance, Mr.

Wooldrich, who knew on the Internet how to repair MacBook in the oven, decided to burn the MacBook Air logic board again in the oven. The principle of this “oven repair method” seems to be the same as the reflow soldering that is performed after preheating the board and parts at about 150 to 170 degrees. Wooldrich took the MacBook Air logic board and digital I / O board using a pentalobe driver and a Torx driver and set it in the oven.

The oven used for Wooldrich's 'Oven Repair Method' looks like this. 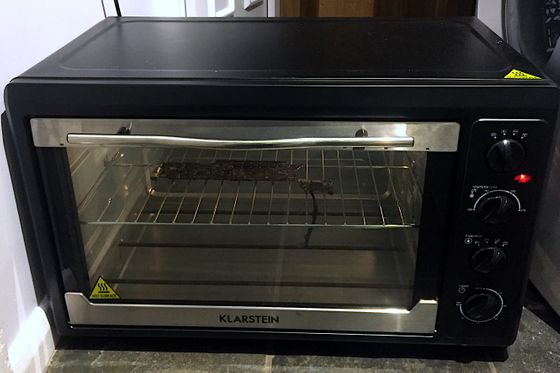 According to the recipe on the Internet, it is recommended that the logic board be baked at 170 degrees for 7 minutes, and there is no description such as 'whether preheating is necessary' or 'whether to apply egg yolk for glazing' That was. Mr. Wooldrich did not think that he wanted the surface of the logic board to become shiny like a commercially available apple pie, so he decided to bake the logic board without preheating or yolk.

It seems that the logic board heated up to 170 degrees did not smell so good, but Wooldrich solved the problem with a simple and elegant method of opening the door that leads to the outdoors. It seems that some thin wires `` bent in an unnatural direction '' at the stage of baking for about 6 minutes, but Mr. Wooldrich seems to be quite confident in the situation of oven repair, the last 60 seconds During that time, I decided to raise the oven temperature to 180 degrees. When I actually raised the temperature, the resistors and parts attached to the logic board made a popcorn-like sound, blown out smoke, and the logic board itself bent in the middle.

This is the image of the logic board and digital I / O board after baking. Looking at the arrow, you can see that the CPU has been lifted from the logic board. 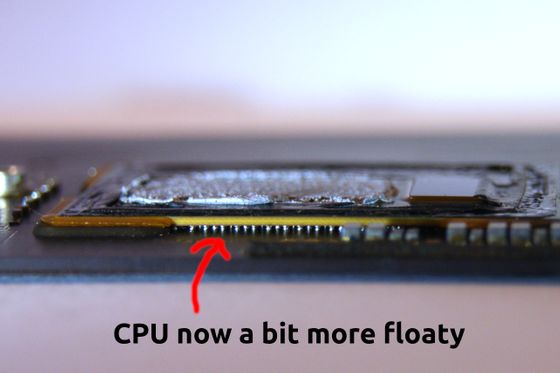 The USB port and MagSafe connector have drooped. 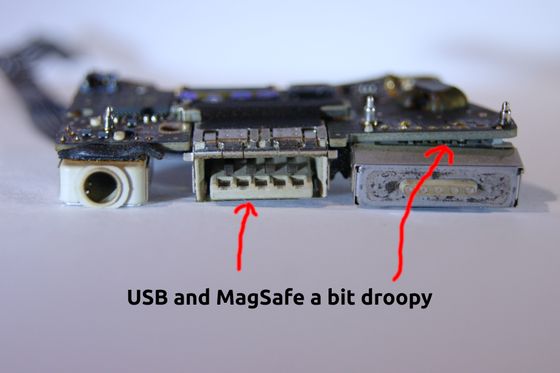 Of the three arrows, the top arrow points to the place where the original resistance was removed, and the resistance pointed to by the two lower arrows is wobbled. Wooldrich tried to restore the logic board by soldering the logic board after cleanly ventilating the smoke generated by baking in the oven, but the MacBook Air never revived. In response to the question 'Wouldn't you have to take it to the Apple Store and ask for repairs?' I knew that it would cost (tens of thousands of yen), so I decided to take it to see what kind of reaction the Apple Store rep would do with my oven repair. I answered.