The world's longest winged airplane 'Stratlaunch', 117 meters wide, succeeds in the first flight and may contribute to space development 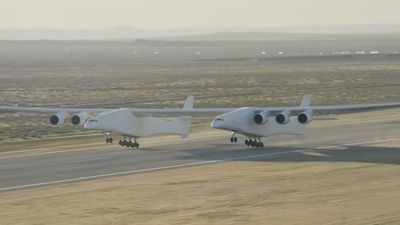 Mohave Airport in California, USA, at 10:30 am on April 13, 2019 local time, the world's longest winged airplane ' Stratlaunch ' with a length ( wing width ) of 117 m at the left and right wings. I flew away. The Stratolaunch test flight, which has spent eight years on development, is expected to be successful and may play an important role in the field of space development in the future.

The US venture company Stratolaunch Systems made a test flight of Stratolaunch, the largest wing in history, on April 13, 2019, and succeeded in about 150 minutes of pilot flight. Stratolaunch, who flew from Mohave Airport, climbed to 17,000 feet (about 5200 meters) by the time it landed at the airport, and recorded a top speed of 189 miles per hour (about 304 kilometers).

'The moment I saw Stratolaunch flying up was very exciting for me,' said Jean Floyd, CEO of Stratolaunch Systems. 'The flight was very good. The plane moved exactly like a watch,' commented test pilot Evan Thomas.

You can watch the Stratolaunch actually fly from the following movie.


A plane that appears on the unlighted runway. It is the Stratolaunch, the world's longest-wing aircraft scheduled to be tested. 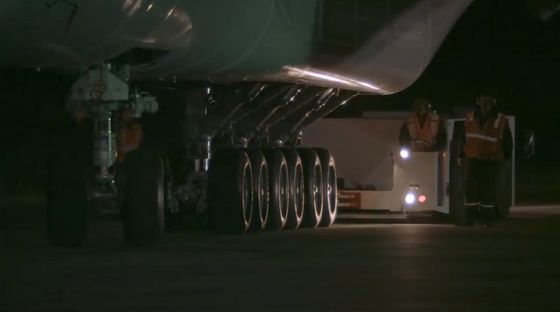 The pilots get in. 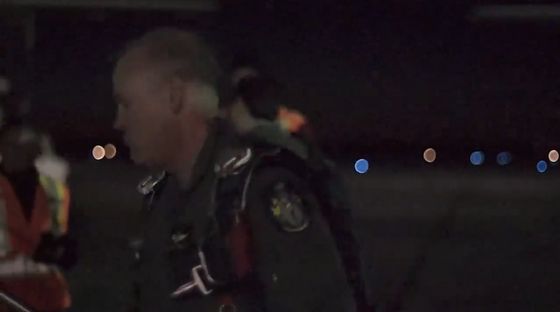 The Stratronich is a type of plane called a

twin-body plane , with horizontal and vertical tails attached to the two fuselage. The Stratolaunch, which boasts the largest wing span ever, is said to occupy the end-to-end of a hangar with an area of 100,000 square feet (about 9,200 square meters). 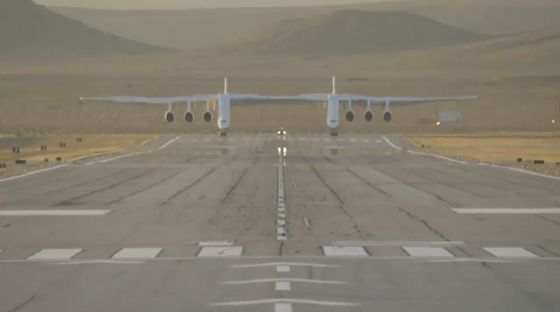 Stratolaunch running on the runway. 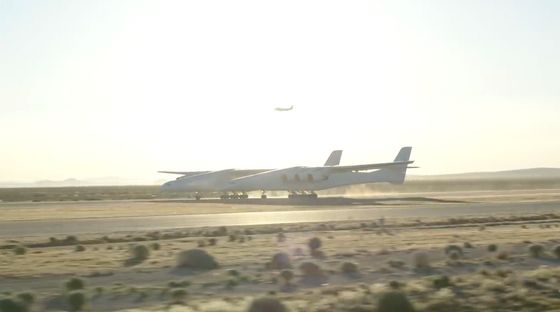 The takeoff is a moment of tension for the pilots as well. 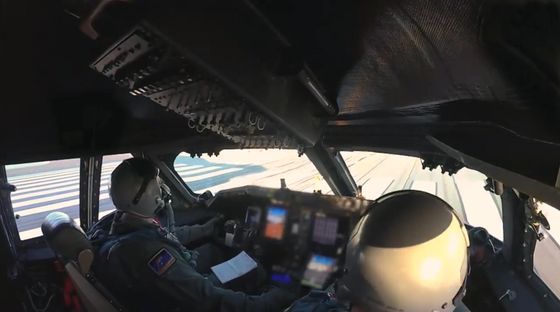 Stratolaunch, who glides vigorously, has finally left the ground. 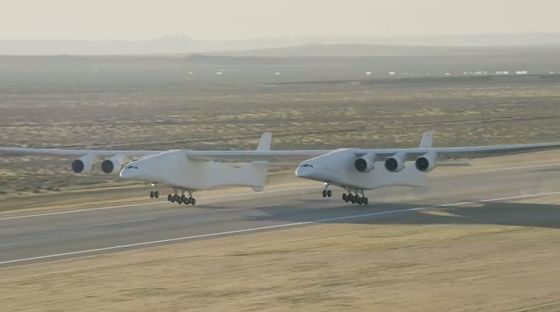 Stratolaunch, which rises to the blue sky, receives a great cheer from the audience. 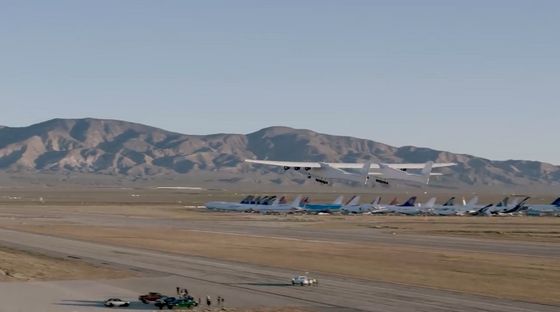 If you are unfamiliar with a twin-body, it may seem a bit strange that a plane with two torso is flying. 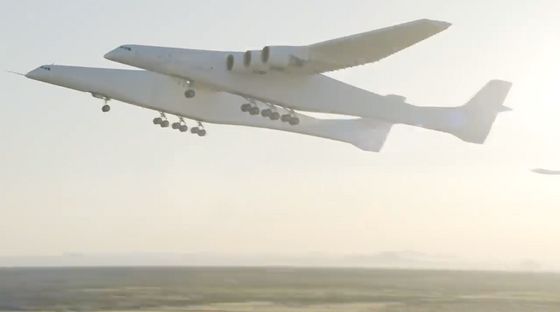 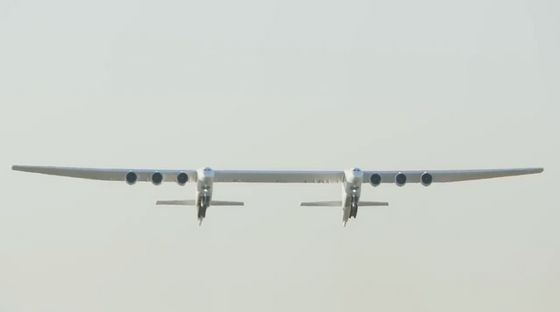 Paul Allen , founder of Stratolaunch Systems, also known as Microsoft's co-founder, died of malignant lymphoma in October 2018. Mr. Allen did not hesitate to see this flight, but Floyd said, 'The moment Allen was not at takeoff, I whispered' Thank you 'to Allen the moment Stratolaunch took off. '. 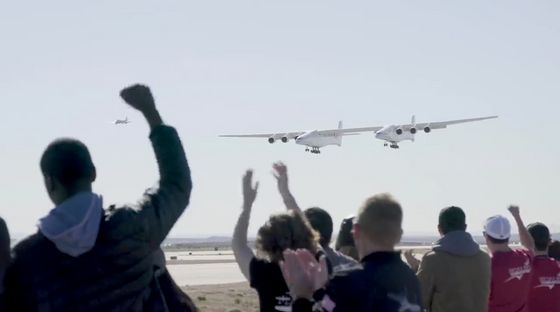 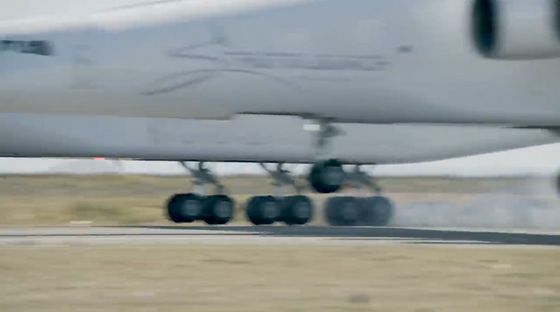 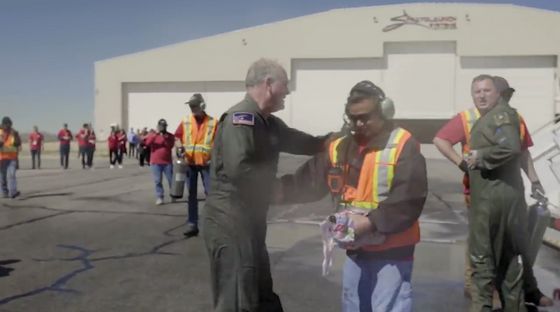 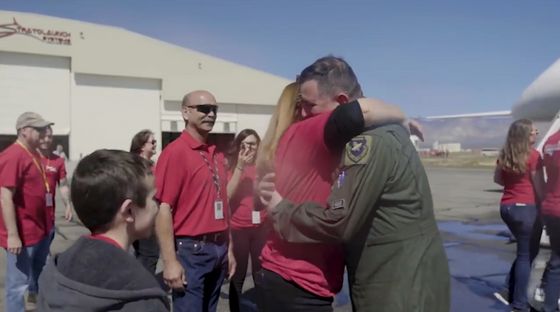