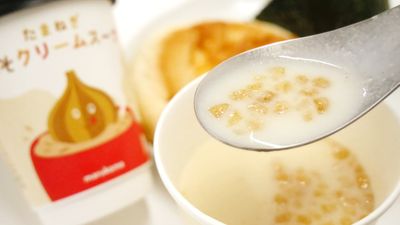 miso and koji (Koji) developed “ Marcome onion miso cream soup ” a one- handed cup soup. It has been preceded by Lawson since March 19, 2019. 'Marcome onion miso cream soup' is a combination of miso and cream in a cup soup of Japanese and Western, and it is said to be compatible with Lawson bread and rice balls. I ate it actually because I became curious as to what it would be like to taste the combination of miso and cream.

Marukome The onion miso cream soup cup looks like this, enough shape to hold with one hand. The onion character drawn on the package is said to be called Tamanosuke. 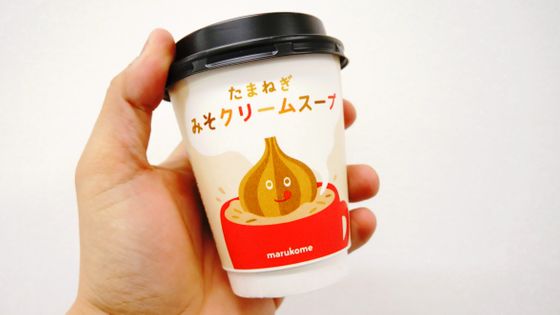 In the 'one-handed cup soup', the lid had a spout. 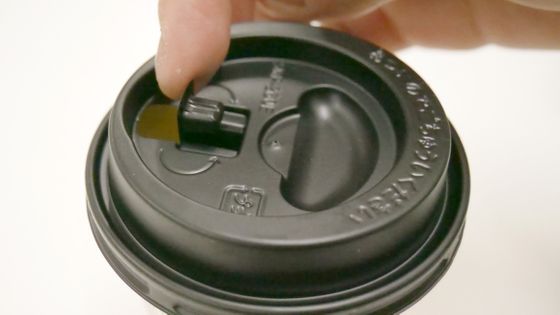 Raw materials are as follows. Along with 'powdered fat and oil', 'onion powder' and 'chicken extract powder' and raw materials that are unique to onion soup, 'powdered miso' was also included. In addition, as for cream soup, there were also names of 'protein-concentrated whey powder', 'powder using milk etc. as the main ingredient', and 'processed cheese products'. 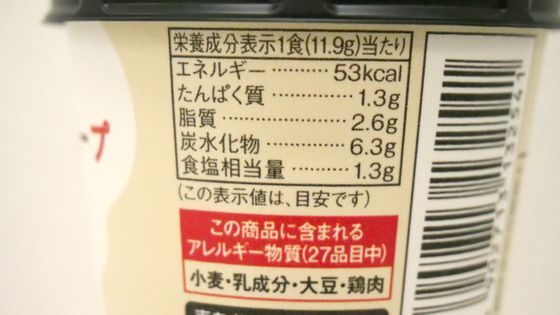 When I open the lid of the cup, only a bag of powdered soup. 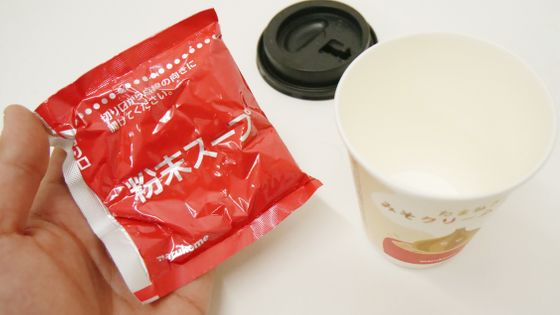 The amount of hot water required is 150 mm. There was a mark on the side of 'Indicative position of hot water' but ... 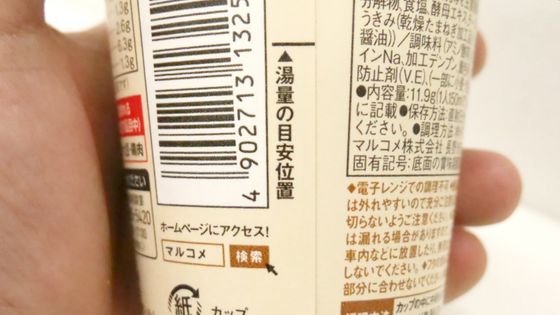 There is no guide line inside the cup. Therefore, it is better to use a measuring cup when making it. 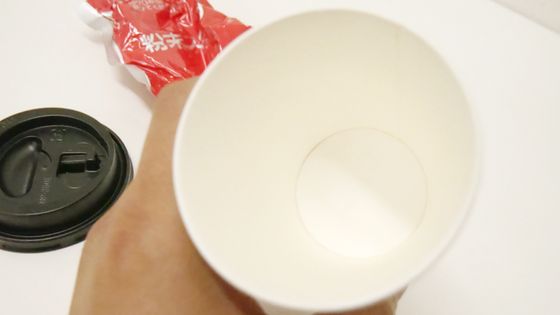 Open the powdered soup in a cup and pour 150 mm of hot water in a measuring cup. 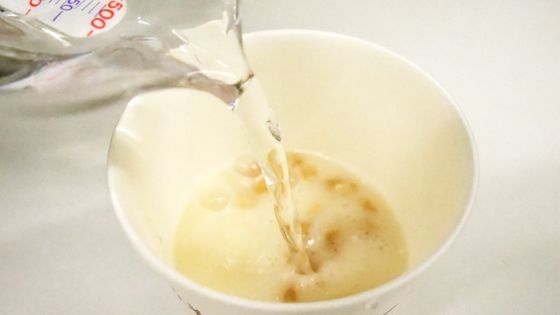 Stir well and you're done. There is a nice smell of onions. I can not endure, and when I take a bite, it is a cream soup with a smooth texture. The taste of the miso can be felt firmly, but it is not a sum taste like miso soup, but the impression that it is finished in a mild onion cream soup. The umami of the miso and the cream is mixed and there is a rich taste. The amber onion had a crispy texture and a good accent in the mild cream soup. 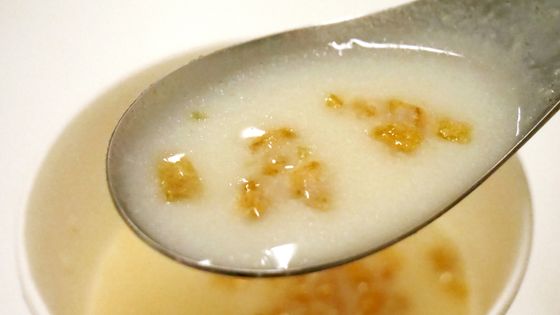 According to Lawson's product development staff, 'Marcome onion miso cream soup' has excellent compatibility with bread and rice balls, and in particular, ' 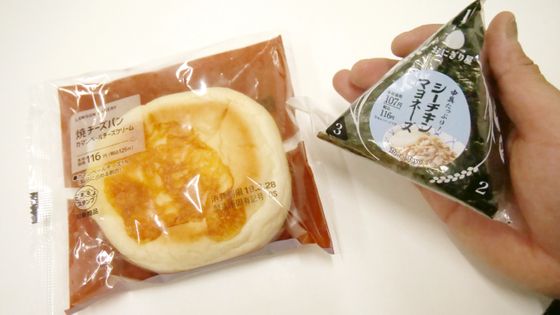 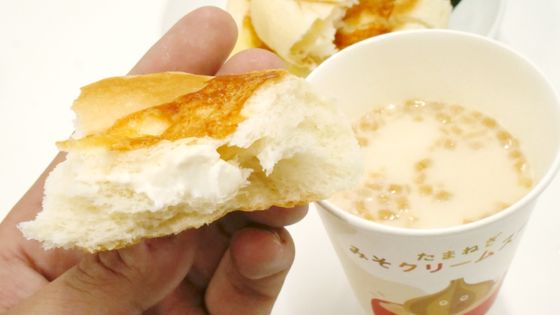 Next time, I ate it with 'Hand-rolled rice ball Sea chicken mayonnaise'. Only the soup's flavor is of course well-matched with rice balls. And, the mildness of the cream soup was added to the sourness of the vinegar and the body of the egg included in the mayonnaise, and I was able to enjoy a more mellow taste. 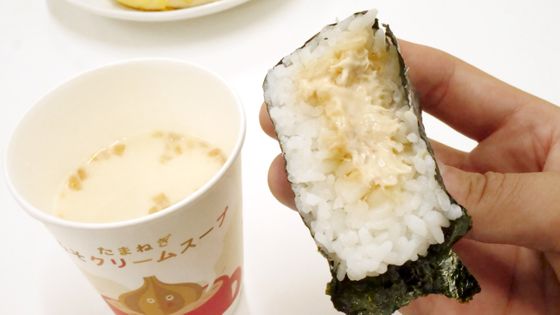